How to solve issues with shader model in VirtualBox?

I have a virtualized Windows 7 (32bit) machine using VirtualBox software on a native Linux host.

For some advanced software (ArcGIS Desktop 10.1) I need:

OpenGL version 2.0 runtime minimum is required, and Shader Model 3.0 or higher is recommended.

I've been running a system requirements check, these are the results - telling me that there is no shader model available: 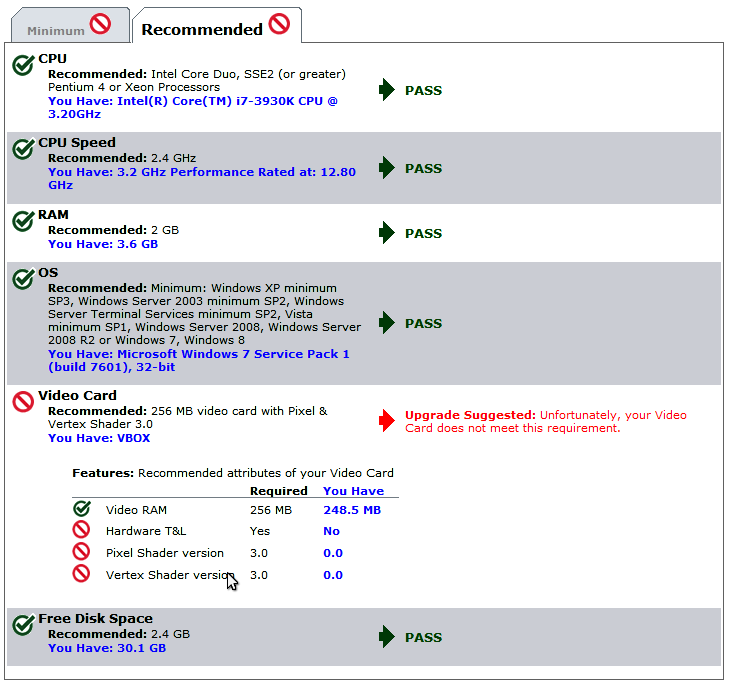 Now, I was wondering why? VirtualBox has shader model support since early versions. I downloaded the OpenGL Viewer software to check out video card settings. This are the results: 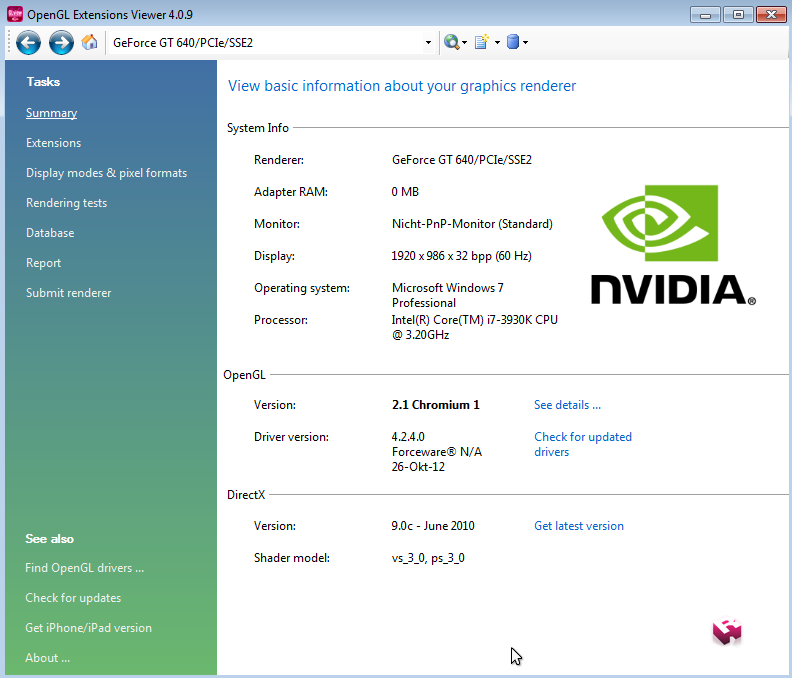 The OpenGL Viewer tells me I have OpenGL 2.1 as well as vertex and pixel shader model version 3.0 installed. So how come some software is not detecting this?

By the way ArcGIS is not working correctly - as explained in this thread. That's why I think there are some serious issues with the shader model in VirtualBox.

How to fix this?

I figured out: To successfully enable shader model, you need to install the experimental WDDM drivers for 3d hardware acceleration. Like described here.

Well, my answer is about DirectX shader support, i hope it will be useful for someone because sometimes Opengl and DirectX are interchangeable.

Guest additions with experimental WDDM driver do not enable pixel or vertex shader model 3.0 for DirectX or OpenGL. I tried spoofers instead: DXTweaker and Swiftshader.

DXTweaker aka DirectX Tweaker spoofs values but apps/games do some additional checks and do not detect shaders 3.0. By the way, it only exists as time bombed beta and you need to set date in VM to somewhere in 2005 to get it working if you want to try its tweaks.

Swiftshader works but it is available only as demo and it displays its logo over the rendered image. Also it crashes for me in several ways:

Also keep in mind that spoofed shaders are not emulated, and will not be rendered. You will see glitches in resulting image.

Not the answer you're looking for? Browse other questions tagged windows-7 virtualbox graphics-card virtualization opengl or ask your own question.