How to get emacs terminal theme for emacs app

This may be a weird one. I have read questions on how to get the terminal to display better colors but I like the colors that emacs uses in my terminal (256 colors, Mac OS X). I am a complete noob in a ll of this, so I am pasting what I think may be relevant from my init.el file below.

I'd really appreciate if someone could tell me about a theme that would replicate emacs colors from the terminal in the EMACS app (for those that don't know what an app is, its the commonly used word for programs in the application folder on OS X).

This is what it looks like on my terminal: 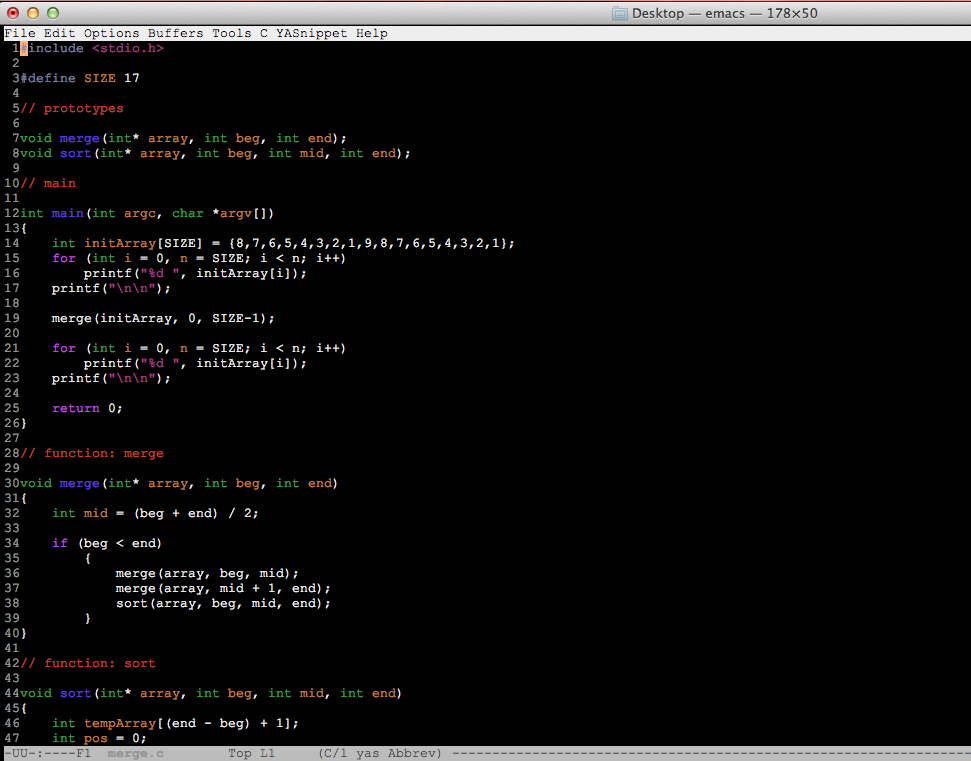 Seems like this simple question is not so simple to understand. Let me try it again.

Hope that clears things up.

After searching the web for days on end, I found the theme that was close enough to what I was looking for. Its called ir-black and can be found here:

I had to change some colors to make it look exactly as I wanted it to look. I'm going to paste the color settings here for anyone else to copy, if they are interested.

http://www.byteengine.net/custom-colors-in-snow-leopard-terminal-64-bit has a method to customize Terminal colors in OSX Snow Leopard using the TerminalColours plugin; I don't know if these solutions would work in Mountain Lion (and I only have SL to test, sorry!)

replicate emacs colors from the terminal in the app.

By "the app", you mean Terminal, right? It's not completely clear what you're trying to customize.

Not the answer you're looking for? Browse other questions tagged mac emacs osx-mountain-lion color-theme or ask your own question.

7
Using C-M-% to do a query-replace-regexp in Emacs running in Mac terminal
1
Can't open cocoa emacs from terminal using open -a
2
Multi-term in Emacs under Cygwin doesn't correctly identify terminal type?
0
Why would this work - making the OS pointing to Emacs GUI app instead of the default one?
4
Correct way to get emacs 16 color support inside tmux?
1
How to create a Mac App launcher for Emacs via HomeBrew?
1
Getting garbled and unreadable text from some color themes with emacs on ubuntu terminal
1
Treat terminal like an emacs buffer