I have two 720 KB Mac (System 7) 3.5" floppies from high school. Since floppies demagnetize themselves with time I would like to "clone" them to another medium before it's too late. These were my first 2 floppies I used in school and they contain my programming projects from the early 90's. I would like to archive them ASAP.

Something like an ISO but for floppies would be great. I just want to mount the file to a virtual floppy (either in a regular environment or in visualization).

The trick is that I don't have easy access to a Mac anymore. Is there a Windows program that can (raw)read a Mac (System 7) floppy and make an image file of it?

Creating an image of the floppies, once you can read them, is easy enough. The problem is finding the hardware which can read them.

At the time that 3½ inch floppies where common there were three wide spread systems which wrote to them:

If you do not vary the rotation speed then the outside part of a disk will pass much more quickly beneath the RW head. This does not optimally use the capacity of the disk. So the Mac was smart and varied speeds.

The downside to this is that you need a drive which can do that, and the mac was the only common computer of that era which did that.

All of this means it that you need some non-standard-pc hardware to read the disk. Once you have that it is a simple matter of using ``dd if=/dev/floppy of=/home/mybackup bs=84 `. Once you have them as an image you can open them with a recent Mac OS/X. (OS/X 10.4 has read only access, so I guess just for backing them up modern is not even needed).

That leaves the problem of getting the right hardware. Sadly the only answer to this seems to be to find an old Mac.

There seem to be two solution for the PC:

Both use their own hardware rather then a PC floppy controller.

I found MacDrive Standard which allows me to read floppies, CDs, DVDs and HDDs directly in the Windows explorer. It worked with all my 1.44 MB floppies, but my 720 KB ones were unreadable. Not sure if they are damaged or if they need special hardware.

When MacDrive is installed I can even make images with WinImage (but it will not show the image contents even if there are Mac files in the image). If MacDrive is not installed WinImage can't make the image.

I then sucessfully mounted the floppy image with Mini vMac (an early Mac emulator).

Now the only thing is that I can't read are the older 800K (720K) floppies whit this method.

MagicISO Maker works for me. The option is in the tools menu as Make Floppy Disk Image. Just give the file a name as a *.bif file. I've done this to an old bootable MacOS 7 diskette and did Write Floppy Disk Image (the option directly under Make Floppy Disk Image) to a diskette I've once used as a Windows EBD disk and my old Macintosh recognized it exactly the same as the original bootable disk. The Mac can't tell the difference between the two (if only the FDD had eyes). the disks I used are 1.44MN but 720KB diskettes should work just the same and should work if copied onto 1.44MB disks.

I do not think disk drive speeds as being variable or steady paced arent a factor. I've backed up and restored (for testing purposes) on a PC and they work fine on my Mac. They also work on my Basilisk Mac emulator as well with the same results.

Use Winimage 8 or later - it create floppy images. 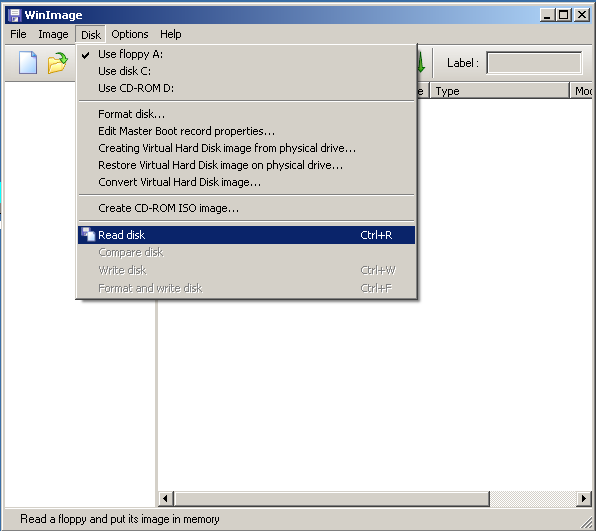 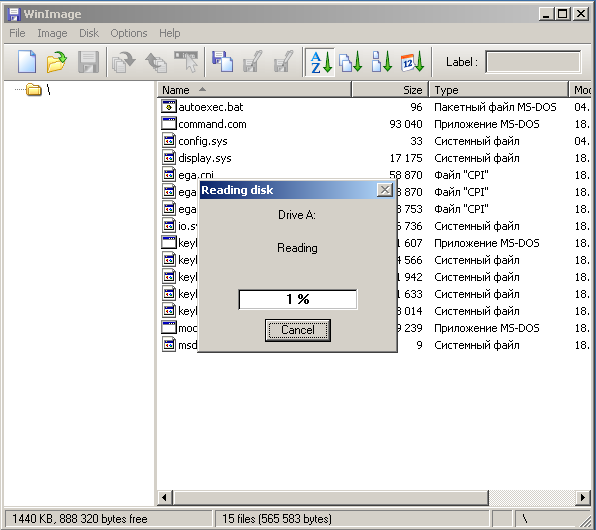 Save as IMA - read in Vmware and Virtual Box 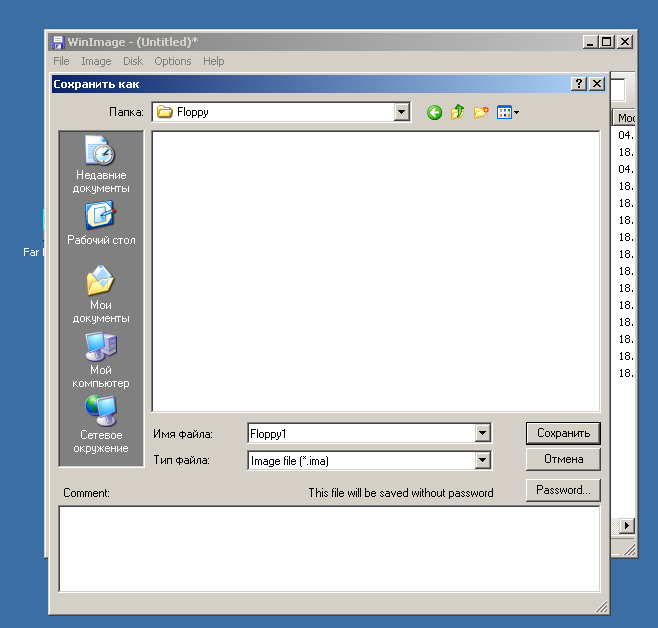 Not the answer you're looking for? Browse other questions tagged mac backup floppy or ask your own question.