I use Google Chrome and have specific settings for it and which apps I have downloaded for it. I use it with many of my computers (two laptops, desktop, phone, work desktop, etc.). I have a LOT of apps on my Google Chrome.

Now, my one laptop is slow and is only used for simple tasks like getting on the internet and surfing the web. When I open Chrome, it, of course, runs ALL the apps I downloaded and loads EVERYTHING. Just the very task of opening Chrome, takes a while, let alone opening multiple tabs. Now, this laptop is only being used for simple tasks and more than half the stuff I have downloaded on Chrome, I don't use on this laptop.

Is there anyway on Chrome to remove some of those apps ONLY on the Chrome browser on my slow laptop?

I would like of other computers that use Chrome, to continue syncing with whatever I do, but only have one computer that is "partially" synced.

I'm figuring that if I don't have as many apps running in the background, that it won't suck up much of the CPU, so I can do some other small tasks at a reasonable speed.

In Chrome on your slow laptop, open Advanced sync settings (chrome://settings/syncSetup), turn off "Sync everything", and uncheck anything you do not want to sync to the laptop. This will only affect the laptop where you change these settings. 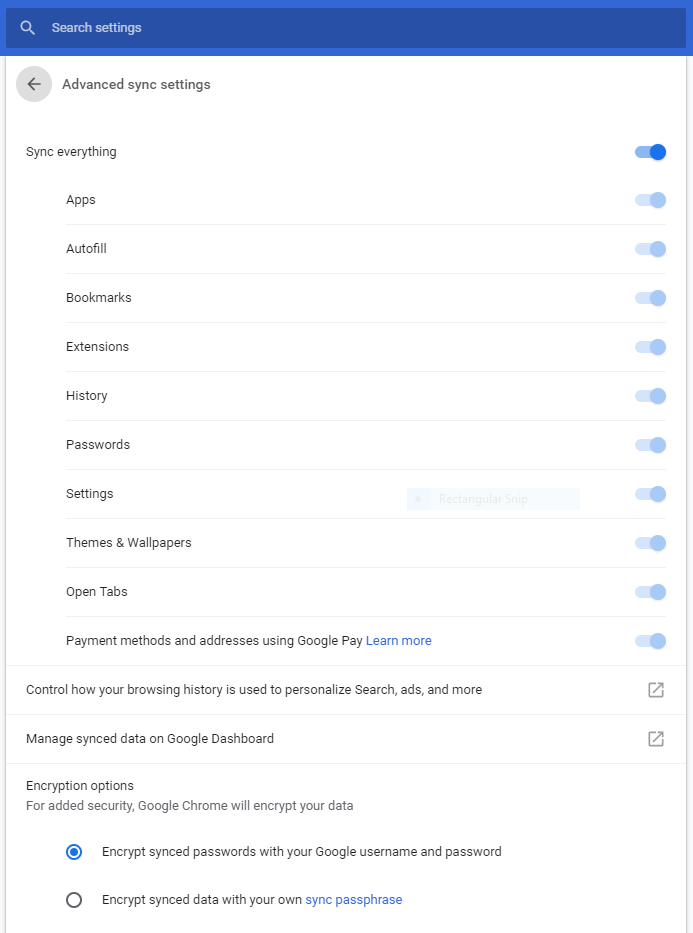 After unchecking "Apps" in this list, you will experience the following behavior:

This is an rather old question, but still something that have been bugging me. So here is my own two cents.

You might be able to use an another extension to do this. I myself have been switching between these two plugins: "Extensions Manager (aka Switcher)"

A simple menu to enable, disable and access options of extensions. Another addition to the 'Simple' series. This time its an extension manager.

I like both of the extensions, but haven't gotten to a point where I can say which one I like the most. Both of them are going through a lot of development and are updated frequently.

Not the answer you're looking for? Browse other questions tagged google-chrome google-chrome-extensions google-workspace or ask your own question.

152
How to disable Chrome extensions without disabling them across multiple synced devices
14
Maintain different set of extensions in Chrome, on different PCs
0
Can I use the same Google Chrome sign on for 2 different computers and have different settings on each computer?