How do I get my ThinkPad T420s to boot Ubuntu 12.10 (on disk) instead of trying to netboot first?

I just installed Ubuntu 12.10 on my ThinkPad T420s (no other operating system installed), and it is working. But there is a small thing which I just don't like... Everytime I shutdown and reboot, it's not automatically booting to GRUB. Insted you first see how the laptop tries to receive a image over the network. If i abort this attempt wich Esc or Ctrl+C it goes to a blue screen with two tabs (boot menu and application menu). On this boot menu I can choose between "Ubuntu", "ATAPI CD0...", "ATA HDD0...." and "PCI LAN...". If I choose Ubuntu, GRUB and Ubuntu boots.

I have already tried to install Ubuntu 3 times, every time with this same strange result. Can anybody tell me what's wrong here? Is it any configuration in BIOS I cannot find?

Just disable network booting in the BIOS. And change the device boot order to have "ubuntu" at the top.

Don't switch to "legacy only" booting, you have an uefi install of ubuntu (most probably, anyways).

Based on your reply to Daniels comment, it sounds like you should try disabling UEFI boot in the bios. Use legacy instead. That might give you the boot menu you are used to seeing.

You can change your device boot order in the BIOS, as suggested by Daniel Andersson.

For the Thinkpad 420s, after either a cold boot or warm restart you will need to hit F1 as soon as you see the thinkpad logo appear (F1, not the blue ThinkVantage button). Act quickly, or the opportunity will slip by! 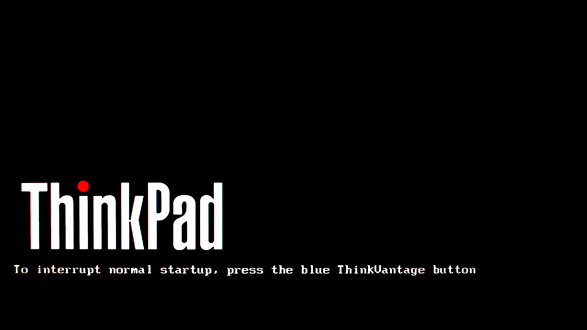 The BIOS Setup screen will have "Thinkpad Setup" at the top, with blue and black text on a gray background. Navigation is generally done with the arrow keys. Use the right-arrow key to step over to the "Startup" menu. The "Boot" item is the first item in that menu, so it should already be highlighted:

Hit Enter and it will bring up the boot order menu. Use the up and down arrow keys to navigate to your network boot device ("PCI LAN IBA GE Slot 00C8 v1366"), and then use the minus ('-') key to move network booting lower in the boot order, after your hard disk. When you are done in Setup, use F10 to Save and Exit.

Your next reboot should then find the hard disk first, and not attempt to boot from network.

2
How can I get my Thinkpad T420 to boot directly to GRUB, skipping the boot menu?

9
How to chain GRUB2 for Ubuntu 10.04 from Truecrypt & its bootloader (multi boot alongside Windows XP partition)?
1
Dual boot automatically boots to Ubuntu
0
Windows 8 & Ubuntu 12.10 Dual Boot: Windows 8 as default OS
0
Getting Windows to boot first after installing Ubuntu on ThinkPad T430s
2
How can I get my Thinkpad T420 to boot directly to GRUB, skipping the boot menu?
3
How to boot into ubuntu directly?
0
How to skip motherboard boot manager when powering on?
1
Can't install Ubuntu from USB
1
How to fix dual boot Ubuntu/Win 10