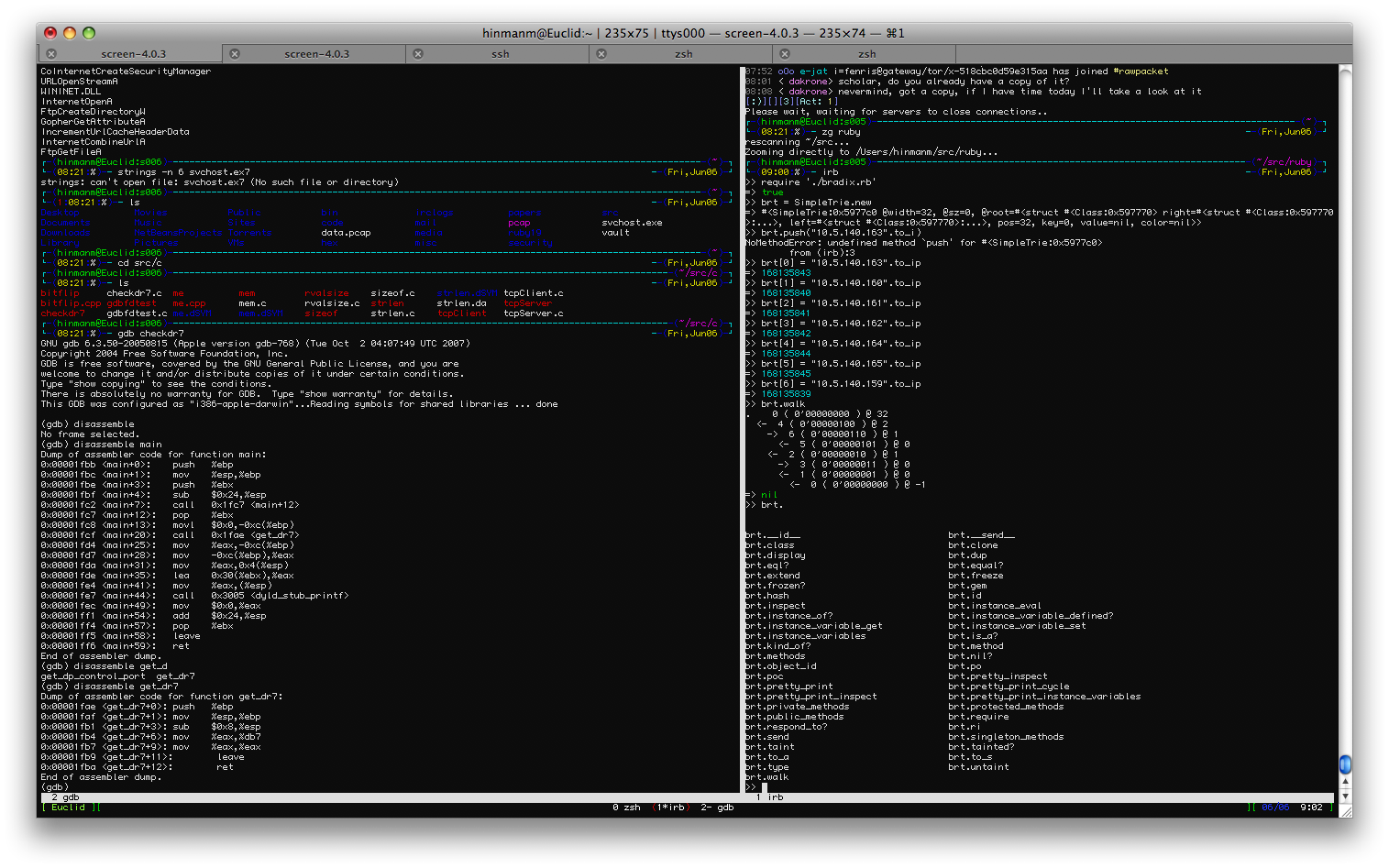 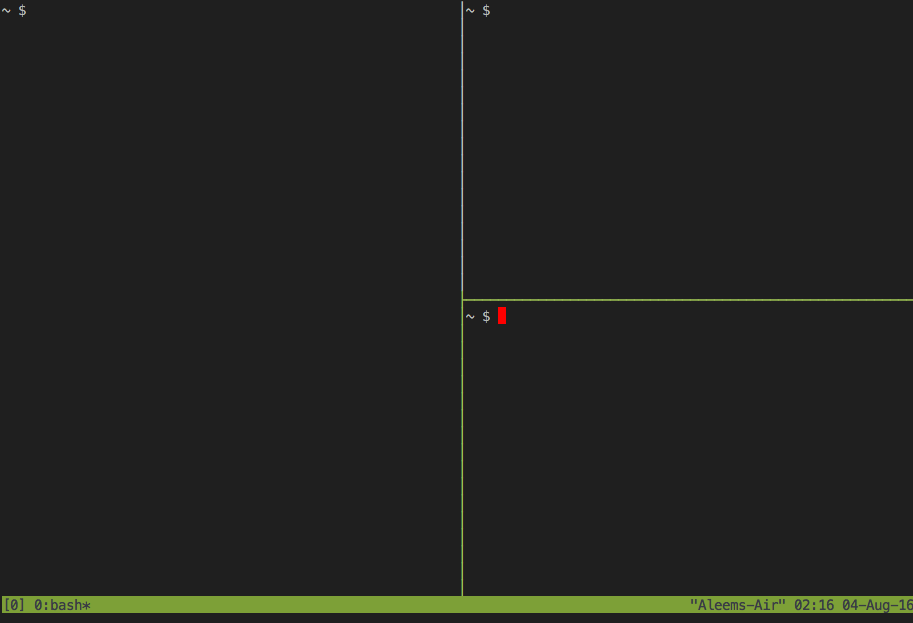 1
Mac Terminal Doesn't display Unicode UTF-8 Properly when ssh'ed into Linux and running Emacs
22
How can I hide or remove the split-pane bar on the right in Mac terminal?
1
How to get emacs terminal theme for emacs app
2
OS X terminal 'split pane' different sessions
6
Creating a "focus mode" for tmux? (one centered pane flanked by two blank panes?)
0
Run 8 commands in parallel in equalized tmux panes