I'm working on a massive Java web application which is kept under centralized version control, but the source files are used to build and run the actual server, which then copies all the files I work on into a random temporary directory while it's running.

My problem is that I need to either rebuild this huge application to see any changes to my files, or keep track of all my changes and copy over the files I've changed back to their source location before committing them back to source control.

My question is: is there a command line script I can run that will monitor any changes in the source folder and automatically copy changed files across to temporary folder X?

The idea is to remove the human point of failure in having to manually mitigate the two-locations problem.

I suggest FreeFileSync, which appears to have the ability to create a script that will automatically sync the two folders every few seconds. I haven't played with it personally, but it looks promising. 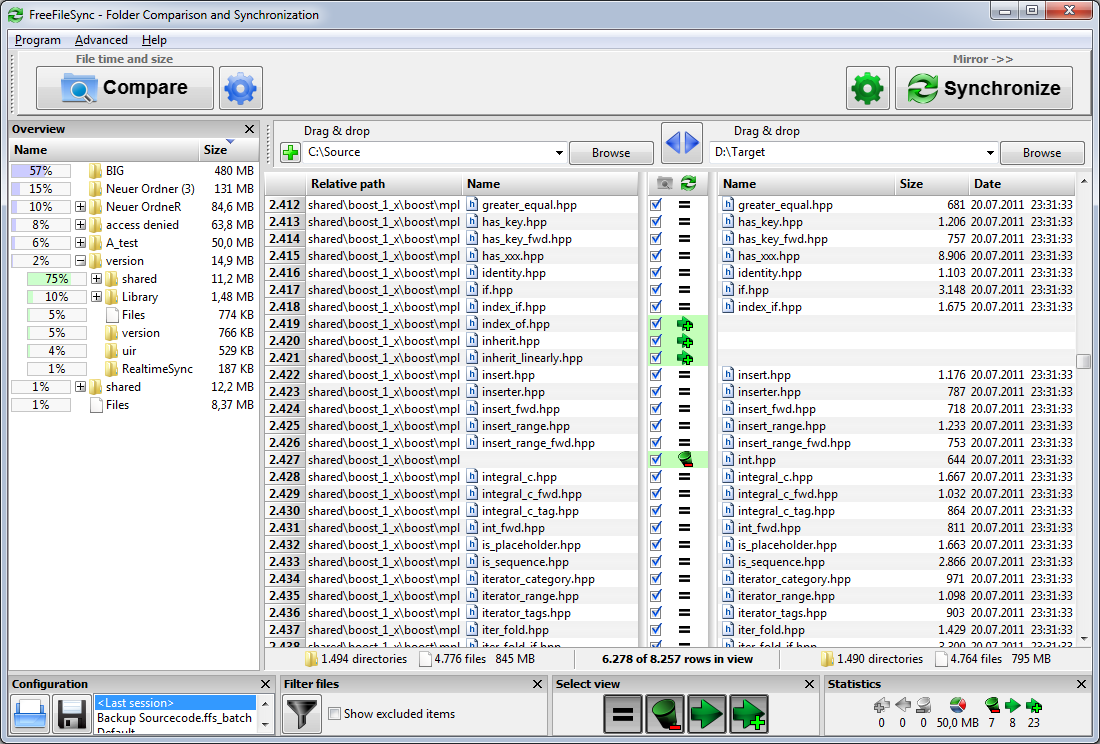 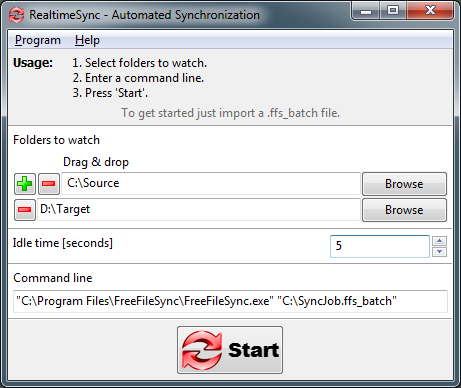 Have you considered using RoboCopy? http://ss64.com/nt/robocopy.html

RoboCopy can be set to copy the data after a set period of time has elapsed and/or a number of changes to the datasets have occured.

You also might want to have a look at the (ageing) DeltaCopy client and server. Basically, it’s a Linux-like rsync implementation for Windows, scriptable (using the Windows scheduler, if wanted) and its main advantage is that only the changed parts of a modified file (yes, file!) are transmitted. This can save a lot of traffic on big projects. A disadvantage is, of course, that it has to build and transmit a file list before.

Also, there are some (small) caveats:

Well, it also has advantages (that’s why I still use it daily):

Well, up to you. Have fun! (And let us know about FreeFileSync!)

A useful command is xcopy /m src\* dest. this will copy all files from src to dest and clears the archive bit on all the src files. Whenever you touch a src file, Windows will automatically set the archive bit. Next time you run xcopy /m it will only copy the changed files.

If you want to run it continuously, write a small script like

Use robocopy to mirror a directory tree:

Not the answer you're looking for? Browse other questions tagged windows command-line filesystems file-management file-transfer or ask your own question.

2
Find copies of folders? (Not files)
1
Windows incremential copy files keeping all versions with datetime in filename
25
rsync --remove-source-files deletes source files one by one or after rsync completes?
3
win 7: copy all files from a complex folder structure to one folder
2
Can't change read only folder in windows 7
0
RoboCopy and length of file paths
0
Copy file creation timestamp from source files en masse
0
Use list of partial file names in txt to copy files from one folder to another
4
Preserve all timestamps when moving data from one NTFS drive to another