How to find out when a disc (DVD) has been written/burned?

Is there a way/tool to determine the date and time when a disc has been written/burned with high certainty? This is about data forensics and should be a solid proof. I already tried IsoBuster, but it didn't show me the date/time at which the track has been written.

Most optical data discs use the ISO 9660 file system standard Volume and file structure of CD-ROM for information interchange, the Universal Disk Format Specification or both (called a UDF bridge).

To find out which, you can execute

on Linux after the disc has been mounted in order to identify the optical disc drive's device file.

Here, the device file is /dev/sr0. The command

will display the available file systems. If both are present, analyzing the ISO 9660 one should be easier.

The standard specifies the field Volume Creation Date and Time as a numerical representation of the moment of the volume's creation, written to the 814th through 830th byte of the Primary Volume Descriptor in the following format:

where CC are centiseconds and O is the offset from GMT in 15 minute intervals, stored as an 8-bit integer (two's complement representation).

This information can be analyzed by any tool that can dump/read the raw data on the optical disc. On Linux, you can use dd to dump the relevant part of the image and hexdump to view the last byte properly:

The standard specifies the filed RecordingDateandTime as a binary representation of the moment of the primary volume's creation, written to the 376th to 387th byte of the Primary Volume Descriptor in the following format:

Here, each pair is an octet (byte), i.e., XX is composed of two hexadecimal numbers.

Again, the first 32 KiB of the disc aren't used by UDF. In addition, the following 32 KiB bytes are reserved for a legacy ISO 9660 file system (which may occupy more space if present).

On a "pure" UDF disc, the command

will display the encoded timestamp.

For testing purposes, I've created an UDF image with K3b. The output of the dd command was the following

Yes, there is: date and time attributes is what you are looking for. Just change view of the folder and check Properties of the file.

Checked a minute ago one disk on both W7 and Mac OS X. See screenshots below.. 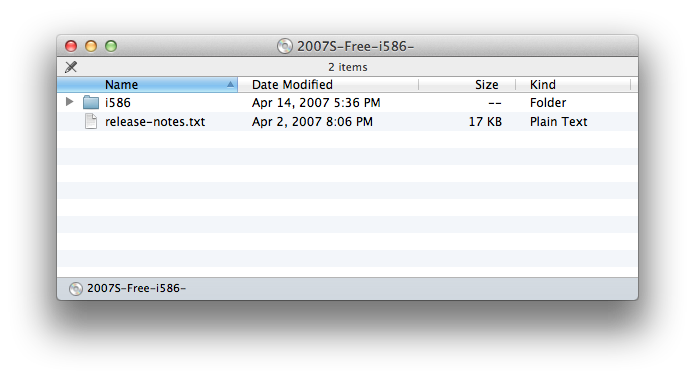 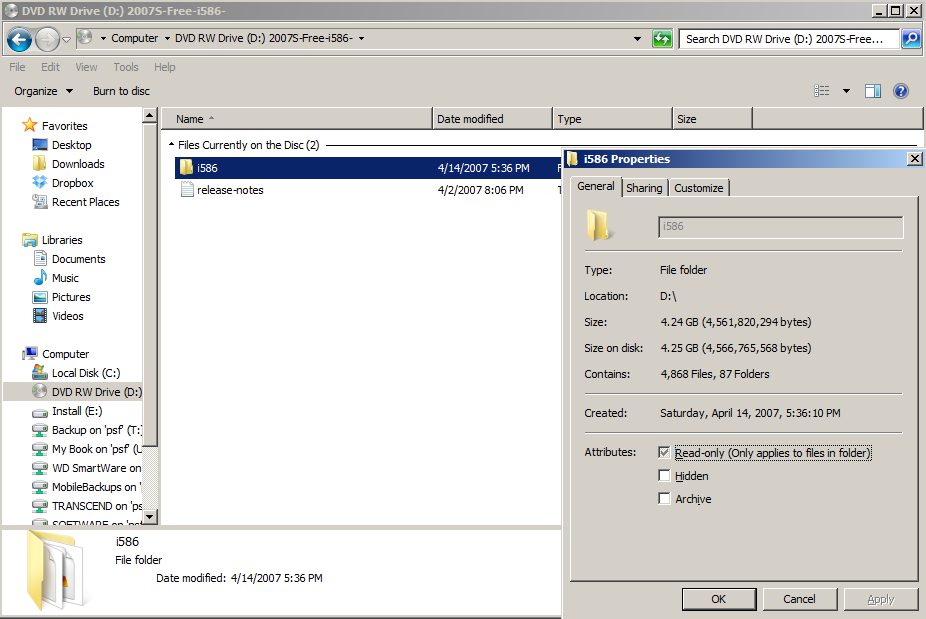 Not the answer you're looking for? Browse other questions tagged security dvd compact-disc burning forensics or ask your own question.

-1
How do I tell if a CD disc was burned 3 days ago or 3 months ago by physical inspection?
3
How to find out when an audio disc (CD) has been written/burned?

5
Verify burned CD image
2
Problems using InfraRecorder to back up ISOs of certain CDs
4
"Empty" DVD, but supposedly contains a backup, how to diagnose?
4
How is a hard-drive a bottleneck when burning a CD or DVD?
1
How to find out additional information about burned CD or DVD disk?
1
.ddd file - Verity Documentum?
78
Why can't we write over a CD/DVD after it's been burned/finalized?