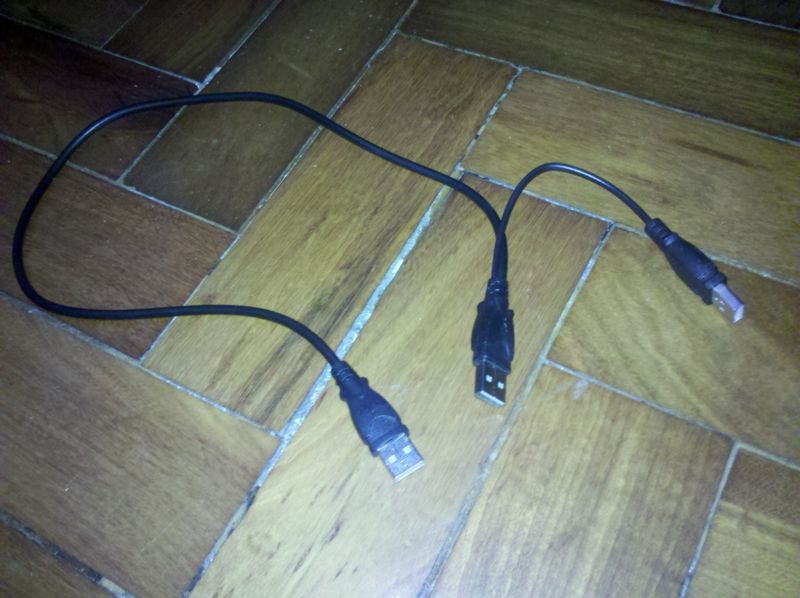 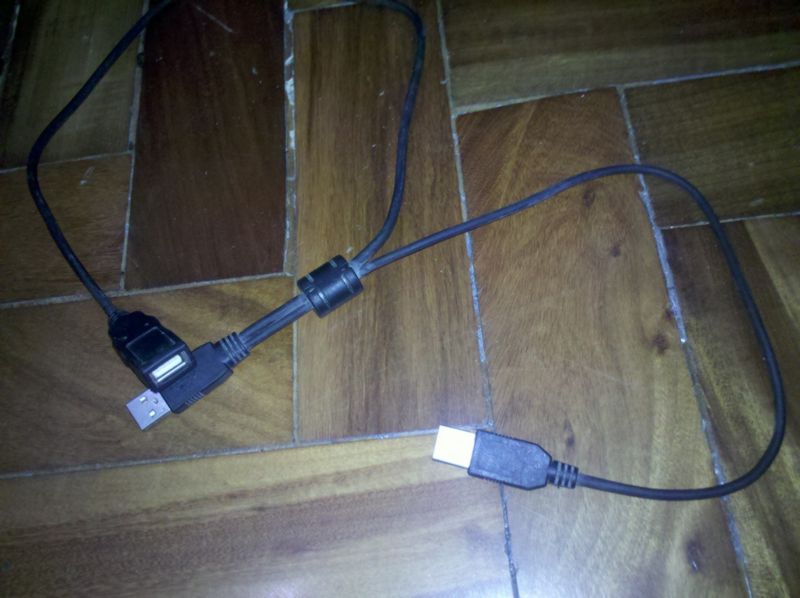 The lower cable is most likely for an external (2.5") hard drive. Often these used to require more than the USB-provided 2.5W, so two ports were used to get 5 Watts, even though this violates the USB standard in most cases, it still works.

About the triple USB A-plug cable on top - the only idea would be that a manufacturer would save money and equipped their device with a A- instead of a B-receptable which is normally used for devices. And it's crazy and dangerous.

Not the answer you're looking for? Browse other questions tagged usb cable or ask your own question.

0
What is the use of a triple male USB cable?
16
Can I safely connect the power-only-end of a USB-Y cable to an other power source?
7
Is there a USB wire that splits into two A plugs for separating data and power?

13
Are USB cables device-specific?
4
How to properly connect shielded twisted pair cables for Ethernet use?
29
How can you tell a USB cable version?
0
Triple USB bridge - Does it exist
1
Usb cables marked “CBL”