I get weird behavior with Windows 8, on several computers (HP and Dell laptops, and a tower PC) with different Logitech keyboards (K800, G15, and G510): right after the Windows installation, everything works fine. But after the first batch of updates, the media keys (sound +/-, backward/forward, play/pause) donn't work anymore.

Note that I've never installed any driver for my Logitech hardware (and everything has always worked fine so far). I performed the test with the tower PC and the K800 keyboard, but it didn't change anything.

It looks like one of the first updates messes up the HID (Human Interface Device) service activation. In order to fix it, follow these steps: 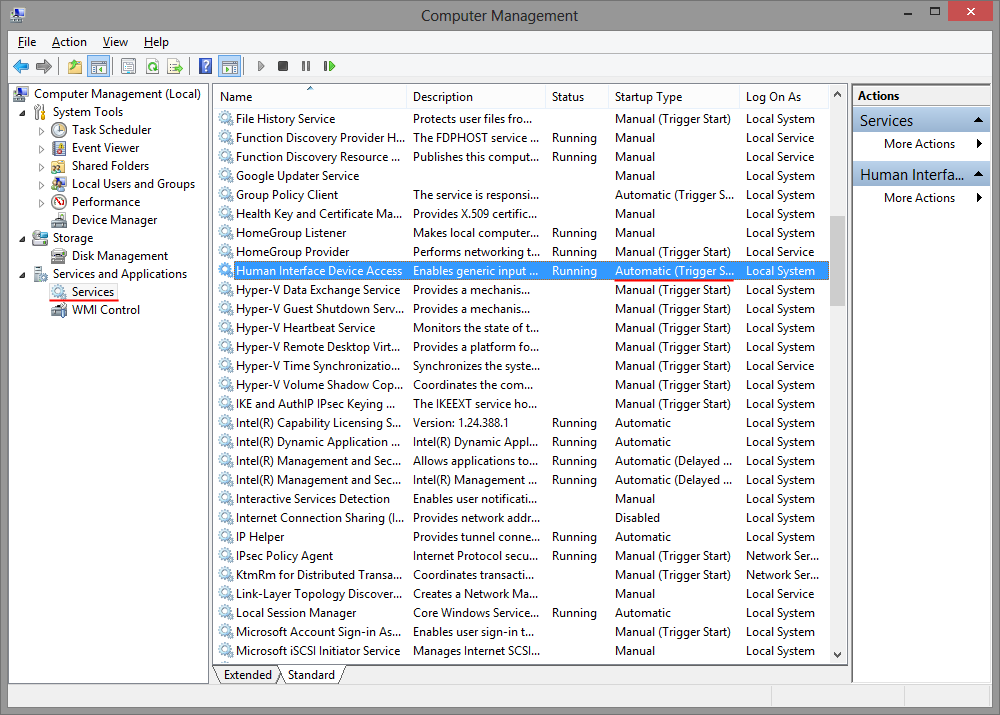 @Anto's answer didn't work for me on Windows 10 iTunes 12 but this did:

Not the answer you're looking for? Browse other questions tagged windows-8 keyboard-shortcuts or ask your own question.