As I read from this Q, there's an option in VMWare that allows dragging windows outside the VMWare environment. Great feature. But how about Microsoft Virtual PC? Does it also offer something like this Unity mode and if so, how?

Addendum: The host is running either Vista or XP.

Something similar to unity mode is available only in the version of Virtual PC shipped with Windows 7. That's how XP mode works, an XP app window will appear alongside all the other Windows 7 windows, but without being themed (it still has the normal Windows XP theme, not the Aero theme). 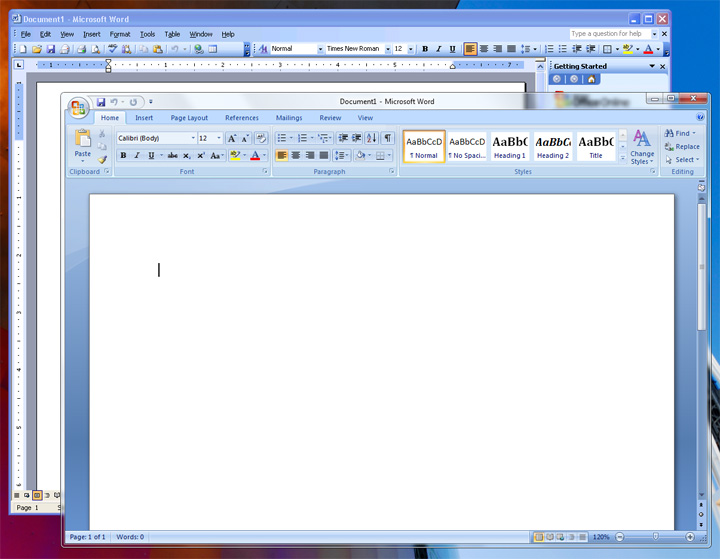 In the image above you can see that one of the Office windows has the default Windows XP theme. That's similar to unity, it's outside the VM.

Edit: running something similar to Unity is not possible in earlier versions of Virtual PC, it's a feature limited to only the version that ships with Windows 7; this version can't be installed in XP or Vista.

Strangely this is a feature more common on MacOS Virtual Applications, since VirtualBox, VMWare and Parallels all support it. On Windows it has taken a bit longer to get running. VirtualBox has supported this on Linux for a while as well.

Not the answer you're looking for? Browse other questions tagged microsoft-virtual-pc vmware-unity or ask your own question.

2
Can I get VM windows outside the VMWare workstation window?