The Outlook Web App shows the entire conversation in the reading pane, with the most recent email active (unfolded), even if it was sent. Even this would be an acceptable alternative (if not preferable).

Note that Outlook 2010 is already in conversation view and does show the sent messages when the conversation is expanded.

Edit: I was able to replicate this somewhat by making a search folder (see below). It would still be nice to get it to work on the inbox.

I was able to make a search folder which included all mail not in Deleted Items, grouped by conversation and sorted by date. In this folder, when I click on a conversation, the most recent email, sent or received, displays in the reading pane. I also favorited the folder for more prominent display, and used NBO's method for making Outlook start in it. This is the exact (nearly, see caveat below) functionality that I want, only in the Inbox.

**- I haven't thoroughly tested the conditions for when the emails are moved, so more or less of them may be moved than indicated above.*

Outlook shows the messages in the current folder, and if you check the option to "Show Messages from Other Folders", it will also show them in the conversation thread, but will only select by default the last from this folder.

This may be helpful: Under the View tab → Conversation Settings, set all options to "Always expand", and to indent. At least it's visible that there is a newer message you sent.

The other option as you commented is to create a Search folder to include all inbox and sent items and set it as the starting folder for outlook going to "file" - "Options" - "Advanced" and modifying Outlook start and Exit - see screenshots: 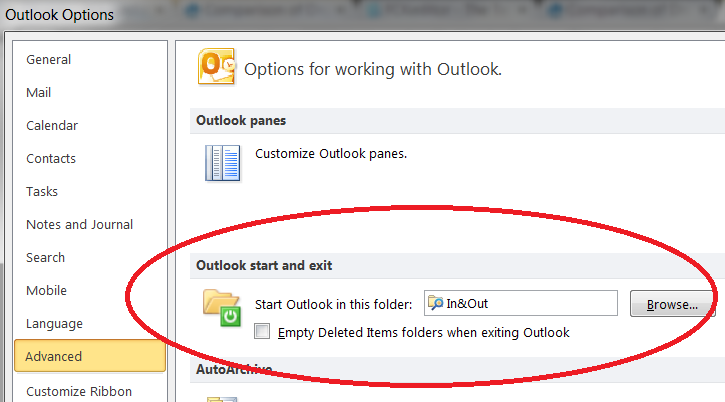 I have this working in Outlook 2010 and here is what I did. 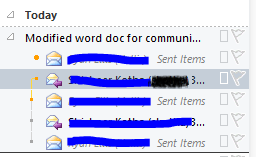 This will show all conversation in a string, deleted, sent and received.