What is the tolerable magnetic field (in Tesla) for a hard disk?

I was wondering what would be the safest magnetic field for a hard drive so that the data inside it is safe and not wiped off?

For example I have a 2.1 home theatre system and when I take my android phone near it to check the magnetic field range it gives me a reading of 1000 micro Tesla. Would that be considered safe for a nearby hard disk?

This fear is usually completely unfounded unless you're still using floppy disks for storage or are handling extremely strong magnets. The latter would have an effect on all kinds of electronic devices though.

There are numerous articles about this. The gist of it is, magnets won't do anything to your hard drives. 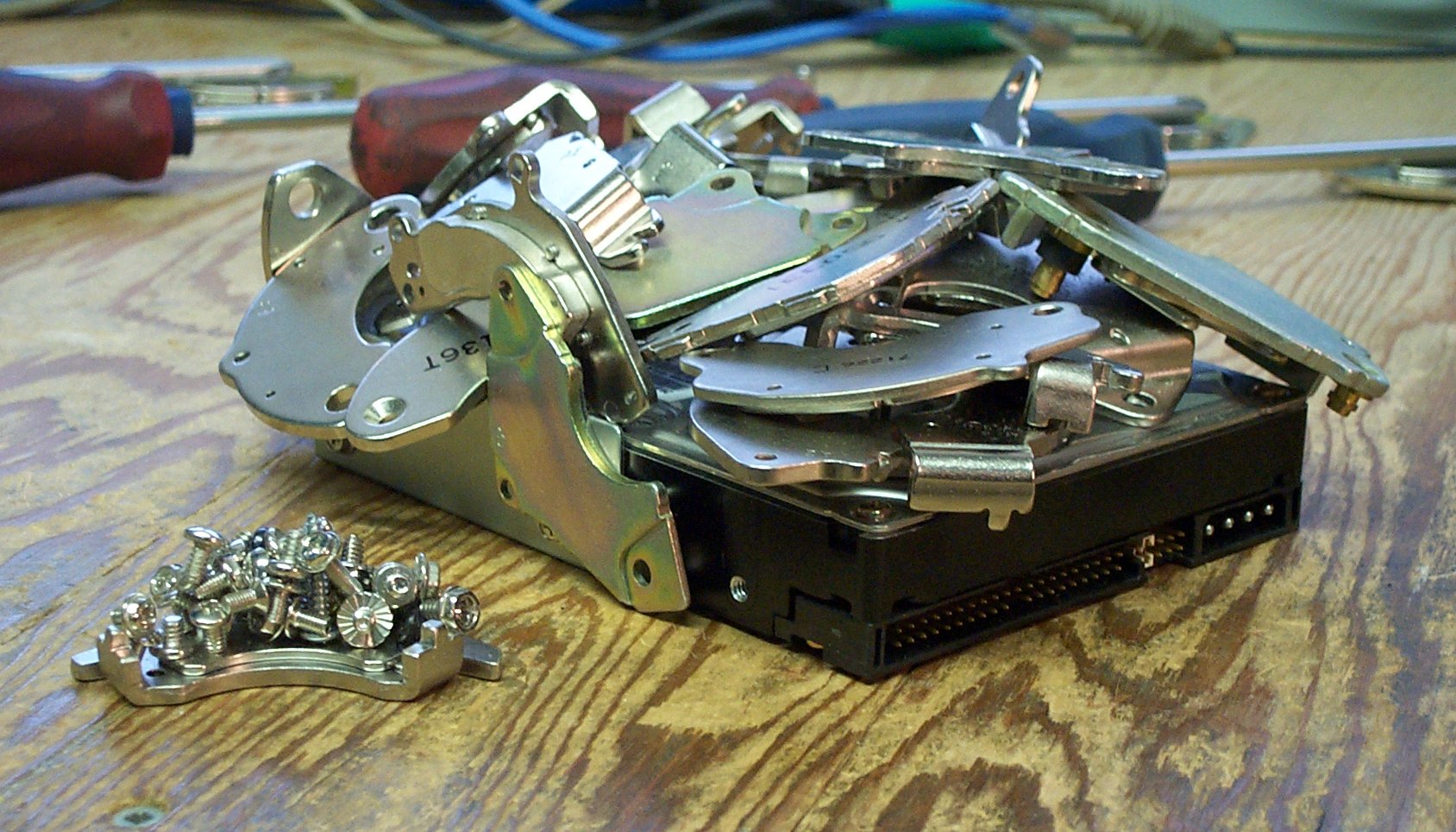 However, there are devices which can have an effect on data stored on hard drive platters, degaussers. These devices seem to be operate at around 5000 to 9000 Oe.

So, if you've gotten yourself a Q-51-51-25-N, you might have an actual chance to clear data off the hard drive. But you're more likely to squish your hand in between the drive and the magnet or cause pyhsical damage to the hard drive.

To give you some context, we see the degaussers mentioned above operate at over 5000 Oe. Another storage media that is often considered to be affected by magnets are magnetic stripe cards. Generally, these are available in 2 variants, HiCo and LoCo (high-coercivity and low-coercivity). LoCo stripes are usually erased by magnetic forces as low as 300 Oe. Even those aren't common in practice any more (exactly because of this weakness). HiCo cards are often available with around 4000 Oe.

I have been trying to find out what hard disk producers say about magnetic fields in the specification manuals.

For non-recent disks, dating from 10 years ago, I have found (and only for Hitachi) :

Given that hard disk technology has changed much in the last 10 years, I tried to google for experiments by destructively-minded end-users and found this thread dating from 2006 :

I tested this theory of HDD erasure and computer hardware sensitivity (not very scientifically, but effectively nonetheless) with an 80GB Maxtor 7200 RPM HDD that was in good working condition. I ran an 8 pound speaker magnet (from a large Cerwin Vega speaker) everywhich way that I could, around the HDD, then installed and tested the drive. I was surprised that it did exactly nothing at all.

The same could not be said for the monitor. It had to be degaussed immediately!!

My conclusion is that hard disks were vulnerable to such fields as emitted by your home theater system, but that was 10 years ago. Apparently, the much larger magnetic density of modern disks has also required better resistance to the much greater internal magnetic fields, therefore also to external ones.

But I would still take some precautions around your speakers, since even if the magnetic field is not strong enough to wipe the disk, it might possibly still corrupt some bits. Precautions are easy enough to take, as the strength of the field is reduced by the third power of the distance.

27
Would these magnets be enough to damage a portable HDD?
85
Is CRT degaussing really dangerous for nearby laptops?
0
Is this HDD damaged?

8
How is the interference of magnetic field of adjacent platters managed?
0
What makes an external hard disk different from the internal one?
2
What does this smart Data mean on my hard disk
24
Extreme drops in hard disk performance