How to easily invert Upper/Lower case in common text editors?

Are there any "common" text editors or word processors (Notepad, Wordpad, Word etc.) which allow you to invert the case of a string of text easily?

I've always thought there should be a shortcut so you can toggle the case between upper and lower, for example when you're...

...but don't notice the dreaded CAPS LOCK is on.
I would rather convert it with a few clicks than type it out again as:

I keep meaning to write a macro or similar, but it never seems worth the effort at the time.

With the lightweight Notepad2 or Notepad2-mod, simply select the text you want to fix, then press Ctrl+Alt+U. 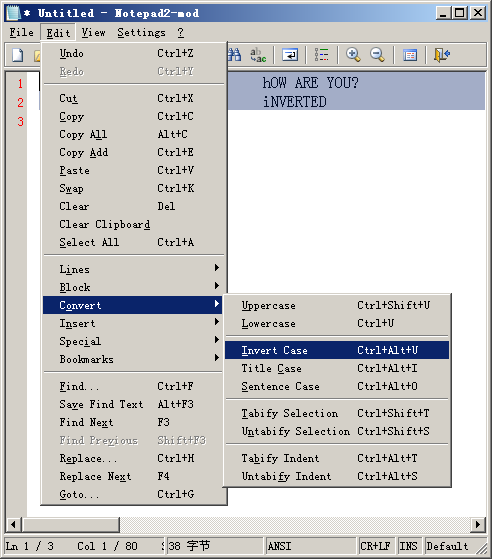 For NotePad++, install the free TextFX plugin using the Plugin Manager, then highlight your text, and select these menu items. Probably a quick macro could assign it to a hot-key. 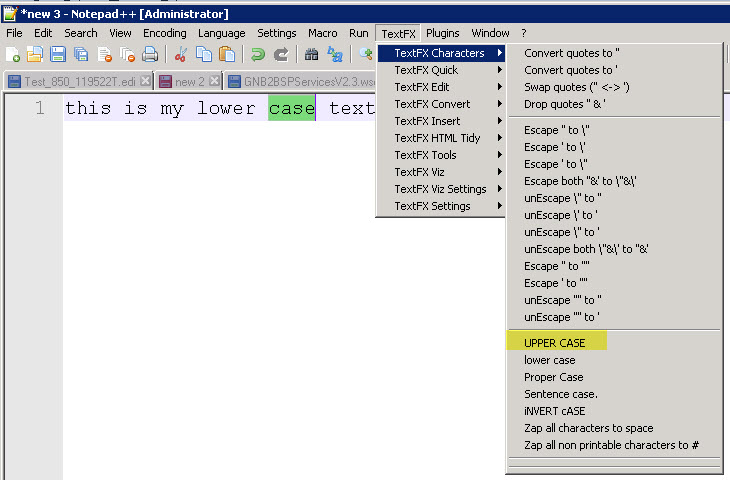 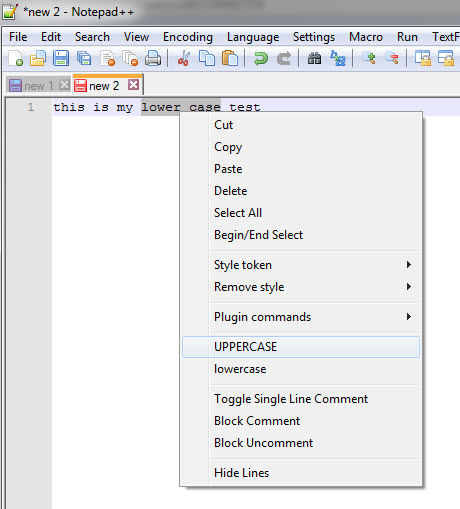 In Word, if you highlight the text and press Shift+F3 , it should toggle between upper and lower.

LibreOffice has an Auto Correct option "Correct accidental use of cAPS LOCK key". I realize that it is not Word, Notepad, WordPad, but I guess it goes in the etc. category. Probably OpenOffice has that option too. Most likely the editors that you mentioned have similar options too, at least Word should have it, but I don't have Word here, so I can't say.

SynWrite (Windows editor similar to Notepad++) has it. 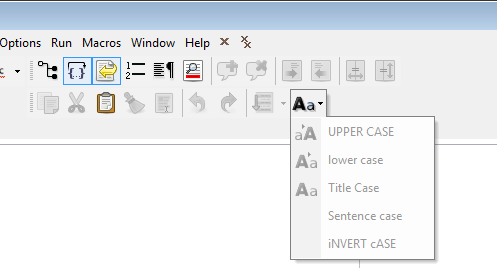 Not the answer you're looking for? Browse other questions tagged text-editors or ask your own question.