Why does Windows Vista's Notepad randomly move the cursor after saving a file?

Initially my cursor was at "initially here". When I press Ctrl+S to save the file my cursor automatically moves to the second position.

After many tries, I've seen that it randomly moves to a point one or two lines above the place where it initially was. 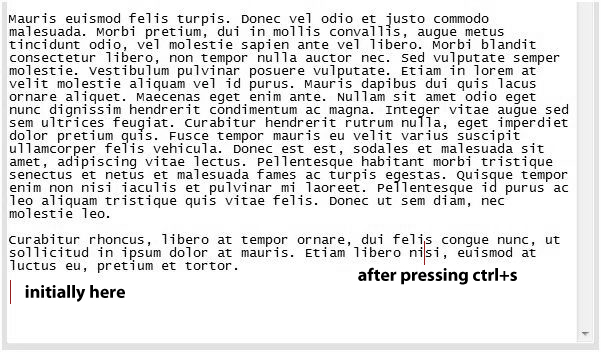 Did anyone notice this thing?

My version of Notepad is:

It is a problem since I keep typing and whenever I save, I have to manually bring the cursor down to the correct place or else I am typing somewhere between the lines!

Regardless of whether this is a bug, if you are doing anything in notepad regularly enough for this to be an issue, you need to start using a better text editor. Try the free notepad++ for a start - http://notepad-plus.sourceforge.net/

If we're going by major versions of Windows 10, the initial release was 1507, then the next major version was 1511. So by deduction, version 1511 was the first major update that had this bug fixed.

Since MS hired 166,000 employee to make sure these bugs won't be fixed for eternity, I made my own workaround for it. I use "Hot Keyboard" to fix all sort of things including this one. Make a macro like this, condition it to run only on Notepad and assign ctrl+s to it:

P.S, Unlike AutoHotkey, You don't need any coding with Hot Keyboard just record what you do with mouse/keyboard. When you set the speed of macro to 100X or max you won't notice any of those things happen and it seems like always when you save with ctrl+s except without that annoying moving cursor thing. 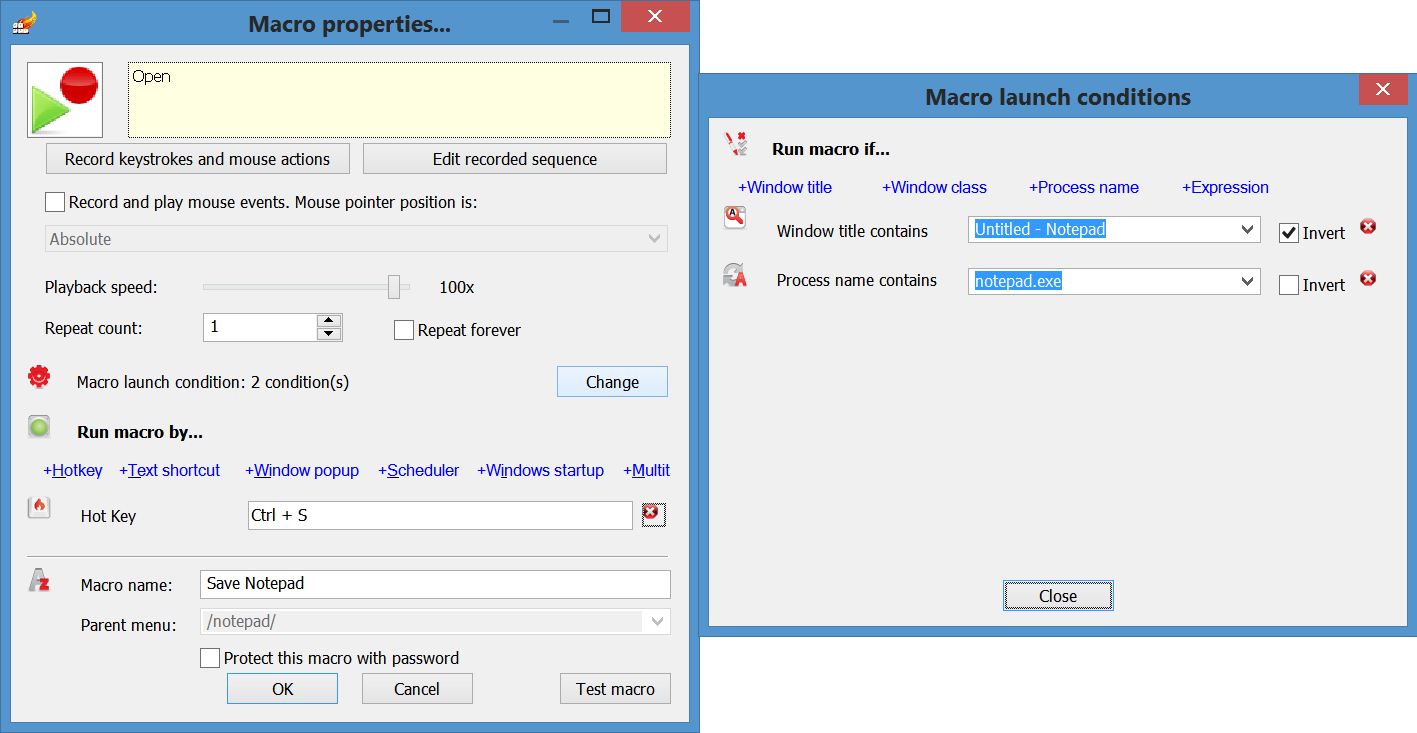 Open your Registry editor, and in Current User locate the following key:

1
Why does Vista's File sharing stall and disconnect?
4
Does the Windows 7 Notepad understands the different line-endings of Unix, Mac and Windows?
5
Where does Windows Vista's Notes gadget store your notes?
2
Why does "Automatically detect settings" get randomly disabled?
0
Synaptics Touchpad Behaving Strangely
5
Why does Notepad "randomly" make pasted text a smaller font size?
2
Recover the text from a notepad dump file
0
Opening a file in notepad and saving without corrupting
4
Move the "find window" out of the way in Windows 11 Notepad