How can I make the Page Up and Page Down keys scroll a full screenful in browsers?

For as long as I can remember I have been frustrated by the browser behavior whereby using the Page Up and Page Down keys on the keyboard doesn't scroll the web page by a full screenful. Whenever I am reading a long web page, I prefer to read the whole screen from top to bottom, press Page Down, then continue reading at the top of the next page. However, doing this always leaves a few lines of the previous screen at the top of the next screen. Often this completely breaks my concentration as I search through the first few lines of the screen to remember exactly which line I previously left off reading on the previous screen. Simply rereading the first few lines again each time has a similar effect on my concentration.

Is there any way to change this behavior so that the Page Up and Page Down keys scroll 100% of the current screen instead of leaving a few lines of the previous page at the top of the screen after a "full page" scroll? This "partial page scrolling" behavior seems to be the normal behavior on current versions of IE, Chrome, Firefox, and Safari, though by differing amounts (IE and Chrome both leave about five lines from the previous screen, while Firefox and Safari only leave one or two).

For example, here is a screen in IE9 before using the Page Down key: 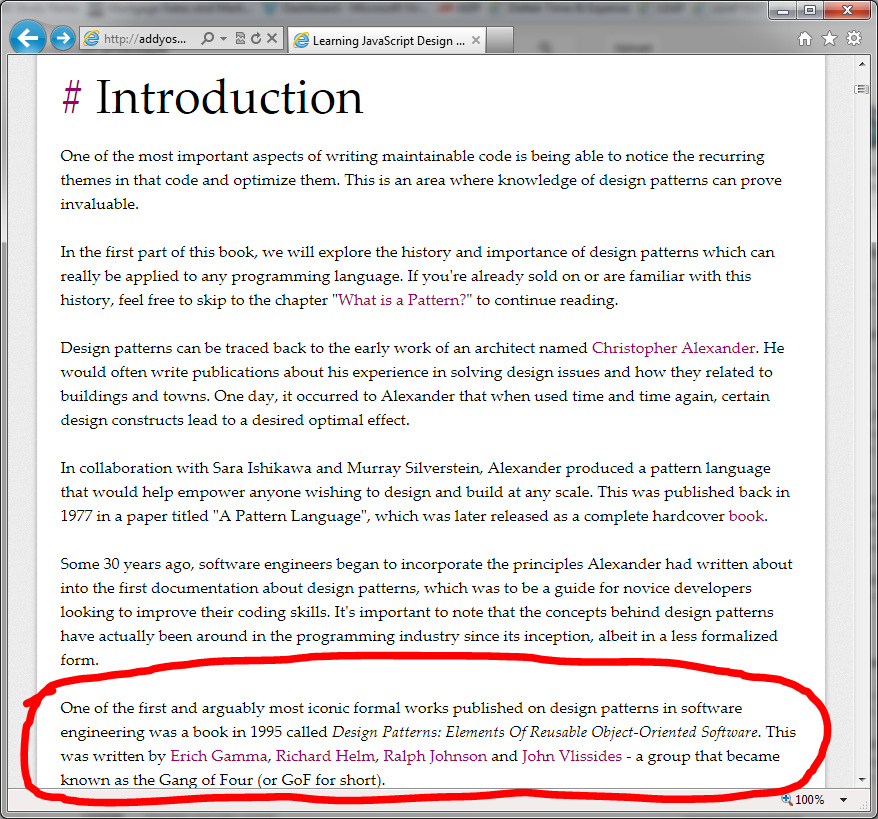 And here is the next screenful after using the Page Down key (the "duplicated" lines are circled in red): 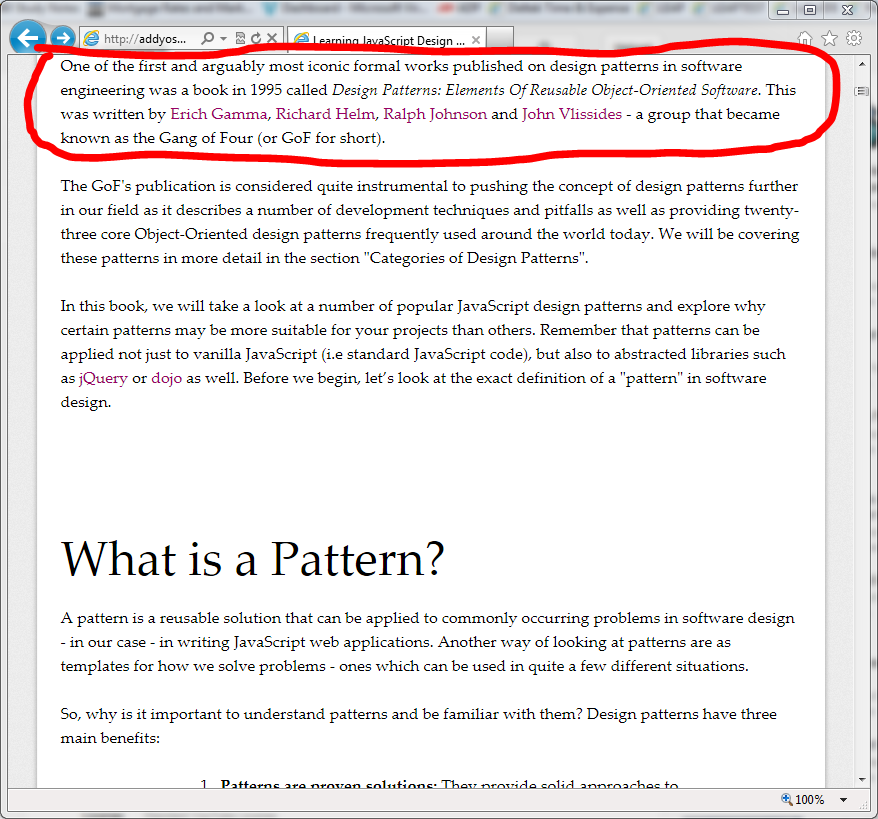 I just tested this in Firefox 19 on the main questions list, and there is only a little bit of overlap between screens. I suppose this is there so that in case a line of text is split between screens it is readable on the second one.

This overlap appears to be a fixed amount rather than determined by the font size, so sometimes, such as this example, there is more overlap that necessary. However, with large print you might need that much overlap to avoid cutting a line in half on both screens.

For a couple of reasons:

NOTE: This is the same if you set your mouse wheel to scroll one screen at a time or use the Page buttons.

Also it's not just browsers that do this Word and Notepad++ do this as well but limit it to the last line rather than a few lines.

There is an extension for Chrome called "Scroll Marker", which will display an indicator after scrolling to show there new content starts.

I'm using it, and it works fine for me.

Try this. Hit the Page Down Key and the Upward Arrow Key at the same time. It should take you to the next line when you page down.

Not the answer you're looking for? Browse other questions tagged firefox google-chrome internet-explorer safari scrolling or ask your own question.

15
emacs: How to return to last position after scroll/page up/down?
21
Scroll down half the screen size in Firefox
0
Firefox won't scroll to start/end of this page with home/end keys
4
Disabling smooth scrolling in OS X Lion when using page up/down
5
How to have space bar scroll half the page instead
7
Allow scrolling past end of page
0
How to make mouse scrolling in Excel behave like Page Up/Page Down
0
how to duplicate tab but maintain scroll position of web page
3
In Windows 10 Microsoft Edge, how do you scroll page by page?