Visual Studio 2010 replaces the character under the cursor when typing

I have been having this problem sometimes on Visual Studio 2010 (and Notepad++), where my text cursor, if I move it, turns into a "console" cursor, where that if you add characters it replaces the character you were on instead of adding the character in front of it.

I hope there is something that can be done about this.

Double click on OVR text located to the right bottom of visual studio 2010 or 2012 and it will change to INSERT and that should help. 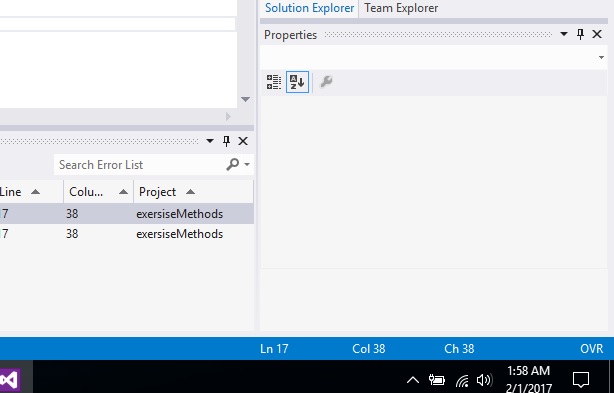 Not the answer you're looking for? Browse other questions tagged visual-studio-2010 text-cursor or ask your own question.