I have a video that was rotated 180° when recorded. Is it possible to correct this with FFmpeg? 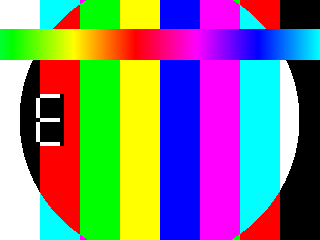 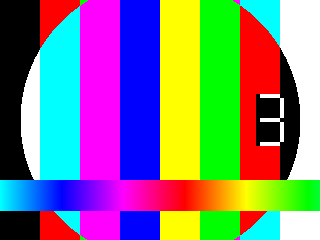 ffmpeg will automatically rotate the video unless:

Some videos, such as from iPhones, are not physically flipped, but contain video stream displaymatrix side data or rotate metadata. Some players ignore these metadata and some do not. Refer to ffmpeg console output to see if your input has such metadata:

ffmpeg will automatically physically rotate the video according to any existing video stream rotation metadata.

To disable this behavior use the -noautorotate option.

You will have to use a filter to rotate the video, and if any rotate metadata exists it will have to be removed as shown in the examples below:

Using ffmpeg you have a choice of three methods of using video filters to rotate 180°.

This filter can rotate to any arbitrary angle and uses radians as a unit instead of degrees. This example will rotate π/1 radians, or 180°:

When using the rotate filter, the bilinear interpolation should be turned off (by using bilinear=0) for angles divisible by 90, otherwise it may look blurry.

Alternatively you can rotate upon playback and avoid re-encoding. ffplay will automatically rotate:

If there is no displaymatrix side data or rotate metadata then you can use filters:

...or refer to your favorite player. Most players worth using, like VLC, have this capability.

Older builds of ffmpeg do not include filtering capabilities. See the FFmpeg download page for several options including convenient builds for Linux, OS X, and Windows, or refer to the FFmpeg Wiki for step-by-step ffmpeg compile guides.

FFMPEG changed the default behavior to auto rotate input video sources with "rotate" metadata in the v2.7 release in 2015.

If you know your script or command will never run on ffmpeg releases older than 2.7, the simplest solution is to remove any custom rotation based on metadata.

For other cases you can future-proof by keeping your custom rotation code and adding the -noautorotate flag (this is supported in older versions which were still maintained at the time).

Media players that use ffmpeg as a decoding backend can also utilize all of its filters. See this screenshot with "Offset & flip" filter. 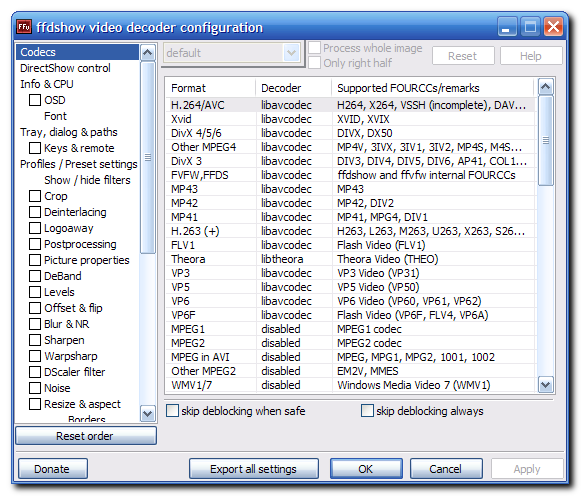 Alternatively, if you want to re-encode your video, check out Rotating videos with FFmpeg on Stackoverflow.

Following is a bash script which will output the files with the directory structure under "fixedFiles". It transforms and rotates iOS videos and transcodes AVIs. The script relies on having installed both exiftool and ffmpeg.

I was asked to edit this, to preface the text, indicating the solution I eventually found was at the end of the text. So, at the end you'll find the two consecutive ffmpeg commands that successfully rotated my video to the correct orientation. The text preceding that was meant to give as much information as I could, as I'd seen other messages which were rebuffed because of lack of information. Anyway I hope this helps others using ffmpeg. It seems to me the purpose of hflip and vflip in ffmpeg, is, at minimum, confusing, and contrary to what I expected.

The file merlin.mov is a copy of a video I took on my iphone, first uploaded to Dropbox, then downloaded to my laptop, running Ubuntu:

I know I should've been able to mount my iphone via USB and copied the files directly, but that didn't work; my laptop would recognize the iphone was connected, but wouldn't mount its filesystem, and I got no prompt on my iphone to "trust" the laptop.

The command I used to copy from Dropbox to my laptop was this:

The original file is Video 1920 x 1080 Codec HEVC/H.265 Framerate 30/sec, Bitrate 8140 kbps, Audio Codec MPEG-4 AAC audio Channels Stereo, Sample rate 44100 Hz, Bitrate 85 kbps. When I play it on my iphone it's oriented properly, and the sound is synchronized. When I play it in Videos on my laptop it's both upside down and reversed horizontally, and the sound isn't synchronized. Here's partial output from "ffmpeg -i merlin.mov":

Here's the first line of output from "ffmpeg -version":

The following left the playback inverted both vertically and horizontally, though it did convert to MPEG-4 video (video/mp4) and synchronized the sound:

The following inverted vertically so the playback is upright, synchronized the sound, and converted to MPEG-4, but left the horizontal incorrectly flipped end for end (this is no typo, I did specify 'hflip'):

The following flipped the horizontal to the correct orientation, but left the playback upside down:

The following seemed to have no effect whatsoever:

I also tried this, based on a command I found at superuser.com. It successfully synchronized the sound, and converted to MPEG-4, but both horizontal and vertical orientation remained incorrect:

I also tried this, which didn't work either in terms of correcting the orientation:

The following 2-step process finally got what I wanted; vertical and horizontal both flipped, sound synchronized, and format converted to MPEG-4 (Again, this is no typo; I used hflip in both commands):

Choose the file settings you want to export as and click “Ok”, to kick off the export.

When the export operation is complete, you’ll find your new file where ever you chose to save it with the correct orientation!

This whole fix took me less than 5 minutes to complete, but depending on the length of the video, it could take much longer (or shorter, again, it varies).

Did the trick for me. Not sure why the transpose filter does not provide a possibility to rotate 180 degrees at once, but whatever. Check the Docs for more info.

Not the answer you're looking for? Browse other questions tagged ffmpeg or ask your own question.

0
How to rotate video that comes from android device with same quality by using ffmpeg
0
Is there an easy way on mac to rotate a video 180 degrees?
30
Rotate a video file 90 degrees using Ubuntu
6
iPhone recorded videos getting rotated on Windows systems
3
ffmpeg rotating source video and applying overlay images
0
Rotate a video with ffmpeg is slow
1
How to keep source frame rate with mencoder/ffmpeg?
0
Movie rotate with Linux

1
Rotate MP4 video using ffmpeg
0
Rotate a video with ffmpeg is slow
0
Why ffmpeg rotate video?
1
How to rotate a video and have it playable on a TV set?
2
ffmpeg rotate 90 on Windows not working
2
FFMpeg Video Overlay with Delayed Audio and Video in Background Video
6
Invert colors of a video using FFMPEG