I bought a new monitor (Acer X203H) and wanted to plug it into my graphics card but on my graphics card one plug says CRT which is already filled with the first monitor and the second says DVI, which I don't have a cable for on my second monitor. 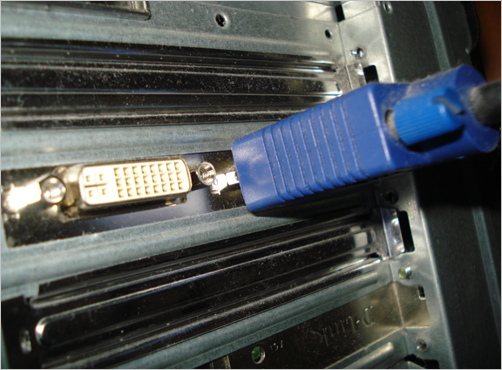 I found what looked like a VGA outlet on my motherboard and plugged it in: 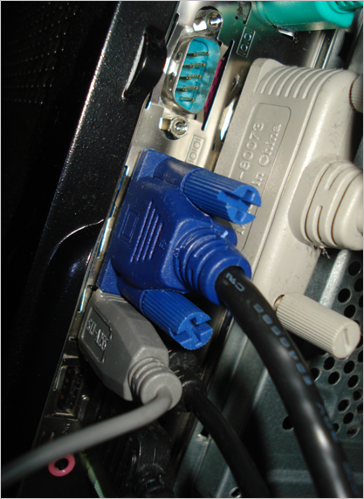 My Windows 7 recognizes the monitor and my mouse goes beyond my first monitor apparently onto the second monitor but my second monitor remains blank and when I turn it off and on it says no signal. 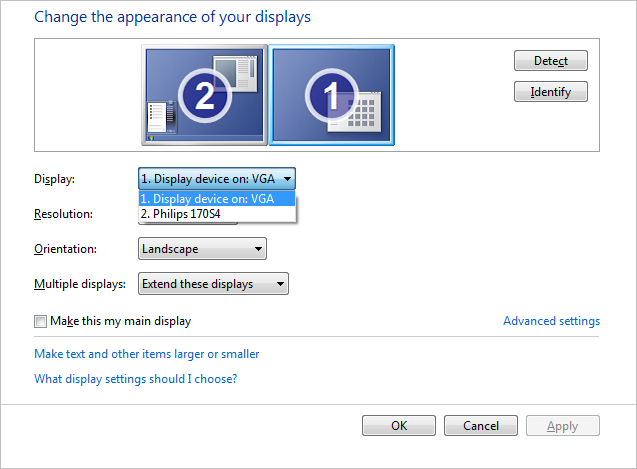 How can I get my second monitor to work? Do I need to get an adapter or a cable to plug it into my graphics card instead of the VGA port?

More info based on answers:

I've also read in some reviews that the Acer X203H is supposed to have DVI support, but here is a picture of the back of my monitor where I plug in the cable, it looks like there is a place for a DVI cable but this particular model doesn't have one. Ergo, I think my best bet is to get a VGA-to-DVI converter as Will suggested. 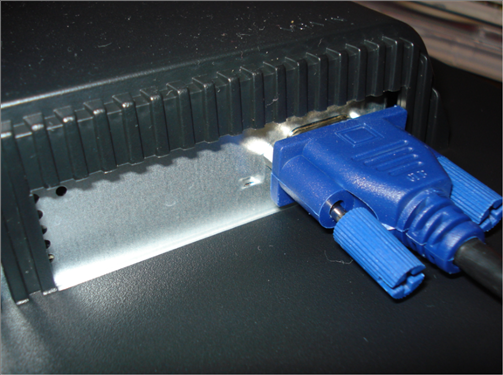 The issue is that you are using a video card, so the VGA port on your motherboard is disabled. I wouldn't expect the monitor plugged into the motherboard to be recognized even, but I suppose it's possible.

I'd recommending connecting to your monitor using the video card's DVI slot (the white port next to the VGA connection). If your monitor does not support DVI, you can plug a DVI -> VGA converter into the slot.

DVI usually provides a higher-quality connection, so you should plug your new monitor in the DVI slot if possible, and your older, CRT monitor, into the nearby VGA slot.

According to the specs the Acer X203H does have DVI, a quick look should confirm that. In that case the best solution would be a DVI-DVI cable.

The second option would be a DVI-VGA connector, but first verify that your Graphics Card supports 2xVGA. The DVI ports come in different flavors, analog VGA being an option. From the picture I would say you're OK, but a DVI cable is the safer bet.

And Acer is being cheap, not including a 2nd cable. Did you check the box again?

Not the answer you're looking for? Browse other questions tagged windows-7 multiple-monitors dvi vga crt or ask your own question.