Implications of using a laptop always-on as a server

I assumed that there would be a lot of information on this on both the Web in general and on Superuser, but to my surprise I can't find direct answers to these questions about using a laptop as a server.

I have been given an old iBook G4 which I hope to use as a server for a Web and SMS based system that I run (it would run in Debian Linux). I am confused on the following points however:

Edit: Thanks for the suggestion to remove the battery, but that would actually defeat the main advantage of using the laptop (currently the system runs on a GoFlex Home ARM based small computer, but I live in an area with really frequent power cuts, and even though the system is on a UPS it shuts down a lot). So my questions apply to the situation where the battery is in the system.

If the laptop is on AC power 24/7 and also has a battery (to keep it running during power cuts), will the battery be damaged?

No, but if you want you can remove the battery and run the laptop with only AC, if you are concerned about battery wear.

Overheating really isn't a big deal, the worst thing that can happen is that the computer forcibly shuts down when the temperatures get too high. It will not start burning. If there are no obstructions around the laptop, you'll be fine.

In sum, if I were to do this for a year or two, and then try to hand over the laptop to someone else to use as a normal machine, would it function well enough for them to do so?

Removing the battery is a good way to make sure you don't wear that out. Other than that, it depends on the temperature. If you run it with ok temperatures (no more than 50-60 degrees celsius I would say) it shouldn't matter. Make sure the LCD screen is turned off (it should be if the lid is closed).

If the laptop is on AC power 24/7 and also has a battery (to keep it running during power cuts), will the battery be damaged? I could not get a clear answer on this from the various sources I found on the net, though the information here and in this SuperUser question implies that this is not a problem except in terms of screwing up the digital calibration. However, I am not sure if this is true if the laptop is also running 24 hours a day (that information seems to pertain to laptops that are charging all the time but not necessarily running all the time).

If this is something you are trying to do in the interim to learn and develop your skills, I would say yes, keep the battery in as a backup power supply. In the real world you will have generators to kick in when the power cuts out. Might as well practice with something as apposed to nothing. I.e. How long can you hang without the wall, what do you do when the battery dies. etc.

Overheating is a potential risk. But it is in the real world too. It is always a risk. Like i said before, if you are practicing or developing your skills. What can you do about it? Do that, if it doesn't work, think of something else.

In sum, if I were to do this for a year or two, and then try to hand over the laptop to someone else to use as a normal machine, would it function well enough for them to do so? Or should I plan on this use as a server on the assumption that it would 1) either die completely or 2) be rendered useless as a laptop after prolonged use?

It doesn't really render it useless as a normal laptop unless the modifications you end up making render it not a laptop anymore. However, just making sure you have some spare parts, keep it clean, etc. The machine will be worth the couple bucks it would be without this use in a few years. Unless it is a high end machine, it's going to be worthless anyhow. Passing it down to a family member or friend that is less fortunate, anything is worth it, selling it, not so much.

I think bigbadonk420 has the best answer here. however I would just like to add on to that and mention that:

I personally use a good, powerful cooling pad on my Dell laptop that stays on 24/7 - While not actively using the laptop, but it not being exactly idle - processing files etc... it'll rise to a max of ~57 Celsius. A cooling pad would be a good investment in that case.

I've done that, first with an old TI '486 laptop, later an old Dell. Both worked fine for 3-5 years and then died. (To emphasize: both were already older than that when I repurposed them as 24/7 home servers.)

All batteries wear out. You can expect the longevity of a laptop battery to be somewhere between that of a mobile phone and a car battery, but eventually it will lose its ability to hold a charge. Laptops also have moving parts (the fan and hard disk) and eventually they will wear out, but my experience was that the batteries went first.

There wasn't any physical damage: nothing leaked, melted, caught fire, or exploded. But to answer your question in the terms you asked it, I wouldn't have been able to hand those laptops down to someone else to use as a normal machine. Not because of damage, but because the batteries were too worn.

The battery in your G4 wasn't new when you started this project. After a couple of years as a server, it will be that much further into it's useful lifetime.

I know this is an old post but just came across on this posting, so I am going to add it on. You guys won't believe what I've done, with the newer technology, the heating problem is significantly resolved. I decided using a brand new Apple MacBook Pro with Core i9 16GB DDR4 512GB Flash as an IIS server, yes, you've heard that right, by running VMware WorkStation inside the macOS 10.14 and Windows Server 2016 edition within the VMware, under heavy load with eight websites [with two of them being full-scale eCommerce] without any problem. Oh and, did I also mention it's running off wireless connection all this time, too? :D

It's a super clean setup, one laptop with one power cord cable adapter. And no issues with the battery, again, with almost all the newer laptop, the mainboard/motherboard incorporates the power distribution modulator, it's a sensor that detects the condition of the battery, when the battery is charged it will run off the AC power automatically without drawing the power THROUGH the cell, to reduce the battery wear. With this technology, it's like having a mini UPS [Uninterruptible Power Supply] unit within the laptop itself! Unlike the older laptop, you need to unplug the power cord after its charged to prevent overcharging or heating of the battery inside the computer. Any laptop manufacture from the year 2010 or newer should have this technology built-in, it's old news already!

The most import thing is the temperature, make sure your laptop is sitting on the cold surface, with excellent heat dispersion, such as a kitchen countertop! With granite stone or marble stone material, makes the laptop run as cool as it gets! My new MacBook Pro Core i9 laptop been running for almost one year now without any heating issue, and with six cores powerful machine, along with 16GB memory, it can handle all the task with ease.

This is one of the problems of leaving a laptop battery running on AC all the time: 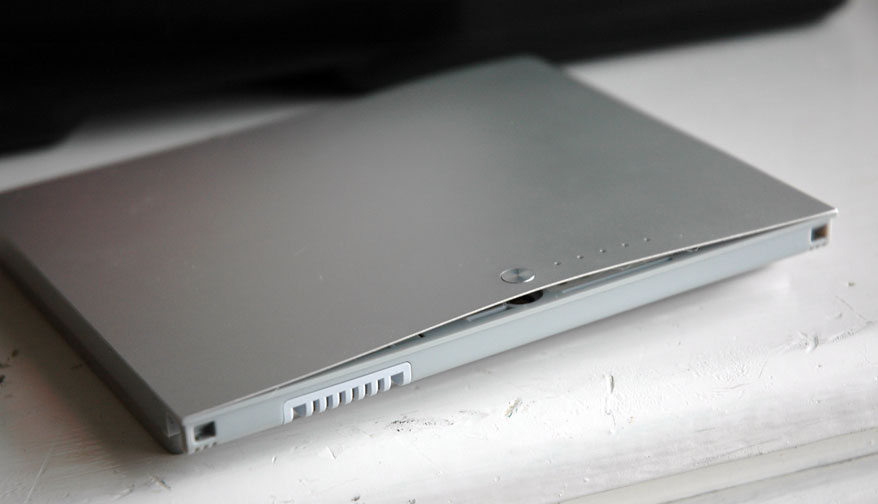 It either swells, or it just looses its ability to run off of batter for more than a minute or two. Run on AC only if you want to preserve the battery.

As far as overheating, as long as you are using it as a basic server (FTP, personal web / print etc) then it will not be a problem. Just give it good ventilation (Remove optical drive maybe)

I dont think there is a definite answer to this question. It really depends on the laptop's design. I have seen laptops run for months and work fine. I have also seen a laptops that overheat after a couple days of continuous uptime. I think if you were to try it, run it in a low power mode to reduce the output of heat.

Not the answer you're looking for? Browse other questions tagged laptop battery webserver home-server or ask your own question.

13
Is it OK for the laptop to always be plugged in?
3
Possible fire risk from leaving a laptop on for several months/years to use as a server

0
Laptop battery will not hold charge after spillage
3
Possible fire risk from leaving a laptop on for several months/years to use as a server
1
Plugged in, not charging OR just remove the battery