Connect USB storage device to 2 computers at a time

I'd like to connect an USB storage device to 2 computers at the same time (With a cable, not over the network). Is this possible?

Context: I want my Raspberry Pi to save output on an external USB-storage, and then be able to read the output on a Windows XP PC.

Something like the following is the best you can hope for. 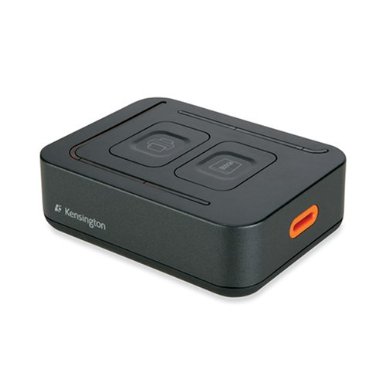 Since we don't really do product suggestions here at Superuser here is a single Example of the device described. There are others that'll work similarly to this single example. You will be unable to share a USB device with multiple computers at the same time.

Like the Serial devices that came before Universal Serial Bus devices. USB devices are not designed to be accessed by multiple hosts at the sametime. Its the same reason you cannot share a USB device with a VMWare Guest Operating System and the Host System at the sametime and have to disconnect/connect the device.

Software people won't like it but from a hardware perspective there is no reason two systems cannot have access to the same storage. If one only writes and one only reads there is no issue except trying to read from a file not yet complete. I am sure that can be resolved by simply waiting a prescribed amount of time before trying to read the file. If both systems want to read and write a simple semaphore can be created using files.

This would be a safe way to transfer data between systems. Unless the systems execute the files viruses on one system could not infect the other system. The infected file would be present but it would just be a file.

I have considered designing such a device myself but never seem to have the time. A development board with two USB slave ports (B) and one USB host port (A) could do it. Just pass all commands arriving on either slave port to the host port. Plug a USB drive or thumb drive into the host port. It wouldn't be quite that simple but that would be a starting point.

I haven't used one before, but you could possibly use a USB-USB bridge to let a second computer access files on the first, which would also include any USB attached storage on the first.

Not the answer you're looking for? Browse other questions tagged usb-storage or ask your own question.

2
Is it possible to connect one USB device to two systems at the same time and have the device be available for use on both systems without switching?
-3
How can two external USB hard drives be connected to two laptops at the same time?
0
Is there a hardware solution for two computers to share simultaneous access to a USB 2.0 memory stick (one R/W, the other just R)?
1
Mirroring USB data to multiple computers/hosts simultaneously
0
Is is possible to get a virtual disc drive to mount over usb to another machine's motherboard?