Why can I ping a computer using its IP address but not its computer name on my VPN?

We have a VPN set up that is a little troublesome. It doesnt assign a gateway IP address (a separate issue) but most annoyingly, I cant ping machines by their computer name, I have to use their IP address. Why?

A VPN setup that doesn't assign a default gateway address is OK - this just means that traffic not directed towards hosts that live on the VPN will instead traverse your normal Internet connection. Some work VPNs are set up this way - browser traffic, for example, won't go through the VPN if the default route isn't a VPN host. Some work VPNs prefer to set it up where all your Internet traffic is routed through the VPN. It can be done either way.

Many LANs have a local DNS or WINS server to resolve names for local machines. For example, at my work, I can type ping ws1000 to ping the computer named ws1000. This is because on the LAN, my DNS is pointed to our LAN's DNS server (which is also our AD server).

On the Internet at large this won't work because only the work LAN's DNS server is setup to return a specific IP for the name ws1000. Once I hop on my work's VPN, which "takes over" the Internet connection as in the second case above, ping ws1000 works fine.

because you need to set up Name Resolution (DNS) to do that... i doubt that any VPN has that functionality built-in...

You'll need to play with your /etc/hosts/ files (C:\WINDOWS\system32\drivers\etc\hosts on Windows) or to install and configure Bind on your VPN server.

If you need to get involved in the VPN user sessions, set the correspondence between the user's login name and IP address of the VPN client. 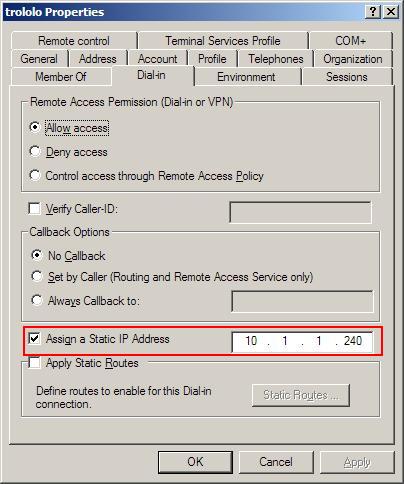 Not the answer you're looking for? Browse other questions tagged networking vpn ping netbios or ask your own question.

0
Windows 7 PPTP VPN can ping and HTTP to servers but not Windows Explorer
3
Can not access internet through VPN
2
LAN can connect with computer name but not with IP
1
VPN can access network drives by IP but not by computer name
5
Cannot access Windows machines by Name over PPTP VPN but can access ip address
0
Can not ping device names only IP address
0
Ping to same host name returns an unexpected address
0
Why can you ping www.microsoft.com, but not microsoft.com?
0
UDM Pro VPN - Client can't reach LAN devices, but LAN devices can reach client