How to always highlight playing track in Foobar2000 playlist in the Default UI?

In Foobar's default user interface, the current playing track is signaled only by a very discreet arrow - no bold, no highlight, no different color. The only 'highlighting' happens by selecting tracks. 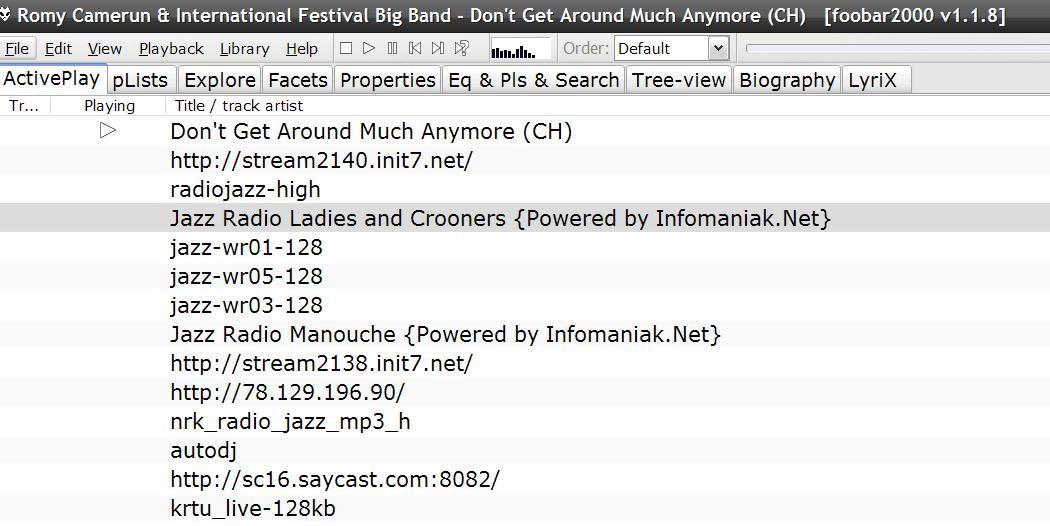 In other players the difference between selected tracks and highlighted/playing tracks is obvious.

Are there some settings - I don't mean skins - that would improve this?

UPDATE: I obviously am not asking about this feature in Columns UI: there's no point in asking for something that it is already there. So, this is limited to the Default UI where this elementary feature is strikingly absent. 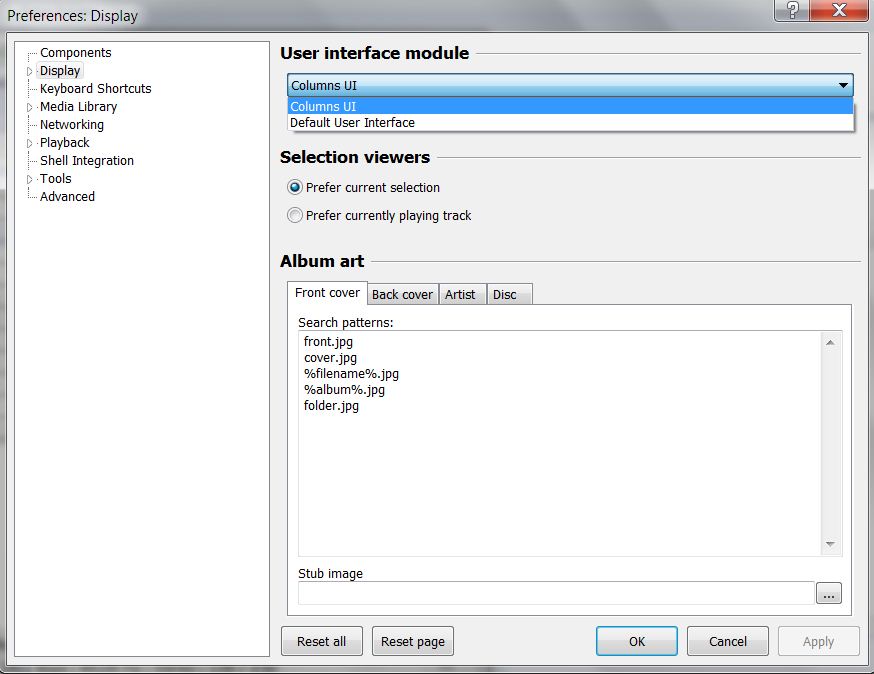 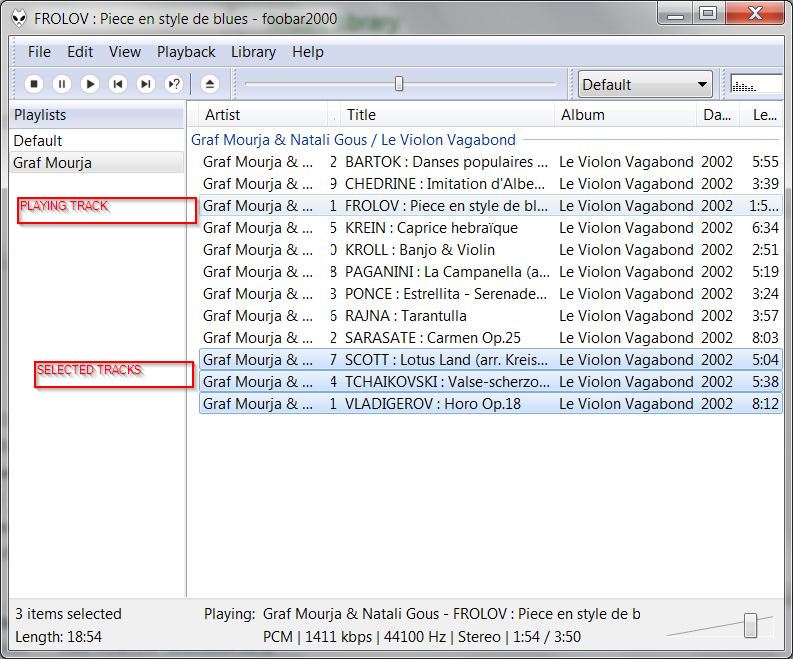 The arrow that signals the playing track in the default UI playlists is a column among others, which include the title, the album and the artist. While the default columns cannot be edited, they can be replaced by newly created ones.

Considering colors in the default UI , I read here that:

"Starting in version 1.0, the Default UI playlist view doesn't support color functions. In that location, text color can only be adjusted via angle-bracket syntax: Use < and > characters to make specific text vs. the default color or >highlight>ed with the highlight color, with up to three levels in each case, e.g.: , >highlight<, >>more highlight<<, <<>>." 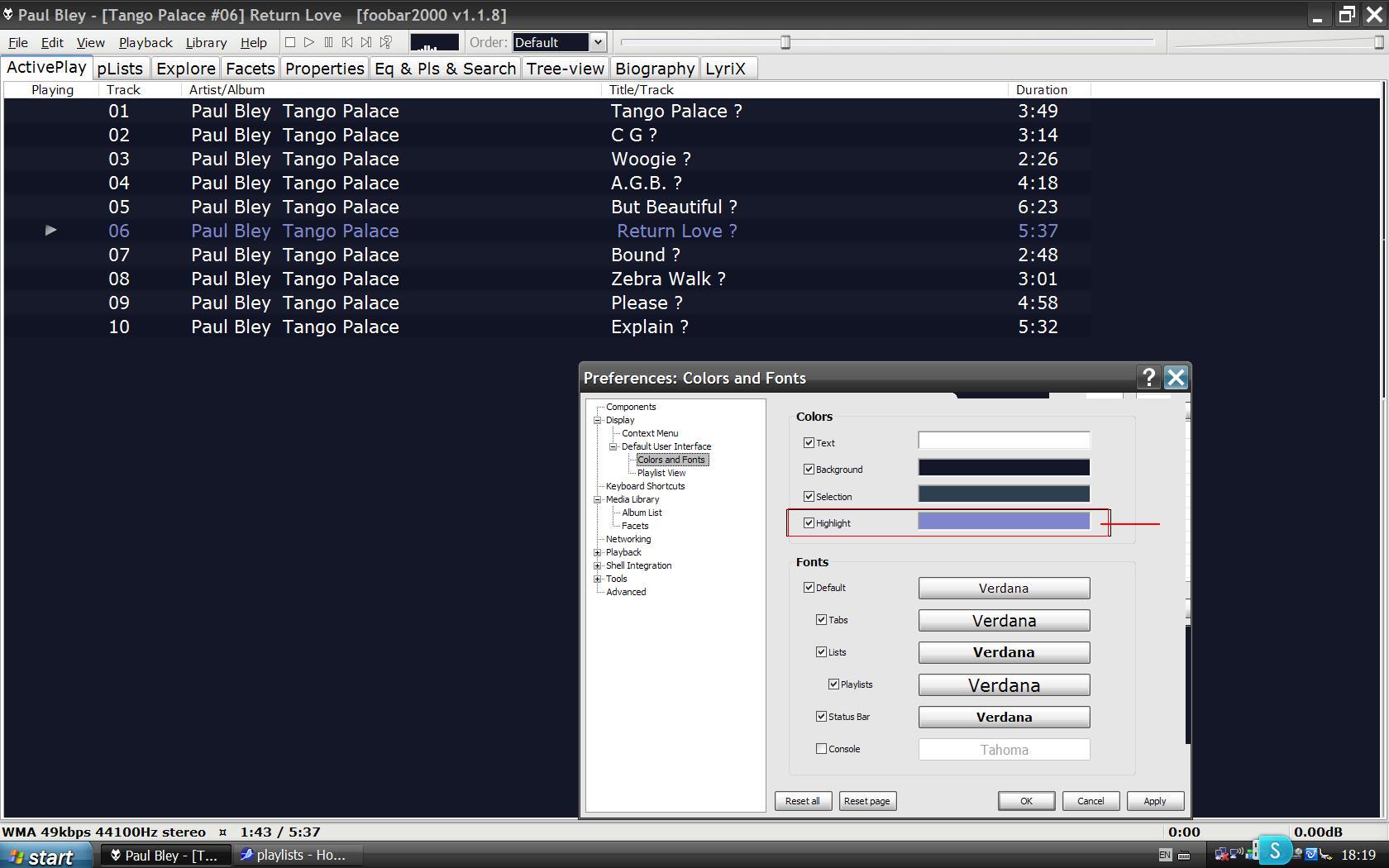 So, new columns (with corresponding names) may be added in the "Playlist view" section. 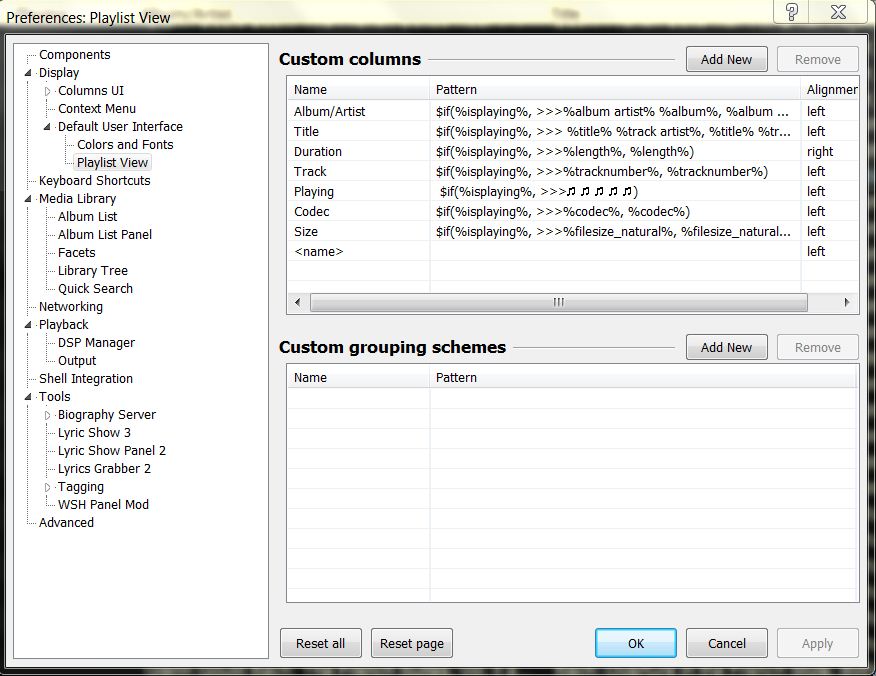 with 'patterns' similar to the following :

These commands follow the function$if(X,Y,Z)(presented in the Foobar2000 syntax help file) which means that "If X contains at least one present field, executes/displays Y, otherwise executes/displays Z." - In this case, if the track is playing, its color is highlighted (set to that of the "Hightlight" setting); the other tracks suffer no change.

The default columns must be replaced with new ones that follow the above pattern. So, un-check the old ones and check the new by right clicking on the columns' name: 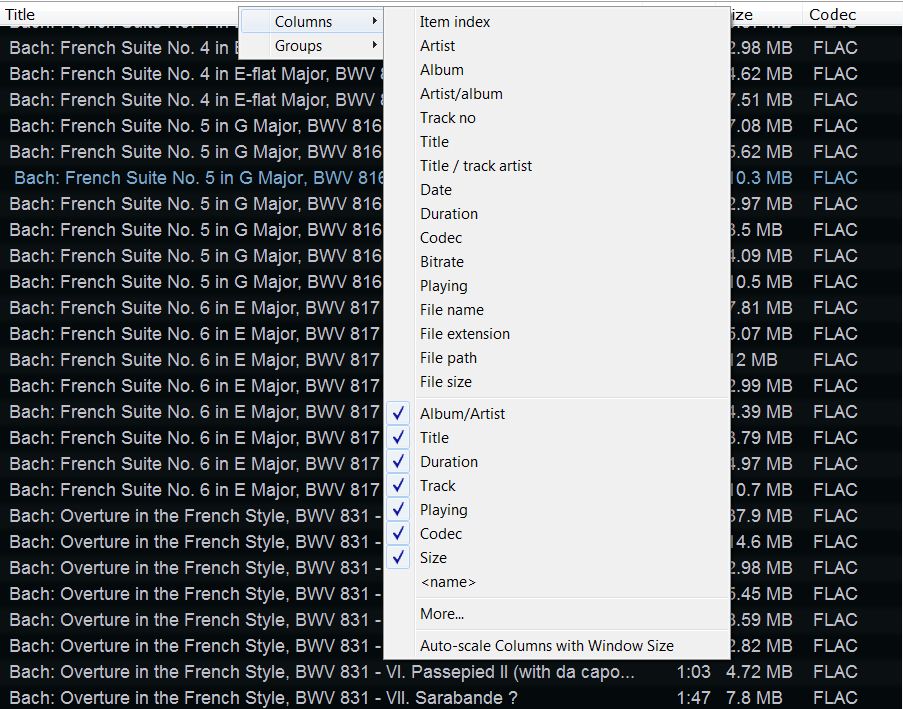 The Syntax help file can be accessed under Preferences/Display/Default User Interface/Syntax help (it is the file foobar2000/titleformat_help.html.) The line about the color is at the very end of the document. It says: "Color control: < > Used to dim or highlight text, currently available in playlist and status bar. There are 3 dim and 3 highlight levels, accessible by repeating color control characters."

To replace the 'Playing' column with a new one, look in MSOffice Word or in Open/Libre Office for a desired symbol within the font that you use to display the playlist in Foobar's default interface, and then paste that in the line for the new column as presented below:

By adding new variables, both playing and non-playing track can be altered, certain characters can be added, like music signs, or even spaces

e.g. If spaces are added before the Z variable from Title and Artist/Album columns, this will show playing track a step forward compared to the non-playing tracks.

e.g. For the image below, is used an Artist/album column with the pattern:

and a Title column with the pattern: 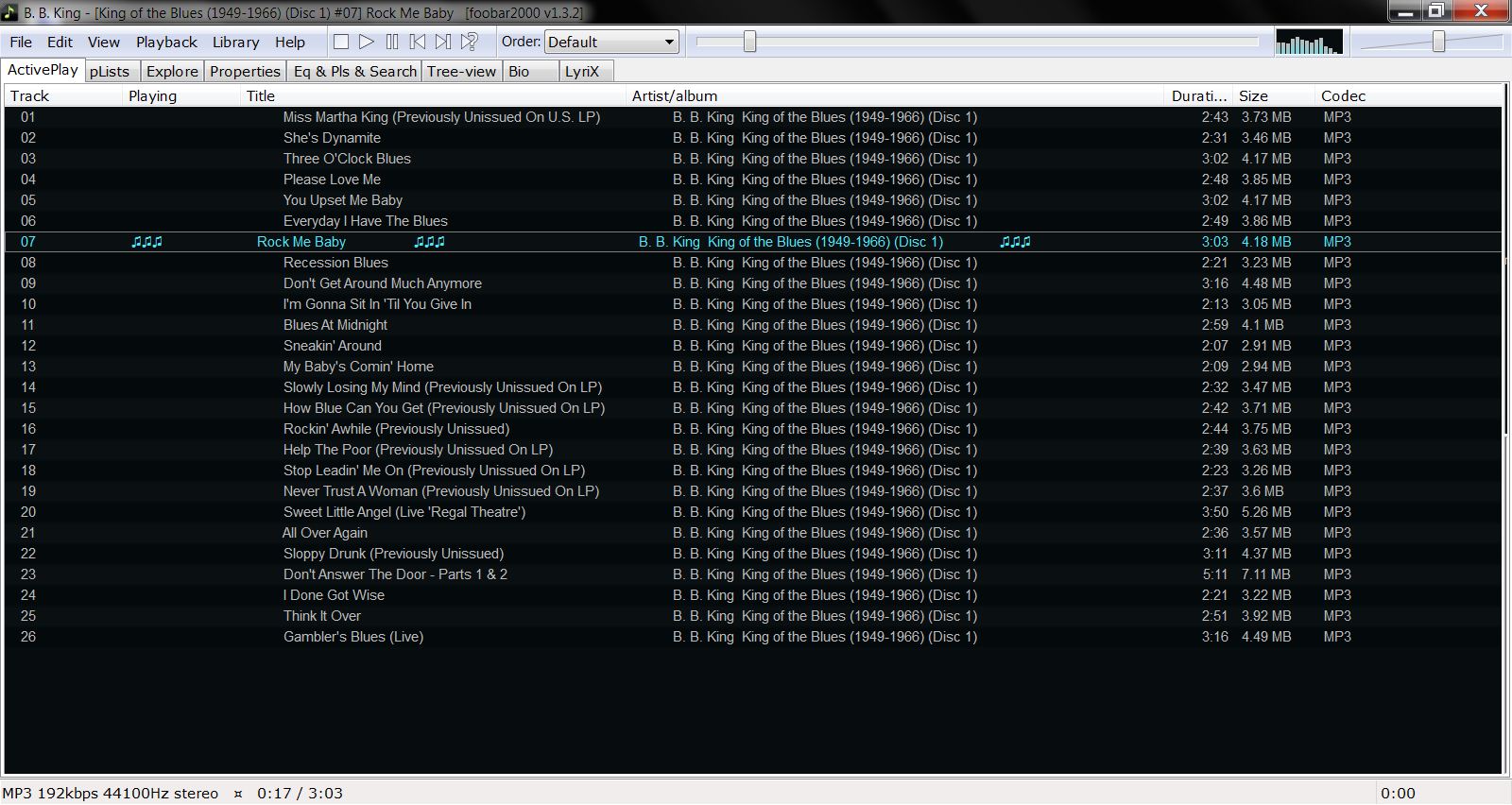 To save all the changes export the theme to file.

Here is a simple theme customized in this way. Load it and then look under 'Preferences - Default UI - Playlist view' to see and edit the settings.

0
Display currently playing track at the top of Foobar's playlist