Stream video from VLC on desktop to “VLC for iOS”?

I want to stream a video file that is located on my Desktop to an iOS device that has installed the recently published official VLC application. Both computers are in the same adress space in my LAN, I know their IPs and ping them successfully.

I can't figure out the procedure to stream a video directly from a non server computer with VLC installed to the iOS VLC application. I don't know if my straming approach is correct and how to open the stream in iOS VLC subsequently.

This is how I did it: 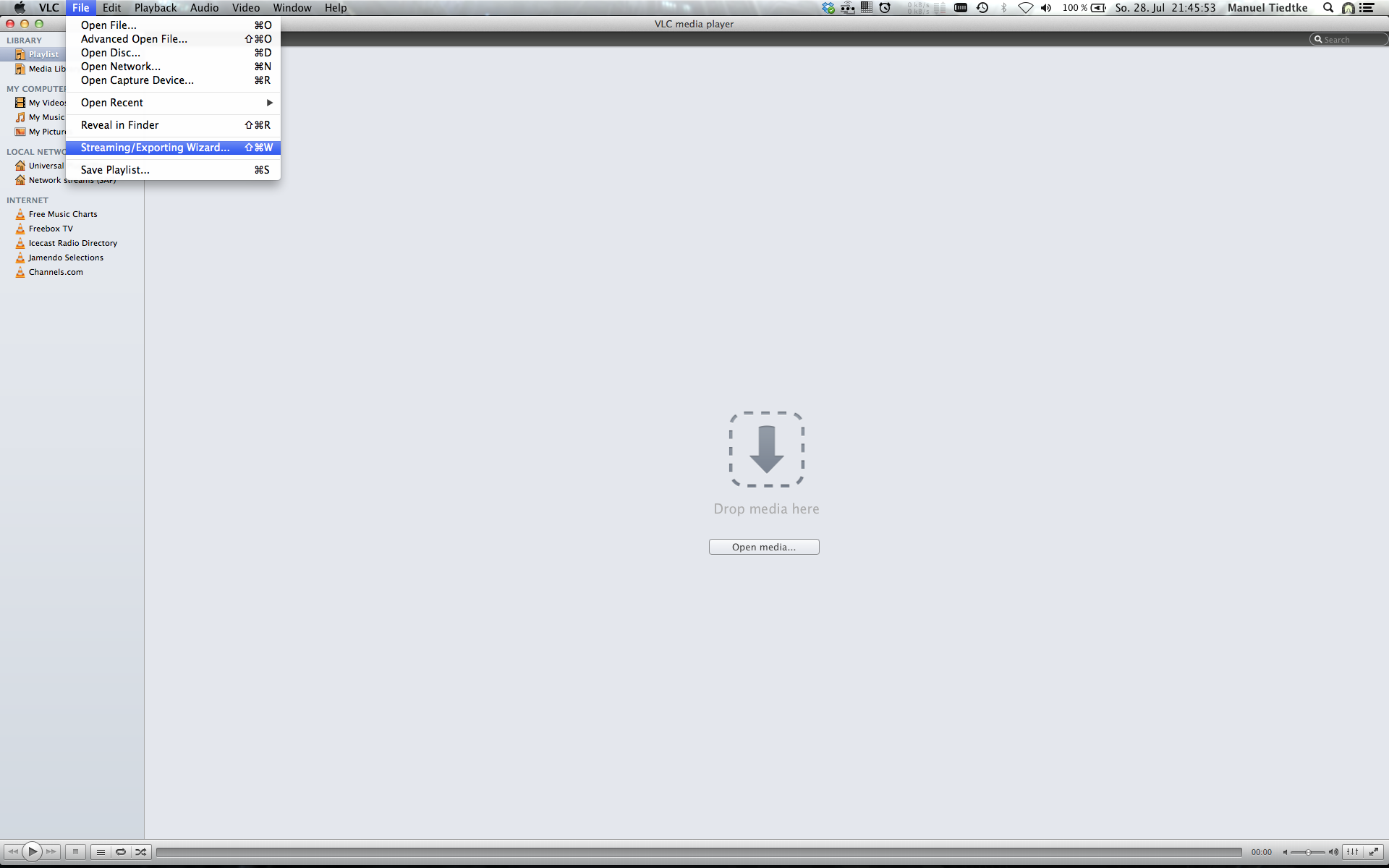 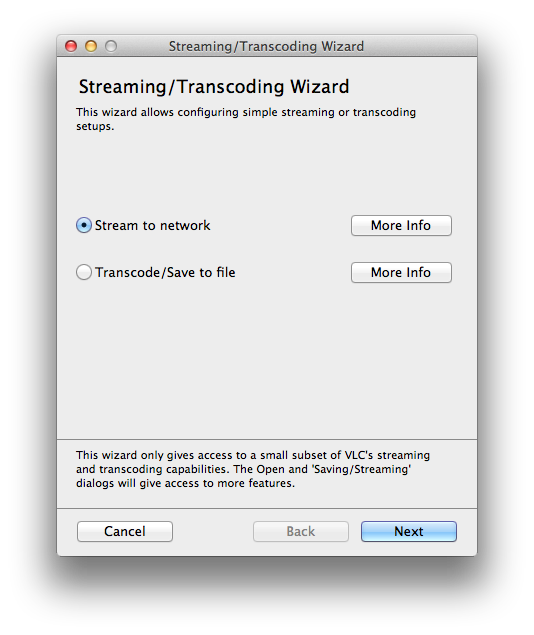 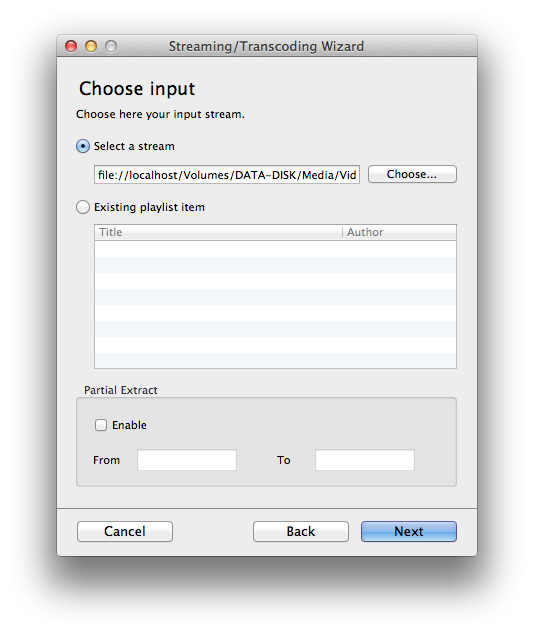 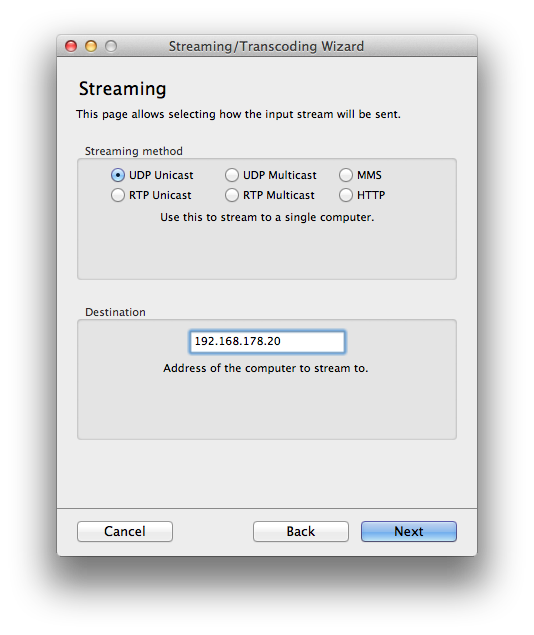 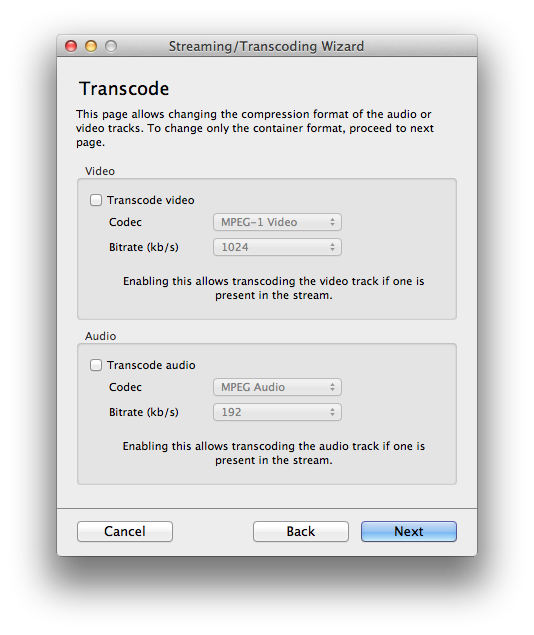 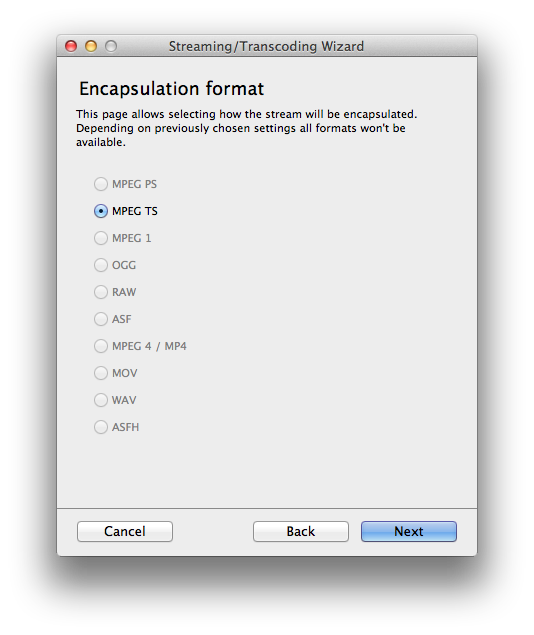 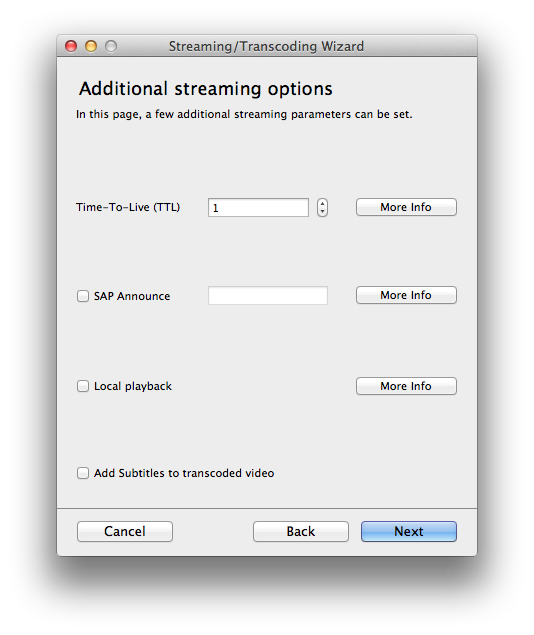 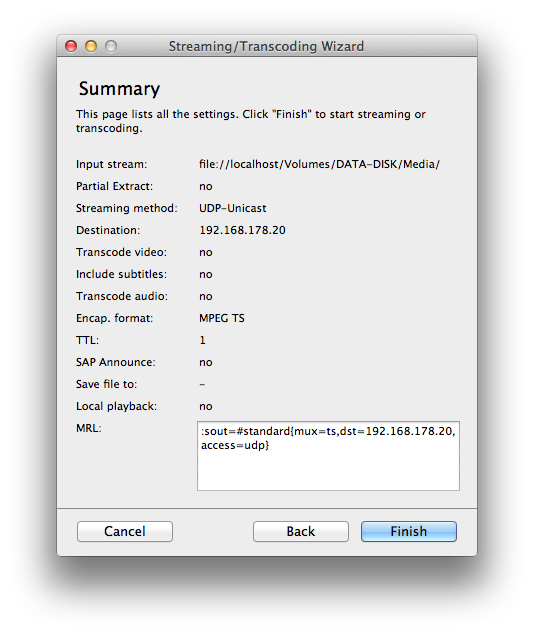 In the iOS VLC app I select the menu entry 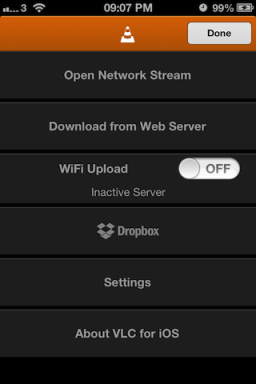 There is just an empty textfield, where I enter the location seen in the last desktop window. After that it says playback error and goes back to my empty media libarary. This behaviour with the same error message shows up no matter what I type in the text field.

I've got it working using the http streaming option. You can also do this via a terminal command like this:

Replace [YOUR_IP] with the IP of your streaming host, choose any free port like 8038, a user name and a password. Finally open the following network stream on VLC for iOS or Android:

You can also conveniently stream the system audio output using Soundflower (this is currently the only working version for El Capitan, if you read this answer at a much later point in time, this information will likely be outdated). You also need sox (for grabbing the audio device and piping it to VLC) and stdbuf, which you can obtain via brew install sox stdbuf (stdbuf will reduce delays by disabling the terminal line buffer). Set both the system audio input and output to "Soundflower (2ch)" and then run this command:

You can also use this to call someone on the local network. Set the system audio input/output back to speaker/microphone on both machines, open the http stream of the other machine and you are done. Just be careful that this connection is not encrypted. VLC also offers a https option, but I haven't looked into it yet. The delay will also be pretty bad via http. That can perhaps be improved by opusenc instead of vlc.

check out this video it might help you, it helped me achieve the task.

The main differences from what you have done are to encode in HTTP, and then on the iOS device use the IP and port

Not the answer you're looking for? Browse other questions tagged vlc-media-player streaming desktop-computer ios or ask your own question.