Is there a way (program?) that can let you safely merge two folders in Windows XP?

Obviously this can be done manually by opening the source and destination folders and moving everything, selecting No-to-All for any conflicts, then repeating with each and every subdirectory, however this can be incredibly tedious if there are more than a small handful of conflicts (besides, the whole point to computers/software is to automate simple, repetitive tasks).

In other words, I need in Windows XP, the folder-merge function that’s built into Explorer in Windows 7.

To properly reproduce Windows 7’s behavior (which is the right way), it has to meet a few basic requirements:

Again, the goal is to merge the folders like in Windows 7, not diff them, so before suggesting something like WinMerge, remember what moving a folder in Windows 7 is like.

Figure 1: In Windows 7, moving a folder that already exists allows you to skip existing files but process the rest 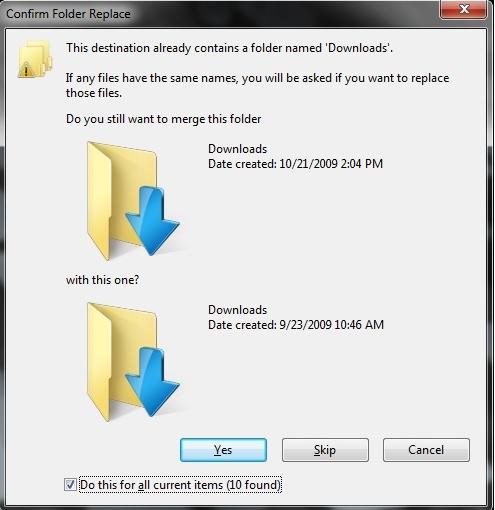 Figure 2: In Windows XP, moving a folder that already exists either overwrites all existing files or skips the whole folder altogether

(I just did a fresh search and all of the first dozen or so results are purple because I have already seen them.) ⊙︿⊙

Best solution to your described problem I can think of is program called http://codesector.com/teracopy I doubt the undo funcionality will work as you want tho.

Not the answer you're looking for? Browse other questions tagged windows-xp windows-explorer file-management merge or ask your own question.

11
Replace, not merge, folders when copying
56
How to merge (and not replace) folders when copying on the Mac?
18
Get recursive list of different files in Winmerge (without folder tree/structure)
6
How can I merge two folders in Windows?
4
Kdiff3 show conflict even that files have equal text and are binary equals
1
How to merge folders of the same name when moving without loosing data in any folder, in Windows 7 ultimate x64?
0
Managing filenames collisions while merging folders (linux)
1
How to merge duplicate folders with "name (1)", "name (1) (1)" etc. structure
0
Make windows remember a folder sort setting across sub-folders