I recently purchased a processor off eBay that was labelled as an Intel Core i5-2520M. It came shipped in just a tray, not the original box, but the processor and all its markings look perfectly legitimate.

The CPU seems to work fine for the most part and runs Windows 8 64-bit without issues, although it is giving me some trouble with AMT, but I'm not sure whether this is a CPU or a motherboard issue.

So, this leaves me with a couple of questions:

I ran CPU-Z and it reports the following:

It's an engineering sample (emphasis added):

Well, you got shipped a newer processor than what you ordered, with a marginally lower clockspeed and a few features disabled. Unless it was a hell of a deal, you might want to yell at the ebay vendor.

To sum up all the things in the comments and a few extra details - various levels of fake processors exist from repacked engineering sample chips, to the lovely, and utterly non functional core i7 920 newegg accidentally shipped a few years ago. You'd notice these are repacked chips, or complete bricks, rather than cunningly modified, or homebrewed processors. 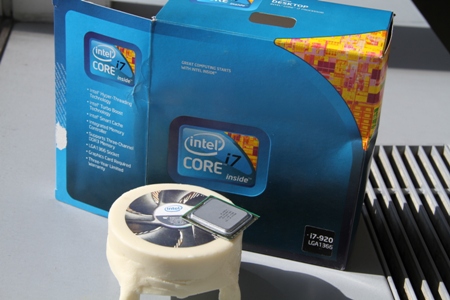 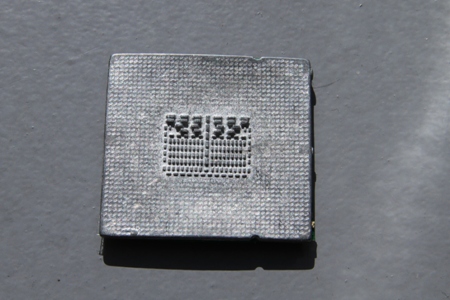 In this case though, you got a newer core i5 2450 rather than an older, slightly faster 2520 which has a few additional features. While some intel processors can be softmodded to unlock additional cache and features, I couldn't find any reference to radical softmodding. While you didn't get what you paid for, the chip you have is probably as it was designed and manufactured by intel. I'd suggest taking a closer look at those chip markings - since they would confirm it. It would be possible, and a little crafty to swap those heatshields, but its unlikely since its too much work.

As noted by DragonLord, the CPU I purchased on ebay is an Engineering Sample.

I have meanwhile received a replacement processor that is actually a genuine Core Intel i5-2520M.

Here are the differences:

I will leave DragonLord's answer as the accepted one, since he figured out correctly what was going on.

Creating a knock-off x86 compliant CPU isn't the same as a fake memory card. Worst case someone tried to pass off an older model but Intel changes the socket design every couple generations. Not to mention these CPUs also contain a GPU.

Not the answer you're looking for? Browse other questions tagged cpu or ask your own question.

1
Xeon X3220 dual-core 2.4 GHz - which march setting for GCC?
7
Second CPU missing of Dual Core
22
Interpreting output of cat/proc/cpuinfo
0
why in Linux VM like vmware and XenServer, physical id > the number of cores in /proc/cpuinfo
2
cpuinfo shows 40 vcores on 10 core processros
1
Will my AMD fx8320e 8-core run windows 10 64bit?
1
PC is shutting down due to overheating but heat sink is cool to the touch
1
What is the Intel CPU feature code for Quick Sync?