Pretty much since I installed Windows 8 I get high CPU load when I leave the system alone for a couple of minutes.

The high load will continue (usually one core fully utilized) until there is some user input. In the beginning this was the defrag process, but after fixing that, I am getting high CPU load from the System process.

I have run Windows Performance Recorder - the idle activity sets in about 4 minutes after the last input, the biggest culprit seems to be a function called RtlScrubMemory in the NT kernel: 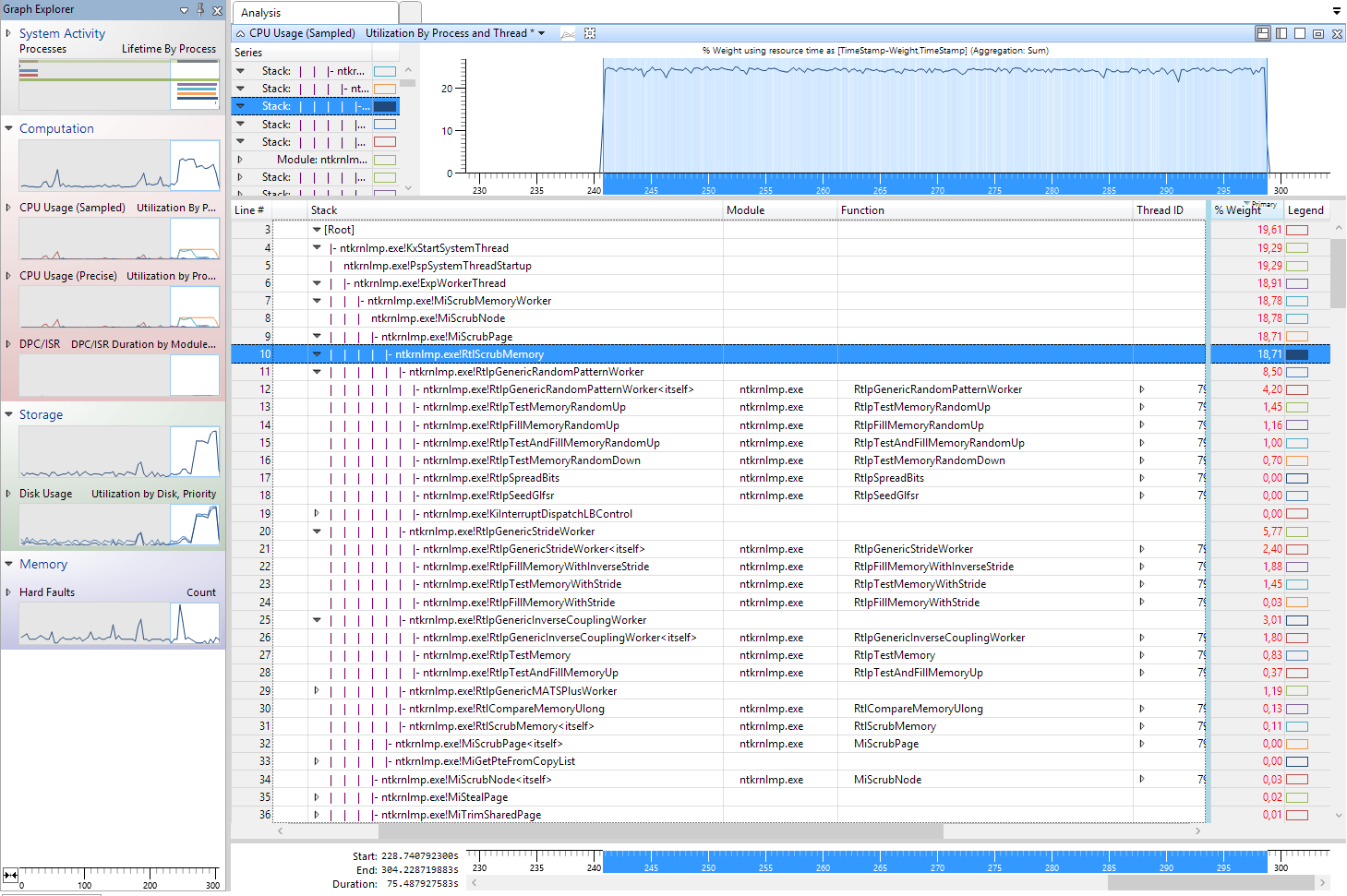 The system has 8GB RAM, Task Manager shows about 3.5 GB memory use, so memory shortage should not be an issue.

Googling did not really turn up anything useful - any help would be appreciated.

ok, because I saw the RtlScrubMemory issue several time I asked Microsoft about it. This functions is used to test the installed RAM.

If you happen to be running into this problem on Windows 10, the fix is slightly different. Inside Task Scheduler, the location of the memory test scheduled tasks that are causing problems may be located in:

(On my system, I did not see any tasks under the "TaskScheduler" folder, which is the folder that some others have mentioned to look in)

Disabling all of the tasks in the MemoryDiagnostic folder has successfully kept my computer from eating CPU (and eventually bluescreening) after a few minutes of inactivity. 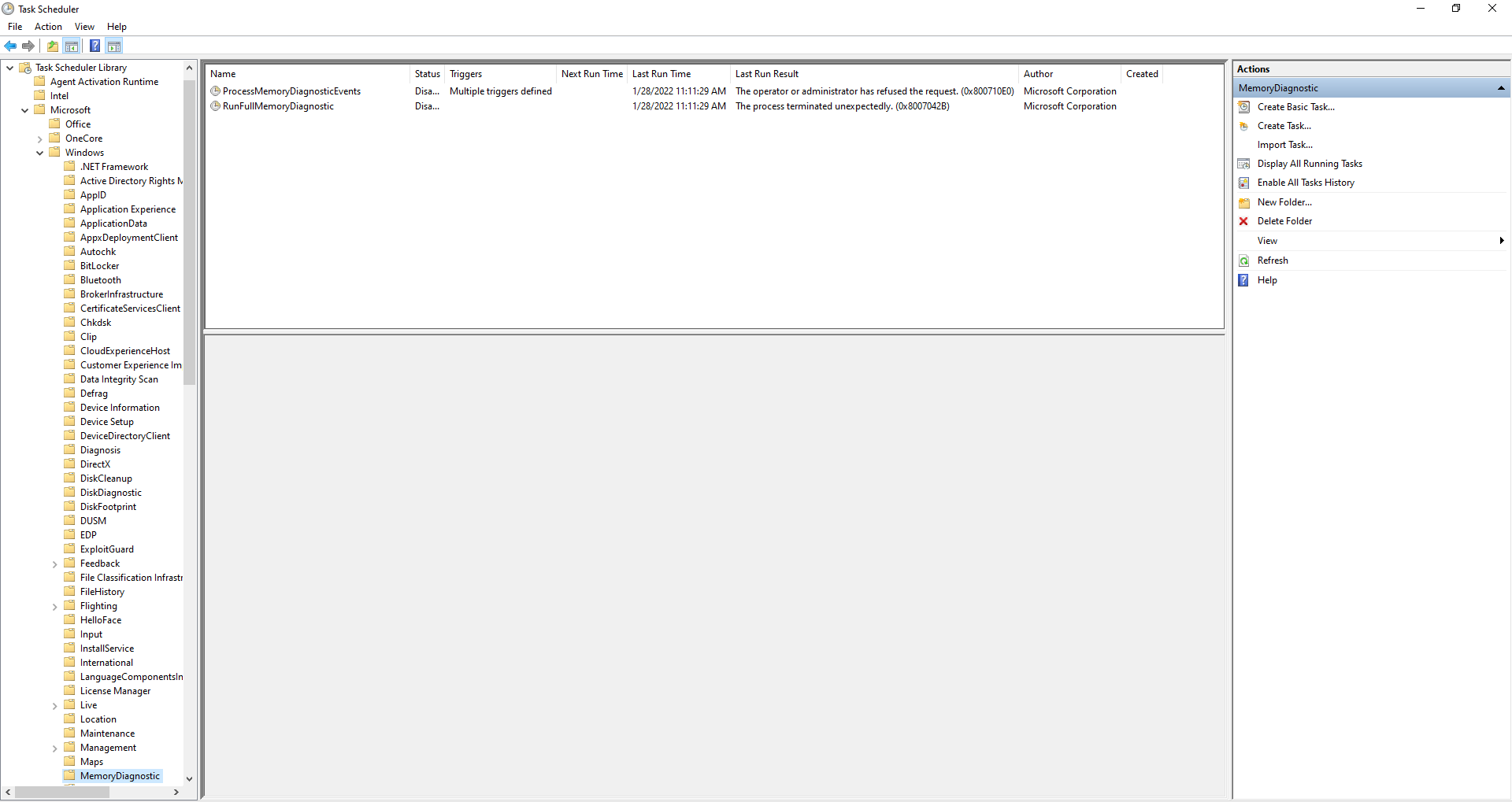 Could be a driver issue (in my experience, when Windows is acting strange, a driver is almost always at fault), you could try binary searching the extraneous drivers and seeing if disabling any of them causes the problem to go away (disable all non-necessary drivers, reboot. If problem goes away, re-enable half of them and see if it returns. Wash, rinse, repeat).

My suspicion would be a network driver, so those are the ones that I'd start with.

Also worth noting that the ETL trace shows fairly high usage from a svchost, which could be what's calling the scrubmemory.

247
How can I produce high CPU load on a Linux server?
8
High CPU usage by dwm.exe when nothing is happening
1
High System process CPU usage (Queue/Dequeue+TrimAlllSystemPagableMemory)
2
nusb3xhc.sys high CPU usage
40
What is the cause of a high CPU usage of 'system and compressed memory' in Windows 10?
1
25% CPU Usage at idle--Windows 10 system interrupts