Here is my network diagram: 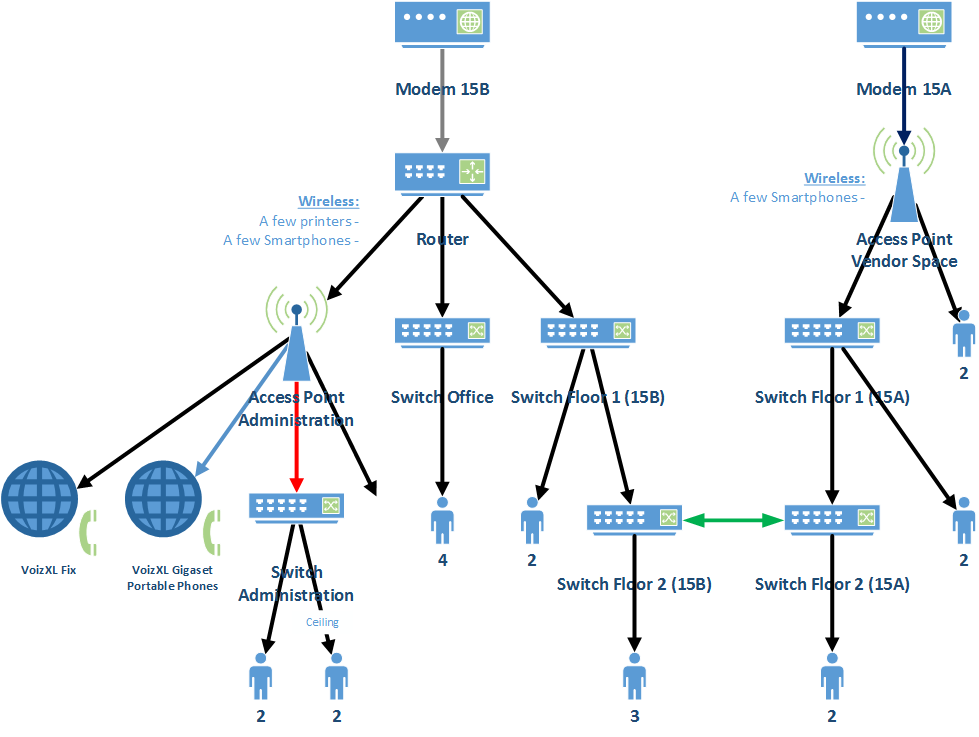 I am currently in charge of unificating a multi-network environment in a small business. I am the first hired IT Admin, and apparently my "predecessor" (who was not entirely aware of what he was doing) decided it would be a good idea to have three seperate wireless networks, each broadcasted by their own router. Given that there are two internet connections in the building, there's two routers directly connected to a modem. The third router was placed right behind one of those other routers, yet was configured to set up it's very own network.

The first step in that unification was simple enough, since one router was behind another, I turned the inner router into an access point. In the linked image, this is called the "Access Point Administration" which is connected to the router.

The second step, I am having a bit of doubts. I need to be certain before I proceed to avoid problems with people losing internet connection.

The "Access Point Vendor Space" as shown in the image is at this time still set as router creating its own network. In order to turn that into an access point, I need to create a link between this access point and the router in the first network, to ensure that all clients can get their IP's assigned. However for practical reasons it is impossible to connect these two devices directly. So hence my questions:

I will answer my own question, just in case anyone ever wonders about a similar networking problem.

Not the answer you're looking for? Browse other questions tagged networking router internet wireless-access-point or ask your own question.