On Linux, the Compose key is a great way to enter many symbols. E.g.

(The Compose key function can be assigned to various keyboard keys, such as right/left Alt, right/left Windows key.)

I really miss the Compose key when using Windows. I've looked but so far haven't found any way to get equivalent Compose key functionality on Windows. Does anyone know of how to do it?

Though this is an old question, many others probably stumble upon it via a Google search. So about 4 years after it's been asked, I figured a few more options do exist. I couldn't test them all (at home I have no Windows but those for light and fresh air -- and at work I cannot access e.g. Dropbox to download the archives of some), but here's a short list:

This should give anyone in need a few additional options. I wonder if MS will finally built this functionality into their releases, where it belongs (note the "if", not "when")...

There are a couple of utilities to emulate the Unix-a-like key composition chords under windows. Allchars is one, which is also F+OSS, though I've not actually tried it myself yet (it is one of the many utilities in my "to try later" bookmark folder).

On Windows, AllChars should do what you want. I have been using it for the exact purpose you describe for almost a year now.

Caveat: If you install AllChars and your keyboard starts to behave weirdly, try one of the other versions they offer, possibly the alpha/beta. They all seem to have different issues with the different versions of Windows out there. But one of them should work with whatever you use.

There's also Freecompose, found on code.google.com, but it has that annoying beep everytime you start compose mode.

Accent Composer looks promising, and I hope to try it some time.

Update:
Actually AllChars seems to do what I need (despite the web site saying it doesn't; I guess the web site's info is out-of-date compared to the latest version), and it's free. So I won't bother with Accent Composer.

You can use United states-International keyboard layout, You can type accented characters easily without any special software.

If I understand what the Compose key does in Linux, the Windows equivilant is to press Alt Gr along with a key such as A to produce á or Á, E to produce é or É etc.

There are thousands and after a quick look, I cannot find a complete list - I have found this guide that looks good - (and found it from this link) however there are many and you may find better.

Also, You can go in to Character map (either through Accessories or Run > "Charmap"), and click on a symbol and see what it's shortcut keystroke is - (it is not available for everything). 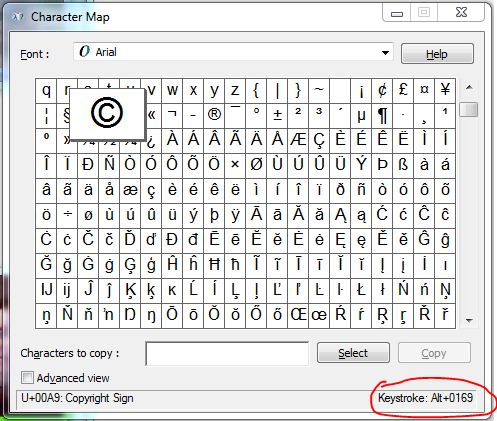 A deadkey is somthing else: you type the deadkey "`" and see nothing. but a following "e" will be replaced by an unicode char "è" which is one character (and not two in the same space).

A deadkey will only work with combinations which will result in unicode chars, while compose work with all keycombinations (in theory, it depends of the OS and aplication)

There are combinations of both methods (a compose with a valid unicode result automaticly converted in Unicode), so you compose C= results in a real € char and not simply printed C and = in the same place.

Of course real unicode is the more stringent method. But compose is more flexible:

w +0300 <\ALT> will be get the the ` over the w as composition an not unicode char, so it works (if its usefull is another question)

A keyboard-layout with deadkeys can be programmed with free microsoft keyboard layout converter, so you can remap deadkey functions to layers (for example, the AltGr layer is allmost empty, you can map deadkeys there), a goot help for the needed definitions is the greek keyboard layout. Compose keys can also be mapped, but dont click deadkey in the definition but simply type the unicode of the valid composekeys (beginning at U+0300)

The hard thing will be compose and deadkeys on a WindowsPC with restricted user rights (in office), where you can´t make driver changes and start own programms.

For this you can use an programmable keyboard (for example POS-keyboards) or an microcontroller converter (Soarer-Converter with teensy ++2.0). There you can put the composable chars in Unicode in extra layers. A way to make real deadkeys in hardware is not easy done - you have to programm your own adapter, a nobody has done it now (but Soarer is thinking about developing his converter for it)

Not the answer you're looking for? Browse other questions tagged windows keyboard-shortcuts or ask your own question.

0
Is there a way to make the function keys on both sides of my keyboard do the same thing in windows?
0
Making a tab key on the right side of a full sized mac keyboard
2
How can I make alt on Windows XP behave like a traditional modifier key?
1
Customise Windows' minimize all shortcut key or alternative without Windows logo?
3
Is there any utility/method to change Windows key bindings to type rare chars to currently empty bindings?
1
fn modifier ignored for F-key keyboard shortcuts in Mavericks
2
Keyboard missing right click on Windows
1
Bring back right Windows Key
0
Creating a custom function key in Windows