Remap FN to another key

I got a keyboard (Logitech Wave, pictured below) which I'm very happy with. Unfortunately, the manufacturer has changed the button for right-click for a FN key.

Is there any program to remap the FN key to something else? 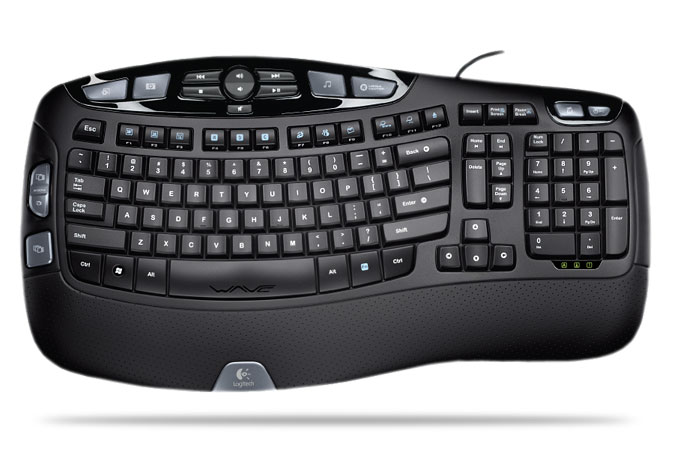 Can the Fn Key Be Remapped or Disabled?

Digging into remapping Fn combinations via a program like AutoHotKey, or digging into keyboard scancodes for Windows, one may be able to remap the offensive key combinations (Fn + Key). (see further down this answer).

As the Fn key is usually at the hardware level, it would not be able to edit or disable this doing so at this level.

[Fn] This is typically a hardware key that does not generate a separate code.

On a Similar Key, the F-Lock, Jason Tsang, Microsoft MVP, Says the Following:

The F Lock key is a hardware switch in the keyboard. Its state cannot be controlled programmatically. Its default condition is "off". As a result, whenever the keyboard is reset, or loses power, the F Lock key will always be in an "off" state. Do note that with the Microsoft keyboards released after September 2004, the keyboard will retain F Lock status through a reboot.

What is the Fn Key? Some more detail:

Why is it Often Seemingly Impossible to Map the Fn Key?

Most "fn" keyboards (apple included) just process the key combination before sending data, so pressing and releasing the fn key will do nothing at all. For example:

One Poster on AutoHotKey Starts With a Rhetorical Questions

I don't get any response when I press the Fn key.

The fn key is not supposed to send any signals. What it does is change the signal that is sent when you press another key...

So the real deal about Fn-key is that it simply doesn't exist to the OS, so you cannot actually "remap" it in the OS. All you can do is remap the secondary function of some key by remaping a key to send the fn-modified single signal...

So basically, automating fn-key is not feasible. However automating its final result is no problem! ...

So unfortunately no automation will be feasible on the OS level: you would have to go down to hardware/driver level and that is not feasible through AutoHotKey.

Some People Have Had Success Remapping Fn Functions via Autohotkey, and a Few Have Even Had Success Seeing the Fn Key.

...you might still be able to make it a hotkey by using the following steps:

Reverse direction: To remap some other key to become a "mystery key", follow this example:

Using AutoHotKey for Remapping Via DLL

AutoHotkey is an open source macro-making utility for Windows, and one of its many features is creating hotkeys. Micha, one of the members of the AHK forums, created a DLL file to add support to AHK for Human Interface Devices. Using this DLL file, it's possible to readout keys of practically every HID; keyboards, mice, remote controls, etc.

Here Is What the DLL Process Creator Says in an Old Article:

First of all, some information on the workings of the keyboard and the Fn key in particular. Each key has its own unique code, a scan code, by which the computer it's connected to can find out if a certain key is pressed and when it's released. The Fn key works a bit different. When you press and hold the Fn key, it'll change the scan codes of (some of) the other keys on the keyboard, so that a single key can send different scan codes back to the computer, each connected to a different function. That's why the Fn key is often used on notebooks, smaller keyboards or keyboards with a lot of multimedia keys. That way you can add many functions to a relatively small amount of keys.

The problem is that the Fn key usually doesn't have its own scan code. Depending on the keyboard and the computer it's connect to, it's possible that the Fn key doesn't modify the scan codes of the other keys, and therefor doesn't work. Because it also doesn't send out a scan code of its own, there's no way for the computer to know that there even is an Fn key, let alone what to do when it's pressed in combination with another key. Remapping tools can't help you either, because they're also based on the use of scan codes.

Example of Recording Fn Key Value Based on Instructions:

Once it's running, press your Fn key, or another special key, and write down the corresponding value.

SharpKeys is a utility that manages a Registry key that allows Windows to remap one key to any other key. Included in the application is a list of common keyboard keys and a Type Key feature to automatically recognize most keyboard keys. It was originally developed in C# using .NET v2 but has been updated to support .NET 4.0 Client Profile.

KeyTweak is a simple utility that allows users to redefine their keyboard input signals. The functionality is made possible by a registry value first documented in Windows 2000, but also present in Windows NT 4.0. and included in XP, Vista and Windows 7. This section lists some of KeyTweak’s features and reasons you may want to use KeyTweak.

What Does the Action Key Mode via Bios Do?

This setting changes the default behavior of the top buttons on the laptop keyboard. What does it mean?

If “Action Keys Mode” is set to “Enabled”, then to use additional features that are displayed as icons on the top row of the keyboard, you do not need to hold down the Fn key. It needs to be clamped so that the upper buttons work like F1..F12.

In the case when “Action Keys Mode” is in the “Disabled” position, as is often the default, the top buttons will work as standard F1 ... F12, and to use their advanced functions, depicted as icons, you need to additionally clamp Fn.

The right-click keyboard shortcut is to hold down SHIFT and then press F10. This is an alternative in caseright-click / context menu button is not available.

Not the answer you're looking for? Browse other questions tagged keyboard keymap function-keys or ask your own question.

14
Remapping a keyboard key in windows 8.1
16
Where to find windows keyboard scancode registry information?
10
Assign Home and End to Fn+arrows
2
Reprogramming Keyboard to Create Right Click
2
How to swap the “fn” use of Function keys on a *generic* Keyboard in Linux
2
State of Fn-Key under Linux
2
How To Map Fn+Key (Multiple Keys) To Other Key in Windows?
2
Why does my keyboard's "F-lock" button turn itself off?
1
Does using Fn key frequently cause RSI?
0
Defining keyboard shortcuts involving the Fn key on Windows
See more linked questions

7
Remap "next song" key in ubuntu to work with spotify and wine
6
Remap pause/break key
2
Remap keys from SteelSeries G6v2
3
Mac: How do I remap the context menu key on my keyboard to the command key?
1
Remap Lock key on Thinkpad Edge E531
2
Autohotkey - remap a solid key