How can I stop the Bing Bar from continuing to show up in Windows Update. I have selected "Hide update" on it many times, but it eventually comes back. I do not have the Bing Bar installed on my computer. 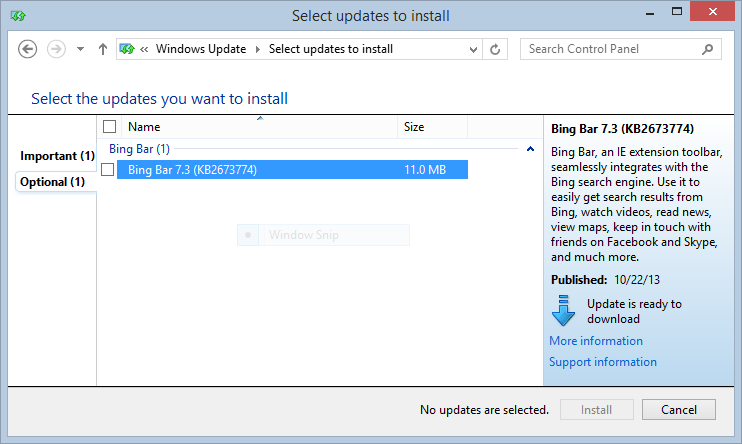 This question crops up frequently.

Some Windows updates keep returning no matter how many times you select to hide them. There are two ways that this can happen:

Unfortunately there is no way to permanently hide something; Microsoft can (and does) re-display things it feels you might want/should install. You’ll just have to play “Whack-a-Mole” and manually hide them whenever they pop up; fortunately that’s not too often. 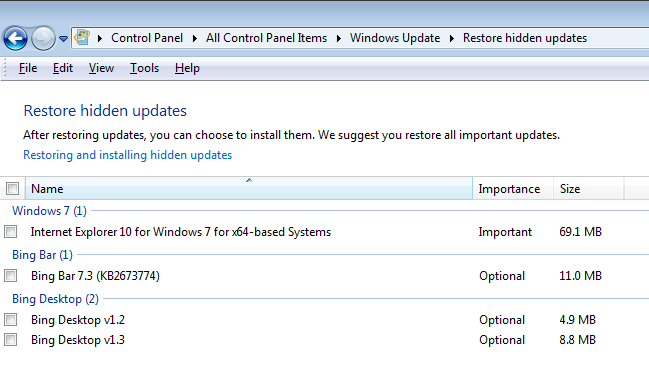 Not the answer you're looking for? Browse other questions tagged windows-8 windows-update windows-8.1 or ask your own question.

40
How do I tell Windows to shut up about Silverlight?
1
Configuring per-item Windows Updates