Is this a graphics card failure?

I'm fairly certain that my problem is a GPU failure - but before I spend money on a new one, I want to make sure other components aren't the problem/if it would be cheaper just to buy a new PC.

Here are my symptoms:

Is this just a GPU failure, or something more extensive like the motherboard?

Did some looking around. When I start the computer ALL fans start to increase speed, and the screen remains black even after I tried a new card, replaced the power supply, reseated the RAM and all cables. I'm getting the sickly feeling that this is a motherboard failure. I can get into BIOS now sometimes, but I feel as though that's just luck. It usually gives me the error that "floppy disc cannot be found" to boot from, though I have already made sure it boots from the hard drive (still not found).

Also, I ran memtest86. I didn't finish the test, but I was at around 100+ failures and 0 passes. This was the same for my other RAM stick. I want to say it's not a problem with the actual RAM since I don't see the chances of both of them failing.

Hard to tell definitively if it's the GPU from the symptoms...

I went looking for the full specs but couldn't find if it has an onboard graphics option. If it does, it should be fairly easy to pull the GPU out and try without it. When you say "monitor remains black", does that mean you don't even see the BIOS/motherboard splash screen?

A fan gets increasingly faster until powered off.

It would be useful to know which fan, if you can work it out...the CPU, PSU, GPU?

I'd like some closure to this question. I finally got some new components: new processor, new mobo, ram, GPU, etc. I think the old problem was my motherboard - there's two burst capacitors which would lead to my symptoms 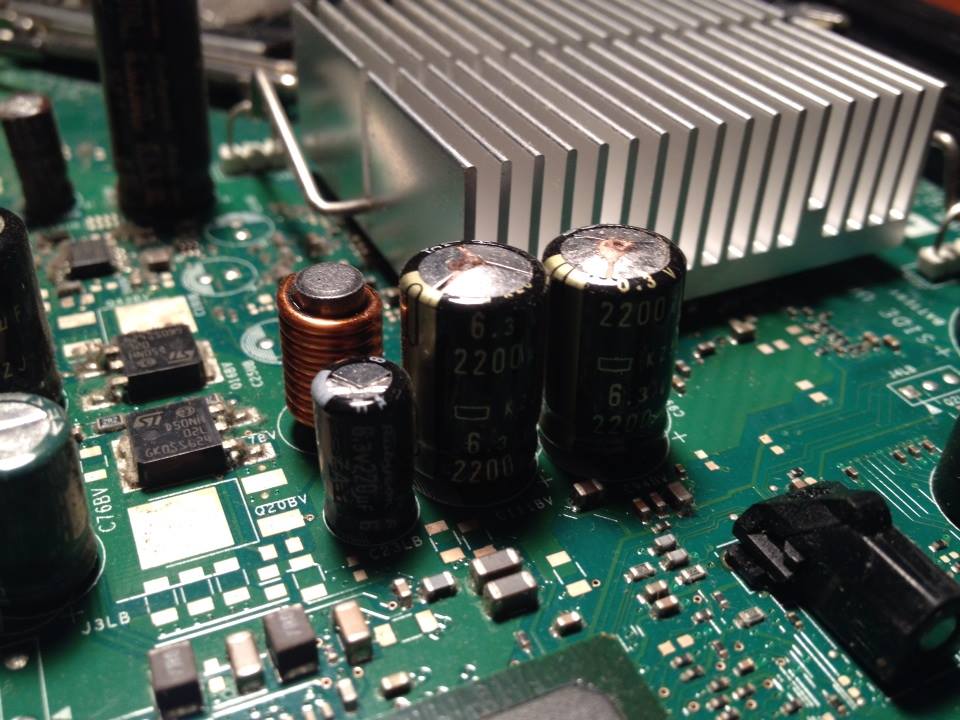 Not the answer you're looking for? Browse other questions tagged ubuntu gpu amd-radeon dell-xps or ask your own question.