Drawing a line graph in Excel with a numeric x-axis

In Microsoft Excel 2010, I'm trying to draw a line graph with three different lines. I've got the graph looking the way I want, with one exception: Excel is treating my X-axis column like text labels, rather than data points along the X-axis. As a result, the gap between 0-85, 100-120, and 300-750 are all the same. How can I get Excel to treat these as numbers and space them accordingly along the X-axis?

Here is what I have so far:

In the Format Axis dialog box for the Horizontal Axis, I've got the format selected as "Number" with 0 decimal places: 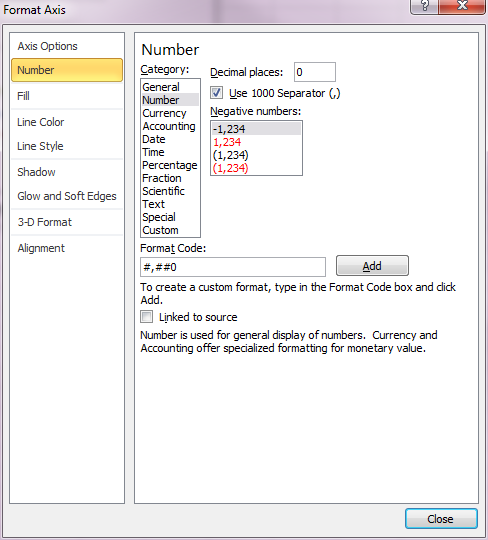 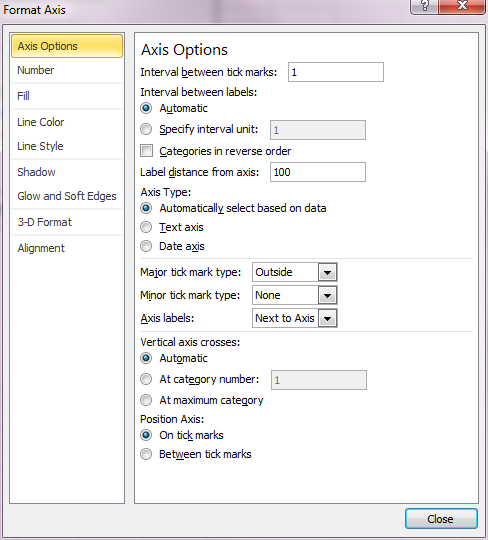 Make sure you have a scatter chart in Excel 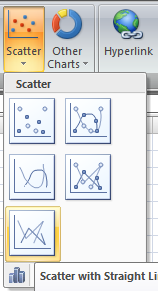 Here is the difference: 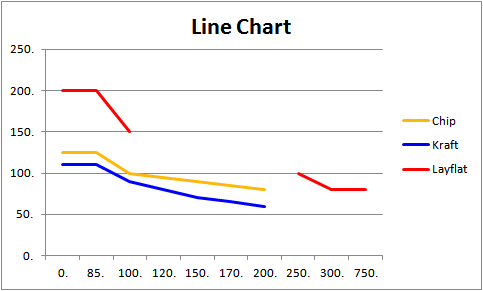 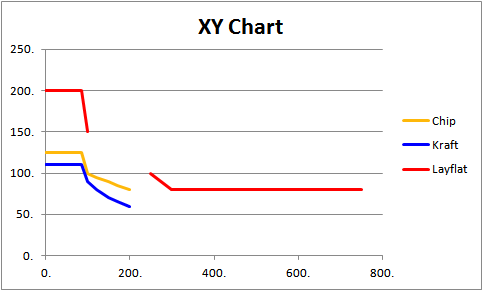 There are two ways to address this shortcoming. The most efficient is to use a Scatter chart with lines connecting your points. This gives the appearance of a Line chart with the convenience of the values appearing at the correct intervals.

However, there are times when you may want to use a Line chart (e.g. your horizontal axis are dates and you want to use the built in aggregation for major and minor units to days/weeks/months). In this case, you'll need to add values to your horizontal (X) axis values, with no corresponding Y values (i.e. use =NA() for the "blanks", and Excel won't plot the values). Excel will provide an axis point for each value, it just won't be plotted.

EDIT: The same Chart can be created in either type, just with a differing amount of input data. Here's an example: 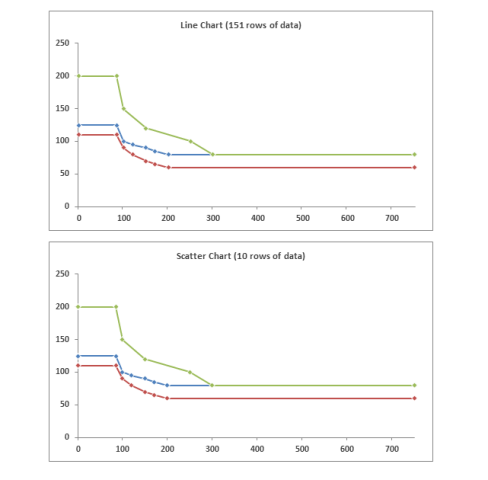 Neither of these solutions is the "correct" choice, but rather tools which give you flexibility to display your data as intended (once you get comfortable with the differences).

EDIT: Also, FWIW, your chart doesn't change values past Line Speed of 300. Unless you have a specific business reason to extend out to 750, it's worth considering shortening the horizontal axis to 300, and allowing the differences to be emphasized. 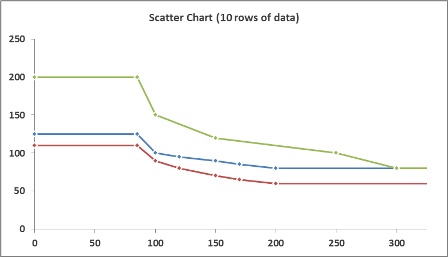 Not the answer you're looking for? Browse other questions tagged microsoft-excel-2010 charts or ask your own question.

2
Excel Chart not displaying X Axis
0
Is it possible to create a broken X axis in Excel 2007?
0
Scatterplot with variable X on X axis and Y on Y axis
6
In an Excel chart, how do you craft X-axis labels with whole number intervals?
5
How to customise labels on a secondary axis to show student progression as a flight path in Excel?
1
How to Fix Excel Graph to stop drawing line when data ends (not auto extend line to zero)?
0
Space values in line graph by Y value instead of equally
0
Plotting closely located points in line chart in MS Excel 2016
0
Excel charts, moving horizontal axis