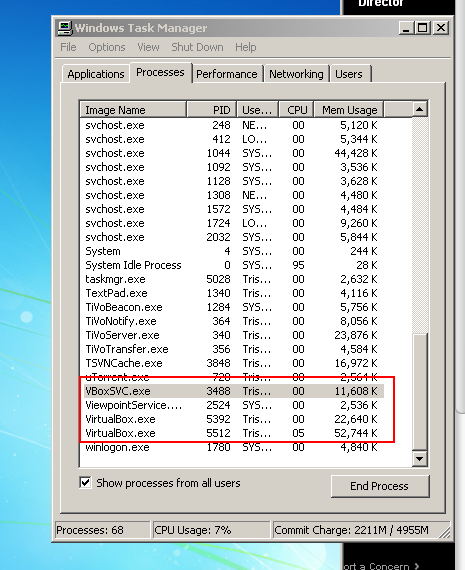 You can see it using great SysInternals' application VMMap:

-1
Why is VirtualBox using more memory than configured?
0
Task manager shows RAM is full but with what? Numbers don't add up
24
How can virtual machines consume so little RAM on the physical host machine?
2
System requirements for running windows 8 (basic office use) in virtualbox (ubuntu as host os)