I need help identifying the name of a connector.

I have a Gateway DX4870-UB318 computer, I opened the case and wanted to attach another hard drive, but to my surprise one existing SATA hard drive was connected to the motherboard with this connector: 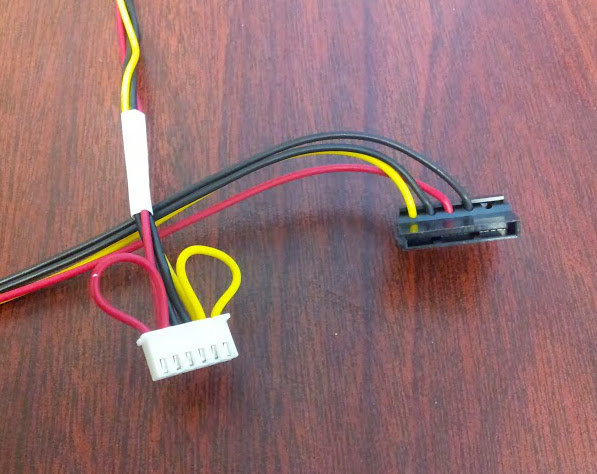 And here is the spot on the Motherboard where the power was supplied. 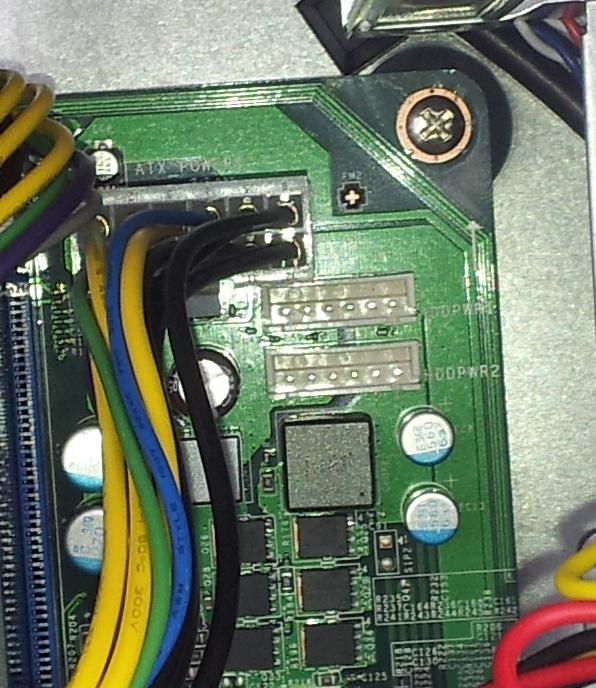 What is the name of this adapter and where can I get another one?

This computer was bought new October 2013 from best buy, box number: DX4870-UB318. The gateway folks won't divulge the type of motherboard it has nor give specs on it.

Next to the connector on the motherboard it says: HDDPWR1 and the second one says HDDPWR2. This cable has two SATA power connectors and one mystery connector.

The power supply has no molex power cables and no SATA power connectors! This is the most bizarre hard drive power system I've seen. I guess the motherboard folks are trying to remove the burden for desktop power supplies to provide adapters (molex, SATA, other) to CD's and hard drives.

Can someone put a name on that white flat 6 pin HDD Power Connector?

I ended up running out to TigerDirect store buying a "SATA Power Y Splitter Cable" to provide more spaces to power SATA devices.

Thats apparently a 3.96mm pitch crimp power connector. I can't seem to find any reasonably priced, and in stock things that convert that to sata. In theory, you could then build an adaptor off that, or you know what you're looking for.

That said, replacing the PSU for a standard sane PSU would be a great idea. Most OEM PSUs arn't great and yours seems horribly crippled.

(When you are finished, you may wish to send before and after photos with refurbishing commentary to Acer's "Design and Marketing Team for the Gateway DX4870-UB318 computer", if you can find the appropriate mailing address.)

I recommend taking a close look at these related links:

This is surely a "Needlessly Proprietary SATA Power Cable". They are known for causing surprise and disappointment upon opening the case of the machine. They can only be ordered painfully from the manufacturer.

You have two options:

Pick one of those and forget about that nasty looking cable :)

Anyways my oldest son is going to buy it and upgrade his unit to a newer Geforce model. Will report back. 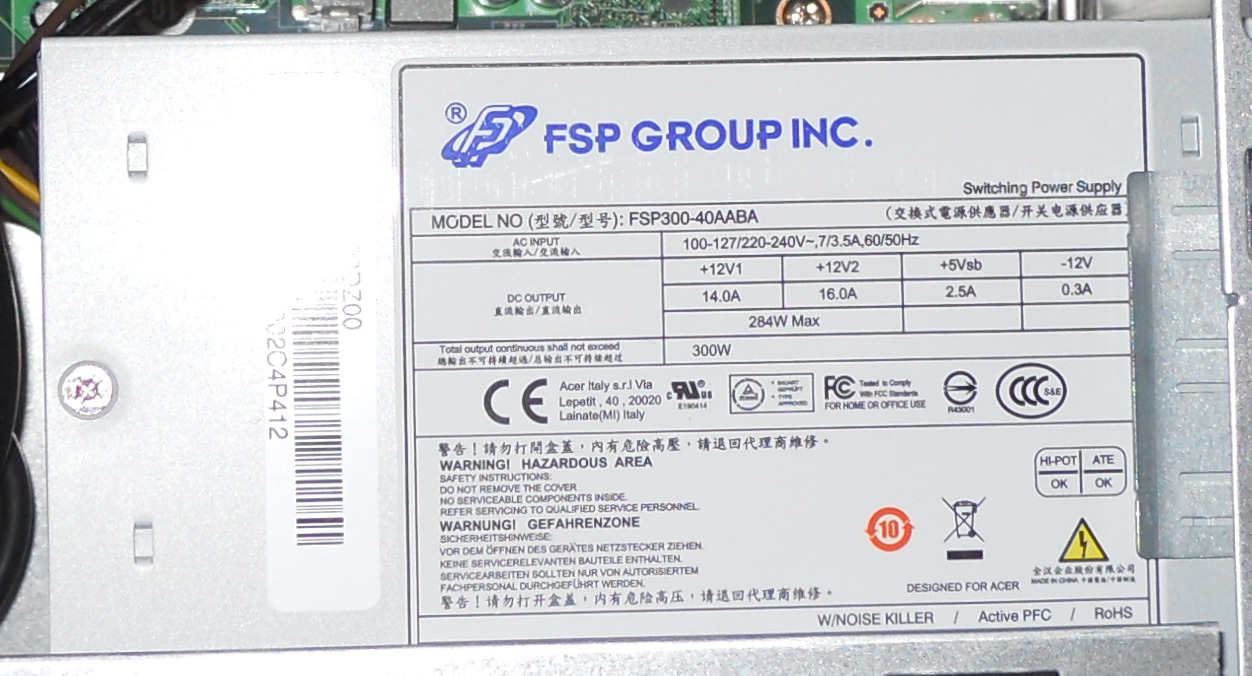 Send this power supply back to the store if you can. Bad business practices must be punished!

You're going to need to go through the manufacturers website and pay 1000x exorbitant prices for their proprietary cable. Or buy a SATA splitter. BAD manufacturer. NO biscuit.

I ended up going to a hard drive Y splitter power cable from a computer parts store. I let the hard drive just hang in there.

Not the answer you're looking for? Browse other questions tagged hard-drive sata power-supply or ask your own question.

2
Installing a case fan: What to do when there's no spare 3-pin and no Molexes at all?
5
Connect a 2.5" (laptop hard disk) SATA hard disk to Desktop PC
3
How to plug-in this hard drive?
0
What does the IDE connector labeled PRI IDE on my motherboard do?
2
How to Add Additional SATA Power Connectors?
0
Which Connecter Is The Correct One
1
If I de-soldered a sata male connector off of a motherboard would the board remain functional?
1
Is it possible to connect a 3.5“ SATA drive to a 2.5” connector?
0
PCI-power cable to two molex female connectors