I recently bought a Kingston 120GB SSD and installed Windows 7 Ultimate 32-bit on it. I also have a secondary 500GB HDD: Western Digital WD5000AADS.

When I try to boot, it freezes and shows the following message:

I've tried most of the solutions I could find:

I can boot normally if I insert the Windows Installation disc, select to boot from it and skip the button press.

The SSD is C: and the HD is F:. However, on the Repair System menu, the Local Disk (SSD) appears as D: and the HD as C:.

Also, there was a SSD partition named D:, which was active, but I deallocated it and set C: as active, because there was a missing bootmgr problem previously. 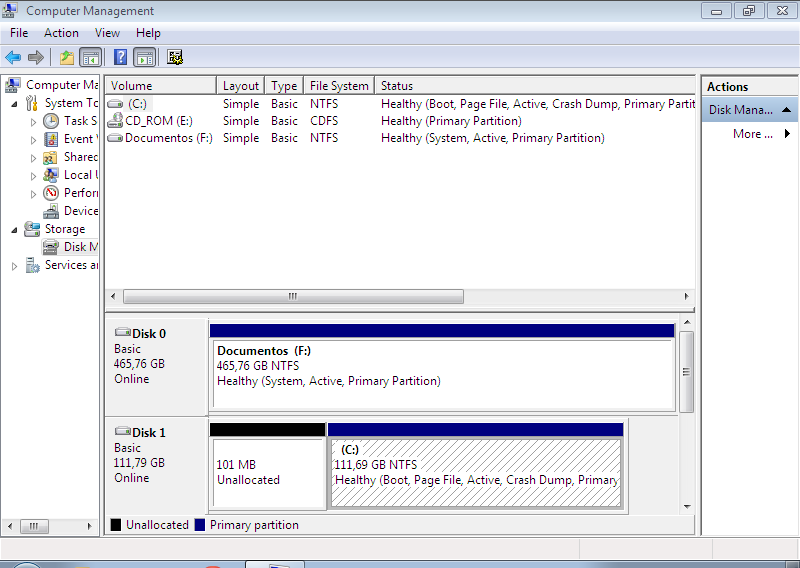 Sounds like your HDD is in the boot order before the SSD.

In your BIOS ensure that the SSD is ahead of the optical drive and the HDD, in the boot order.

If the item in the boot order list is "Hard drive" or something generic like that, look for a separate (Hard) Drive order section and ensure the SSD is ahead of the HDD in there as well.

Also, you may want to disconnect the HDD from the system completely, boot from your Windows install disk, and do a repair.

Once that's done and you can boot into Windows, stick the HDD back in.

Looks like your boot partition is not marked as "Active" See if these steps work:

And as with all disk related stuff, do anything at your own risk(Although I dont see any risk here).

Not the answer you're looking for? Browse other questions tagged windows-7 windows hard-drive boot ssd or ask your own question.