How to disable so-called »accelerators« in IE 11

Since at least version 8, Internet Explorer has had an unfeature called "accelerators". It becomes manifest when you mark a bit of text on a web page, disrupting useful features such as copy/paste or marking text using Ctrl/Shift arrow keys.

[Update 01.11.14: I just discovered a feature in IE11 that is accessible via »Ansicht -> Tastaturnavigation« (probably »View -> Keyboard Navigation« in English) allowing you to select text for copy/paste using the keyboard. It is also accessible via F7.]

It seems that back in version 8, the way to remove this horrible unfeature is to remove each and every "accelerator", which can be done using the add-on manager. (See What is the blue double arrow that appears over links? for some pointers.) But now in 11, this does not seem to do the trick any more. I have removed them all and restarted IE and the nasty unfeature keeps rearing its ugly blue double-arrow head. How to kill the beast?

I reported this issue on Microsoft Connect. The accelerator button was supposed to be removed in IE 11 but it still appeared although it did nothing. There was an option in Advanced - Display accelerator button on selection (in English) - that needed to be unchecked. This option doesn't exist in the current build so I guess all the code has been removed. 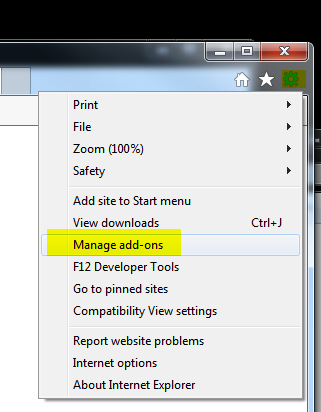 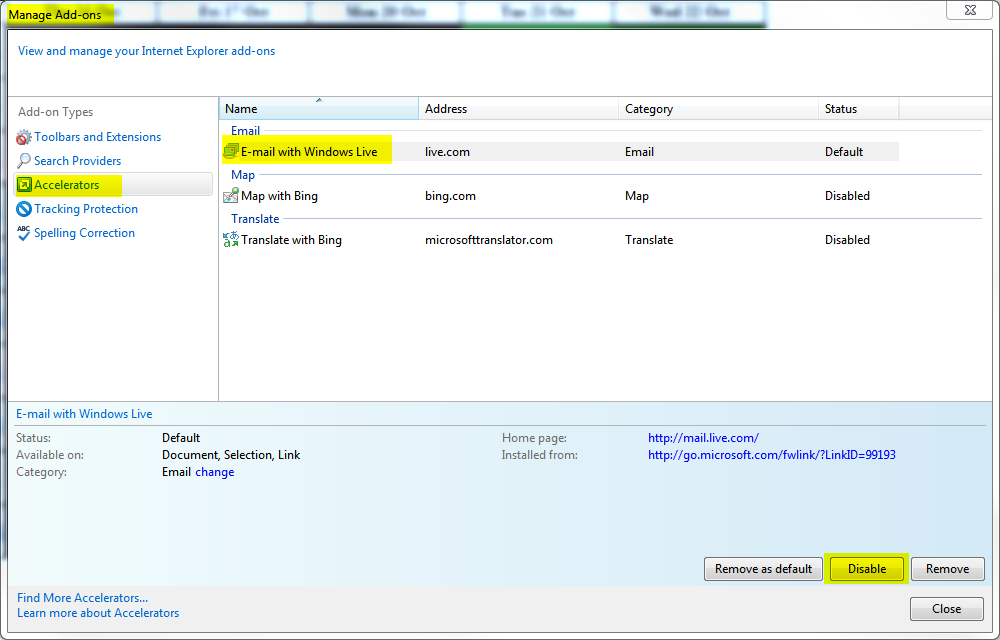 I have two active accelerators which do not cause any problems. 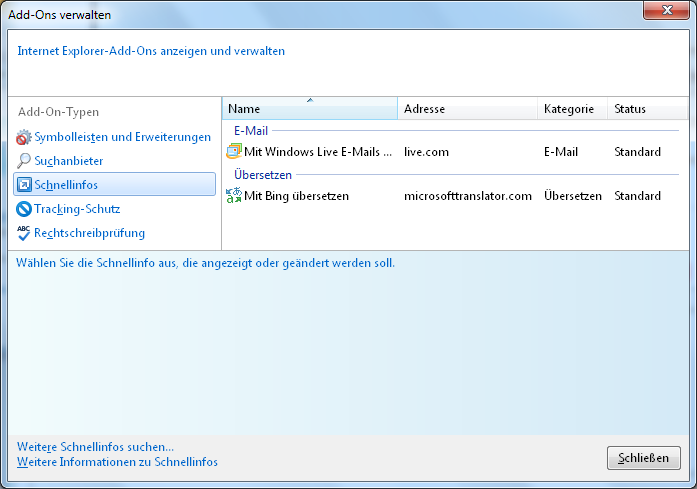 Not knowing what has actually caused this change for the better, I'm inclined to say: Good job, Microsoft!

2
What is the blue double arrow that appears over links?