Make two or more graphs have the same scale

I have several area graphs in an Excel spreadsheet. I want all of those graphs to have exactly the same scale.

But (roughly) like this (the image is squished, this is just a demonstration, I need Excel to do that for me):

Is this possible without either using an image editor, or just manually scaling the graphs "by eye"?

If it's relevant, my Excel version is 2013. Also, don't worry about the graphs being upside down, they're meant to be like that.

I constructed a couple of charts that are similar to yours: 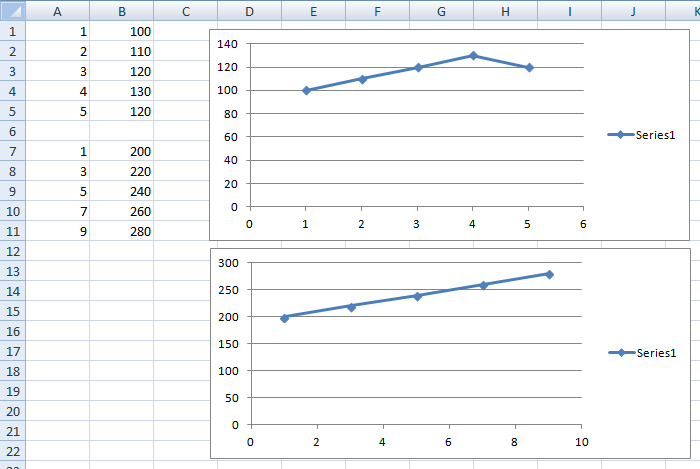 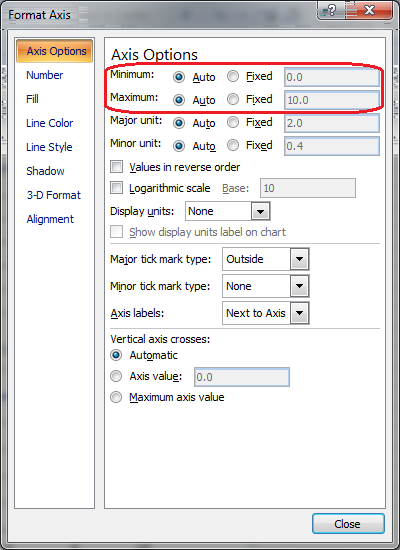 Note the minimum and maximum.  Then bring up the Format Axis of the top chart and set its values to the same as the bottom chart: 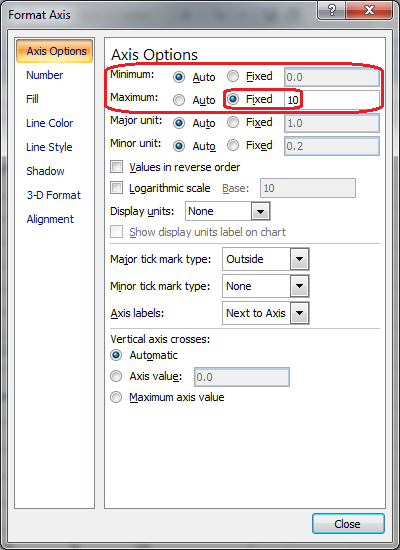 Now the graphs have the same scale: 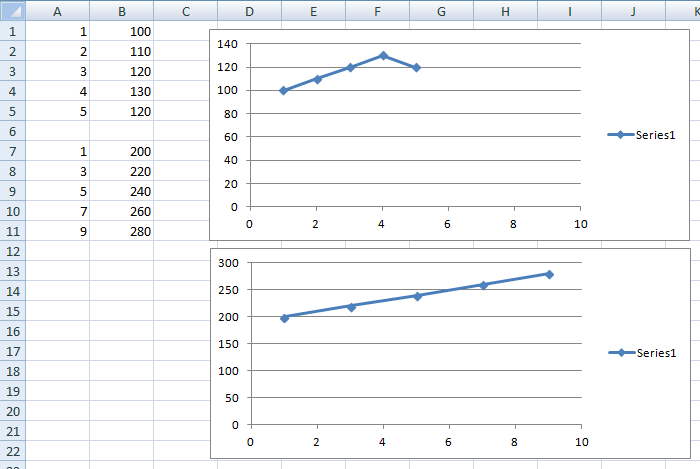 3
How to create an Excel chart showing a value and its change?
1
How do I write a complex Excel 2013 “and” “or” function
1
Excel charts flickering/moving on screen
0
Autoupdating an excel table in a word document
1
Line chart doesn't populate the actual values
0
Excel: Add multiple tables into a single stacked column graph
1
Excel chart displaying all data points by day?
0
Secondary horizontal axis in MS Excel scatter plot
1
Excel Mac - create graphs with two columns with values for x- and y-axis
0
Creating an image from excel spreadsheet data