I have the Razer Deathadder mouse (left handed edition) and some of the buttons don't work on Linux. For example the back and forwards buttons on the side, pressed by the thumb don't work and pressing down on the scroll wheel doesn't do anything. As far as I can tell Razer hasn't come out with software for Linux.

Update: as per Journeyman Geek's recommendation I'm trying to install a third party configuration tool but I'm stuck at the install part 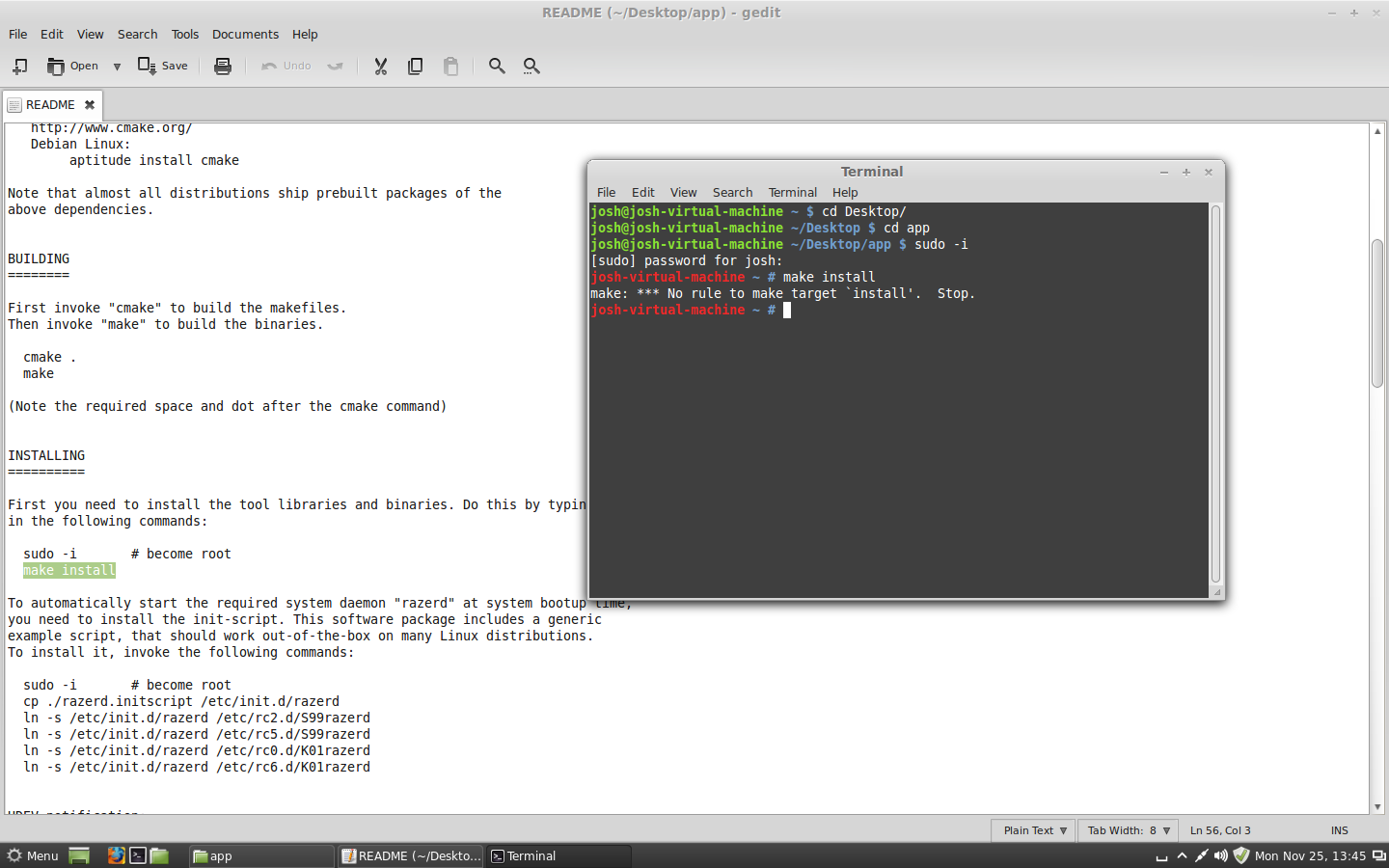 Update 2: as per Dennis' comment I have installed the configuration utility and have copied razer.conf to /etc/razer.conf what is the next step?

I'm using the latest version of Mint Linux. What must I do to get this functionality? 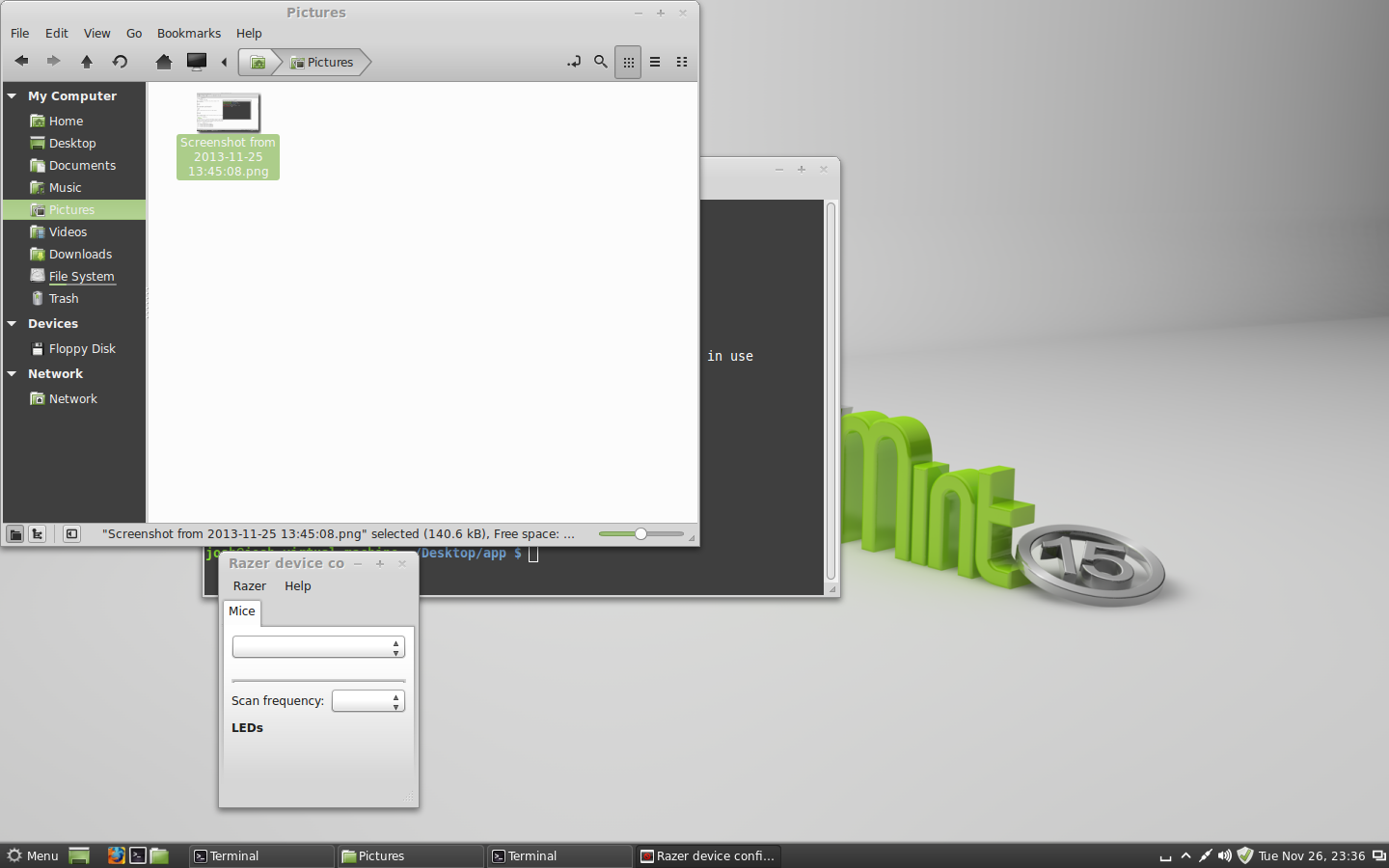 I forgot to mention that Linux is running in VMware Player. Here is the output of xinput 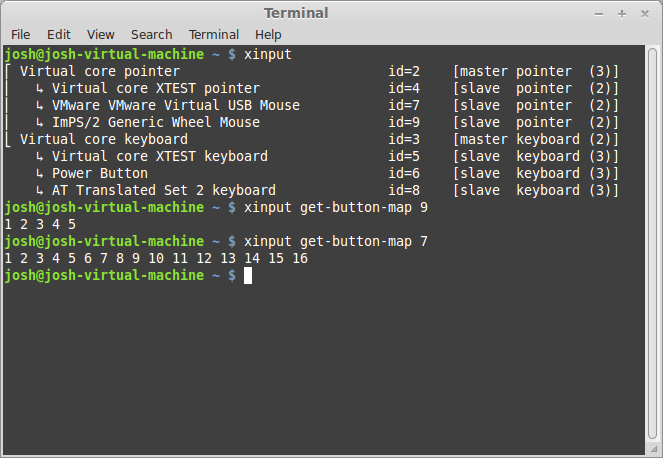 In many cases, razer hardware dosen't really do things in a standard way, or needs a little prodding for things to work right. I've not gotten a chance to test it out myself, but there's a FOSS, unofficial driver/configuration tool for razer mice, and regular deathadders seem supported. I suspect the left handed version should work.

If this dosen't work, you can check if these keys actually do something with evtest, then map them with an appropriate tool - It may not be trivial it may need the mouse to get a specific message from the system, as with their keyboards, and this may need some hacking around.

That said, all this is meant for physical systems. You might be able to configure a keyboard shortcut in windows then bind that to something on linux or to passthrough the mouse to the vm, possibly. I tried the former and it worked. The latter resulted in a frozen, unusable mouse. Quite frankly, the question as originally written was entirely plausible. The current scenario, post edit is just not something thats worth the effort.

53
Getting macro keys from a Razer BlackWidow to work on Linux
34
Back / Forward mouse buttons do not work in VMWare Workstation 6.5 Guest OS

34
Back / Forward mouse buttons do not work in VMWare Workstation 6.5 Guest OS
3
VMWare player grabbing mouse focus
0
mouse side buttons not working in Windows Vista (jsco jnl-101k)
46
Two mice, one left handed and another right handed. At the same time
2
Mouse side-buttons and keyboard browser buttons are reversed
1
Elementary OS Luna 0.2 Synaptics Touchpad settings persistent
11
When installing Mint Linux in VMware player which OS version should I select?
0
Can i change side buttons on mouse on mac?
4
Program side mouse buttons without additional software?