I want to install Ubuntu 13.10 on my MSI GE60 laptop, but it doesn't see my USB. In another PC I see them. I tried to but with UEFI CSM (compatibility support module) or something like that, but it doesn't work. I also updated my BIOS to the newest version .

I tried using Ubuntu tutorial, but nothing works for me.

EDIT I can boot grub in efi mode. (On efi-cms i cant boot from us) Live cd dont boot but instead i see prompt.

Edit x2 Ok it was invalid format maybe i need to format usb in fat instead of ntfs. Edit x3 I see Install Ubuntu(or sth like that) but when i press enter i see black screen of nothigness. And i have disabled secure boot and fast boot.

I think the only way is install in legacy and pray that it will works in someway. I spend on this too much time. I even write email to msi and ask them about this.

Edit x4 There is possiblity that uefi msi implemntation is preventing me from install ubuntu https://forum-en.msi.com/index.php?topic=169082.0

I tried step by step what you said but it always end with black screen. I save option with F10(Ctrl=X doesnt work for me).

EDIT x5 I have 765m GTX maybe this will help you. Edit x6 I tried lubunt and it ends with black screen also EDIT x7 I am accepting his answer but i am looking forward for better one. why because it my helps someone. I think even it can helps a lot of people. But I was looking for better answer. Edit x8 Trying all possible distribution atm everyone like Debian(netinstall) ends with black screen.

Arch is working but i dont want to install this from console mode it is to easy to break sth. And i dont have idead how to transform arch to ubuntu later.

How to make a bootable USB flash drive with UNetbootin

In order to make an Ubuntu live USB for installing Ubuntu, use UNetbootin (Windows/Mac/Linux). The flash drive you use should be 2GB or larger, plus whatever additional space on the USB drive you want to use for persistent file storage, and formatted to FAT32. For Ubuntu 18.04 and later the flash drive should be 4GB or larger. UNetbootin will automatically format the USB flash drive as FAT32 if it is not already formatted as FAT32. In either case the formatting procedure will delete all of the files that are already on the flash drive. 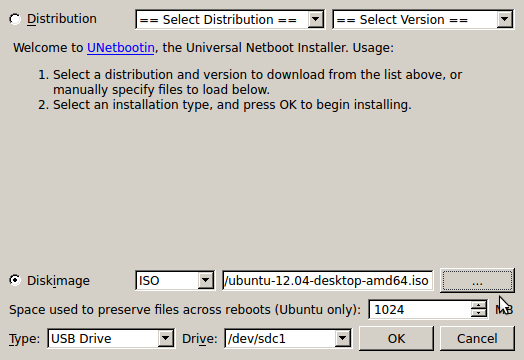 In order to enable your computer to boot from the USB flash drive, you must enter your BIOS/UEFI setup utility by pressing one of these keys: Delete, F2 or F10 as soon as the motherboard splash screen appears when the computer is booting. In the BIOS/UEFI menu, you need to change the boot order so that the USB flash drive, which is usually called USB-HDD in newer computers, is the first entry in the boot sequence, and then save your new settings and exit the setup utility.

Look at the answers to this question at Ask Ubuntu Q&A: My computer boots to a black screen, what options do I have to fix it?.

In particular this excerpt from one of the answers, by Jorge Castro, to the above question may be helpful: 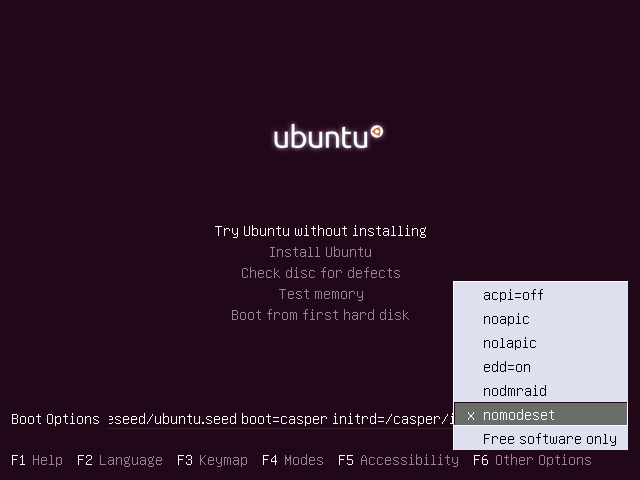 You can also try acpi = off and nolapic if nomodset also shows up as a black screen.

How to do it is in the answers to another question: Installing Ubuntu on a Pre-Installed Windows 8 (64-bit) System (UEFI Supported).

The power consumption of the GeForce GTX 765M GPU should be between 50 and 75 Watts! That's a lot of power and it could definitely make USB boot go to hell. The GPU has 3GB of built-in RAM. That could cause booting problems as well. Your GPU could be sucking power from the USB flash drive. If the USB port is not getting enough power, then almost any live distro that you try to run from the USB will freeze.

Not the answer you're looking for? Browse other questions tagged ubuntu windows-8.1 uefi or ask your own question.

0
can't install windows 8.1 after Ubuntu install
2
Error 0xc000007b when trying to start \EFI\ubuntu\shimx64.efi (Ubuntu) through Windows 8.1 Bootmanager on an UEFI System
1
Restore boot without formatting (UEFI)
18
How to make UEFI bios start GRUB, not Windows?
1
How to use windows bootloader to dual boot windows and ubuntu on uefi?
3
How to install Ubuntu on Odys Winbook 14 - USB booting via uefi not working
0
Where does the BIOS get the boot options from and how do I remove them?