Unable to move my mouse to second screen Windows 8

How do I fix this?

You displays are not ordered correctly. Right click on the Desktop background and go to Screen Resolution. You can then drag and drop the monitors into the right locations.

I had the same issue and solved it by changing the output of the extended screen to: 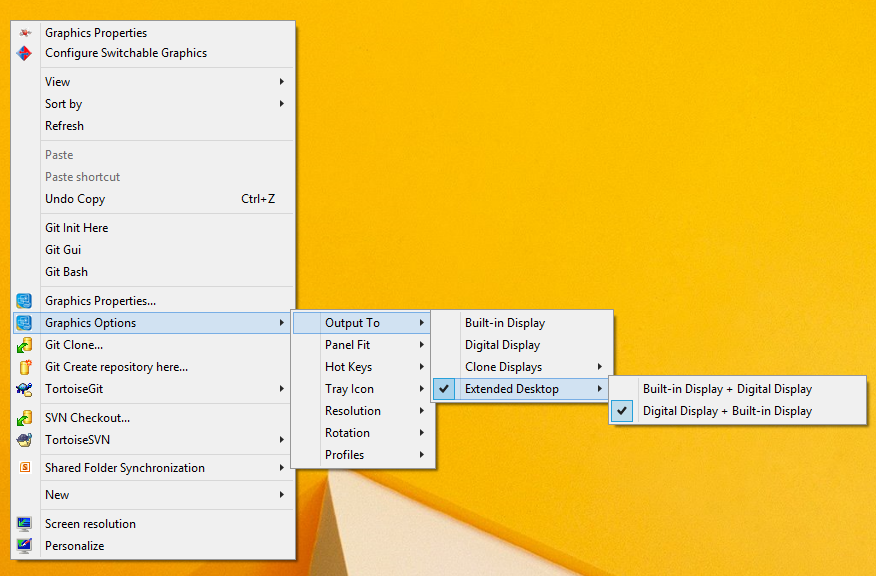 I suffered briefly from the same problem and followed user Keltari's answer above, upon which I thought to enlarge now. I didn't see OSIFY's answer until I had already fixed the solution.

5
How can I get mouse capture to work in virtualbox when I move guest window to second monitor?
0
Lenovo T500 with Windows 8 : black screen with cursor
1
Devices menu - project to second screen with only one monitor
2
Windows 8 not remembering to project on second screen
1
Synergy Multi Monitor Client/Server Config Mouse shift Issue
1
Dual monitors - temporarily disable mouse travel
1
How to move mouse between 4 monitors
1
Second screen - how to avoid a mess and offscreen windows (Windows 10)