I tried using IfranView, but it only does file conversion or file rename via a batch job. The picture frame is a ViewSonic VFD820 and all the photos were taken on an iPhone. If there is no solution, I will write something myself (script, then a C# program eventually).

Picasa has a batch edit mode where you can change the view to landscape. 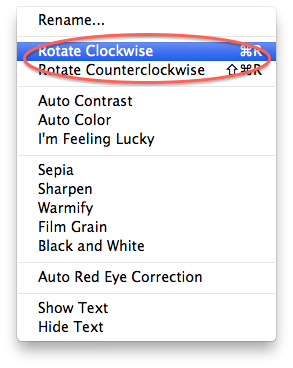 Not the answer you're looking for? Browse other questions tagged image-editing exif or ask your own question.

19
Version control for images
2
Batch-Resizing images in OS X to a certain height
1
How to concatenate two images?
2
ACDSee alternatives for batch editing images
14
How can I edit banknote images in Photoshop CS?
2
How to crop images in batch and then re-crop the same way
2
Batch Inverting .PNG Images while maintaining transparency
1
I need to make the same crops on multiple images in photoshop?
0
How to batch split images using Image Magick