Trivial File Transfer Protocol (TFTP) is a file transfer protocol notable for its simplicity. It is generally used for automated transfer of configuration or boot files between machines in a local environment. Compared to FTP, TFTP is extremely limited, providing no authentication, and is rarely used interactively by a user.

If you try to connect to a TFTP server using WinSCP or Windows Explorer, most likely those applications are trying to establish an authenticated FTP or SMB connection with the server. Try using an application like TFTPD32, which can be run as a TFTP server, but you will want to run it as a client to connect to your PXE/TFTP server and download the file you want.

Alternatively to tftpd32, you can also use PumpKin to access remote TFTP sites. 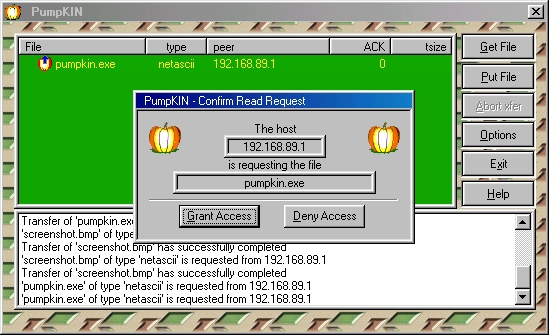 Not the answer you're looking for? Browse other questions tagged linux windows winscp pxe tftp or ask your own question.

0
PXE Download Files from TFTP Server
2
How do I PXE Boot Only when I want it to without user intervention?
2
Installing linux (Lubuntu) through PXE boot?
1
Install Linux using PXE
0
Unable to TFTP clonezilla files from WDS' TFTP server during PXE boot
2
How to PXE boot over WAN
0
PXE Boot Proxmox
0
PXE boot over routed network