Why does CPU-Z say the channel number is “single?”

When I use CPU-Z it lists the DRAM frequency much lower then it is supposed to be, and says "channel # single" does this mean it's running in single-channel mode instead of dual?

Also in memtest while it doesn't list any errors it sees the RAM as an even lower speed, and as DDR2 instead of 3. are these programs misdetecting the hardware or is there a serious problem with the RAM modules?

When you buy a RAM module (say DDR3-1600 MHz), you buy a memory module that has a theoretical speed of 800 MHz. That's the way it is, when you are buying, the naming has the value which is double the actual operating frequency. The reason behind this is the RAM being DDR: Double Data Rate. They transfer two chunks of data in one clock cycle.

Now knowing that you have a theoretical speed of 800 MHz, you should also keep in mind that it is theoretical, not practical. 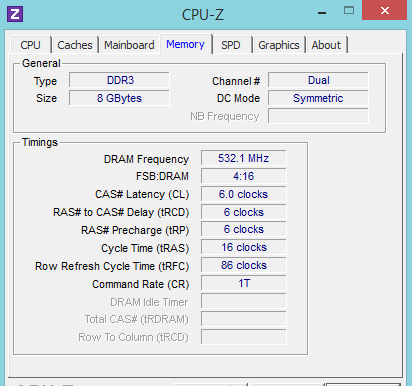 There is also another issue about RAMs when the modules installed on your system are not operating at the same frequency. The RAM operating on lowest frequency determines the bus speed for CPU-RAM communication. So if you install a, say DDR3-1033 MHz RAM beside your DDR3-1600 MHz RAM, the bus will adjust to the 1033 MHz one. Thus, it will not be optimal for the DDR3-1600 MHz RAM. In addition, the system won't be able to use Dual-Channel architecture and your CPU-Z program will display Channel # as Single, not Dual. This is the reason you should choose identical RAMs for your system.

I have looked up your motherboard's manual. 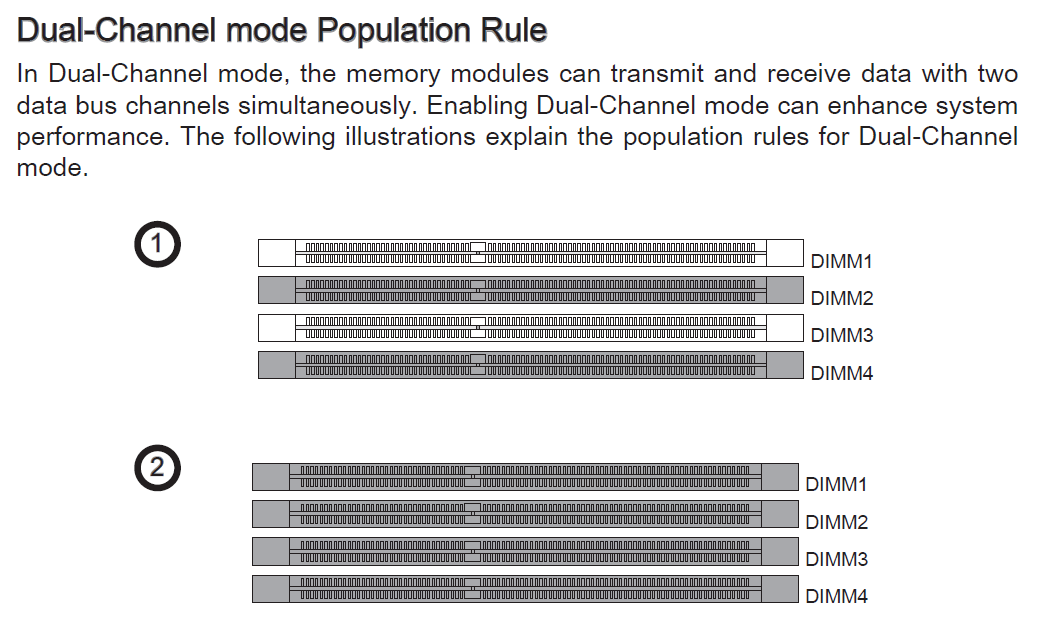 It states that you should first populate the black-color-coded slots first. So installing the modules on DIMM1 and DIMM3 (blue slots) may have caused your problems. 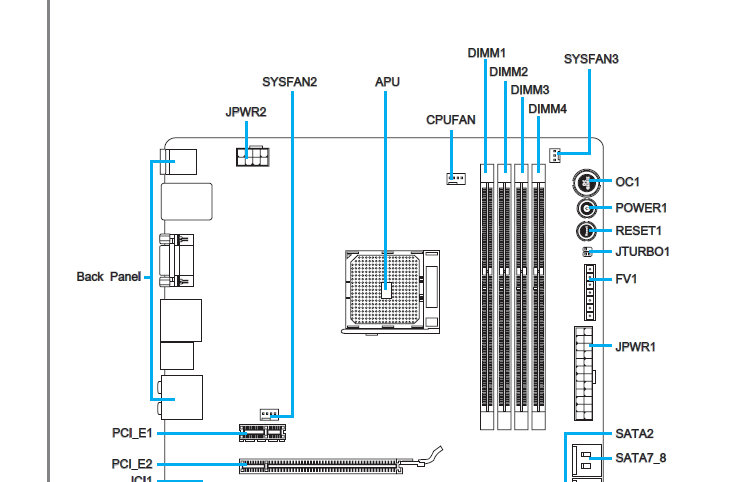 10
Which slots are proper to install 2x8GB of RAM?