How to block a key combination containing two base keys

On Windows, how can I block a key combination like Alt+F2+F8. Note that I have two base keys (F2 and F8) in it. Usually you can only block key combinations with one base key and up to three modifiers (Shift, Ctrl, Win).

With a small utility called KeyCodes I monitored what Windows sees when holding down Alt+F2+F8.
No surprise here. 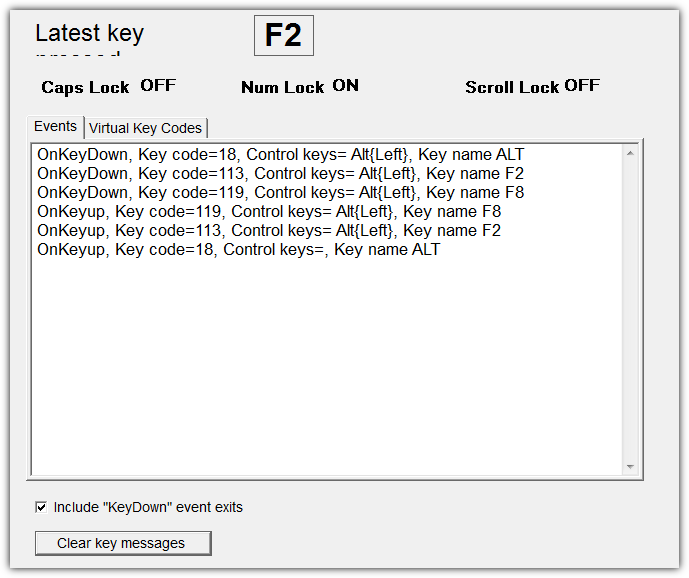 The following hotkeys cannot be set:
[...]
Any global hotkeys a user has defined using third-party software, any combos of two or more "base keys" such as '{F1}{F2}', and any keys of the form '{LALT}' or '{ALTDOWN}'.

Q: How can I block a key combination containing two base keys

I think this (untested) AutoHotKey script will work :

Maybe you can give AutoHotKey a try, with this script:

It blocks F8 when AltF2 is pressed, and let it go through otherwise. I tested it here, but I'm not sure it's the behaviour you exactly want...

Not the answer you're looking for? Browse other questions tagged windows-xp keyboard-shortcuts or ask your own question.