So, this morning, I was happily listening to music on my laptop, when in the afternoon, it just stopped working for no apparent reason. The only thing I have done was rebooting the computer, and Windows 8.1 claimed to be finishing configuration of updates (yet update history claims the last update took place over a month ago.) That's literally all the info I can give when it comes to the cause - I have no idea.

So anyway, what does it do? When any sounds play, the Windows sound mixer shows the proper output device, and the sound level indicator correctly jumps up and down as if sound actually worked. When I plug an HDMI device in, sound works fine - it's the onboard audio card which causes the issue.

What have I tried? I have done a whole bunch of basic troubleshooting steps:

Basically, I have tried everything I can possibly think of short of reinstalling the system, which is something I do not want to do.

So, what's wrong with my sound? Why me? And most importantly, why can't I listen to internet radio while working?

Have a look at this thread for a similar issue with your laptop. The solution there is to contact support and probably arrange some sort of repair.

I have something for you to try, and a solution for you as well.

Try this: Boot off a live USB of windows or your favourite operating system. See how your sound card functions here.

Quick fix: Buy a USB sound card. About USD$10 where I live, perhaps it is cheap for you too. This is the easiest and cheapest way to get a permanent fix if you don't mind the bulkiness. Laptop sound cards are normally hard to replace. 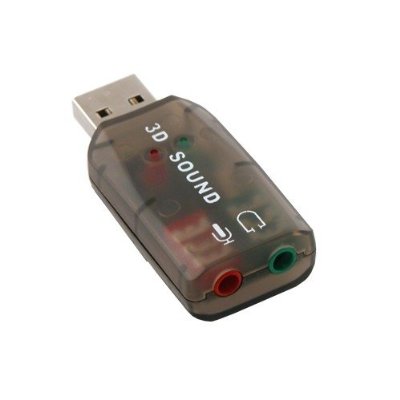 Not the answer you're looking for? Browse other questions tagged windows-8.1 audio drivers lenovo-laptop sound-card or ask your own question.

3
Listen tab not available in Windows Microphone Properties
2
No sound and every game crashes on sound issues (but everything ok in device manager)
2
Headphones stopped working in windows 8.1
2
“The Audio Service is not running” Windows 8.1 Lenovo G500
0
Just upgraded from window 8.1 to window 10 and there's no sound enhancement tab
0
No sound in lenovo yoga 2 except when connected to HDMI
1
Windows 10 Sound not working
0
Sound Not Working Windows 10 v1809