Problems cloning my display on to an attached TV

I've got an Asus N56VZ, and a Sharp Aquos LED HDTV. I wanted to project my games to my TV via HDMI (so that others can watch), but gaming on a smaller screen feels more natural with a mouse and keyboard - especially on RTS games. So instead, I want to duplicate my display.

When my laptop was running Windows 8 (and the default drivers when it was brand new), I could press Win + P, select duplicate, and this would work.

But ever since I've upgraded to Windows 8.1, it no longer does. I also noticed that since the upgrade, an Intel Display Driver was installed, and it can no longer do Duplicate displays.

Actually, the first time I plugged in the TV via HDMI to my laptop, the display got duplicated without my prompting. As I was not playing anything, I thought it best to stop projecting to the TV and turn it off until I set things up.

Then it never worked again.

I tried fiddling with the Intel Display Driver via the context menu from the desktop, and I saw a "clone to" option, but it never seemed to work, instead, it does option two from above.

I also tried fiddling with the nVidia Display Driver, via the nVidia Control Panel, but saw no option to clone my display.

This link says the OP solved it by 'merging' the displays using nVidia, but provided no instructions on how to do so.

My research on the net says something about nVidia Optimus messing something up, but I'm reluctant to touch that - isn't it responsible for switching between Intel and nVidia graphics on the fly for battery saving?

I'll upload pictures if they are needed.

I tried uninstalling my Intel Display driver in preparation for a new install. Boy, was that a mistake - I can't install anything I've downloaded from their website (64 bit): 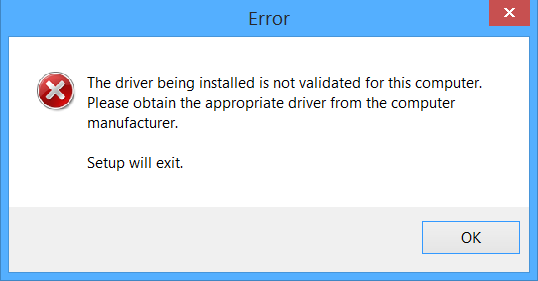 Trying to manually update the Driver via Windows 8's own device manager tells me that "Windows has determined the driver software is up to date." when it clearly isn't working as intended.

Strange, though - nothing seems to have changed despite uninstalling the Intel Display driver. I can still see Intel's context menu if I right click on the desktop.

Identify your Intel Graphics card and install Graphics driver for it.

Or if you want Windows to search for appropriate driver, then follow the steps below:

This will certainly fix your problem.

Not the answer you're looking for? Browse other questions tagged windows multiple-monitors hdmi nvidia-graphics-card or ask your own question.