VirtualBox not allowing me to modify IPv4 Network Mask?

I use Oracle VM VirtualBox to run a web server on my machine. I had it set up and working perfectly for a while. For the past few months it's been prompting me to update, and I finally gave in and ran the latest update (4.3.6). And... it's no longer working.

Attaching an image of what I'm trying to change - 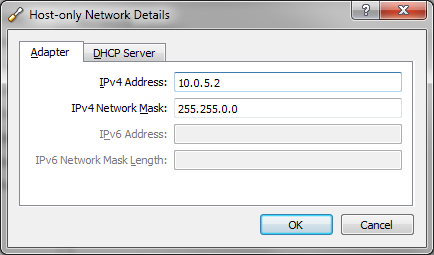 Changing only the first works, but if I try modifying the second or both the changes don't "take"...

This may be a known bug; see https://www.virtualbox.org/ticket/8796. It doesn't look like that bug is going to be fixed any time soon. Some people have managed to work around it.

Not the answer you're looking for? Browse other questions tagged networking virtualbox ipv4 or ask your own question.