I would like to take out an external 2.5" hard-drive (Toshiba MK2555GSXF 250GB SATA) out of its external case (Icy Box IB-AC603A-U3 Adaptor) and place it onto a laptop cooling pad (Zalman ZM-NC1000). The drive has recently suffered a fall and is damaged to dying. Before resorting to extreme last resort measures such as the freezing trick, I would like to ensure that it has proper cooling in place while I am attempting to ddrescue the data.

So are hard-drives airtight (hermetic)? Is there any risk of dust exposure if I set the internal hard-drive with the USB connector (without its external USB case) onto a cooling pad?

Hard drives are not air-tight - they have a small hole with a filter that allows them to maintain the correct pressure in the drive. As long as you don't block the hole, though, I don't think there should be any issues with that.

It will be perfectly OK to remove the HDD from the Icy Box enclosure. Be careful not to put any up/down force on the connectors - slide the drive until it is clear of them before removing the drive.

Any fan blowing air over the drive will keep it cool, e.g. a desktop fan. You can sit the drive on one of its long edges to get more airflow over it.

From the looks of the enclosure in the link you gave, just opening the lid of it and blowing a desktop fan on it will be enough to keep it considerably cooler than it would otherwise be in the enclosure.

Bear in mind that the HDD will have a minimum operating temperature of maybe 5 or 10 degrees Celsius, whereas a freezer may be at minus 30 degrees Celsius. Please also see Freezing your Hard Drive - A Bad Idea.

Yes, when mechanical hard drives are manufactured they are assembled in a clean room, but they are not airtight. You can remove them from their enclosure and run them but you will expose the platter(s) to dust particles/humidity and this will eventually lead to failure.

That said, if you are doing this for data recovery then it really is not going to matter much. You will no longer have a clean read/write surface, but the whole point of this seems to be that you want to get the data off the drive before it fails completely (if I am not mistaken).

After clarifying exactly what you are referring to by bare drive, I should point out that cooling probably will not be an issue. For a long time I had a WD VelociRaptor 2.5" drive sitting outside the chassis of one of my computers connected via external SATA. This drive runs at a demanding 10K RPM but only requires passive cooling. The drive itself is 2.5", but it has a heatsink built-in that makes it occupy a 3.5" form factor:

Your drive should not require anywhere near the same level of sophistication in terms of cooling as the WD VelociRaptor. But it would be a good idea to put it somewhere with good ventilation since you are going to run the disk continuously to get the data off of it.

If you ever take apart a TiVo and look where the disk drives are mounted with respect to cooling fans, you will notice there is no special consideration taken to cool the drive (short of not putting it directly over top the CPU or PSU). The only fan in a TiVo is always located next to the PSU, and blows air out. 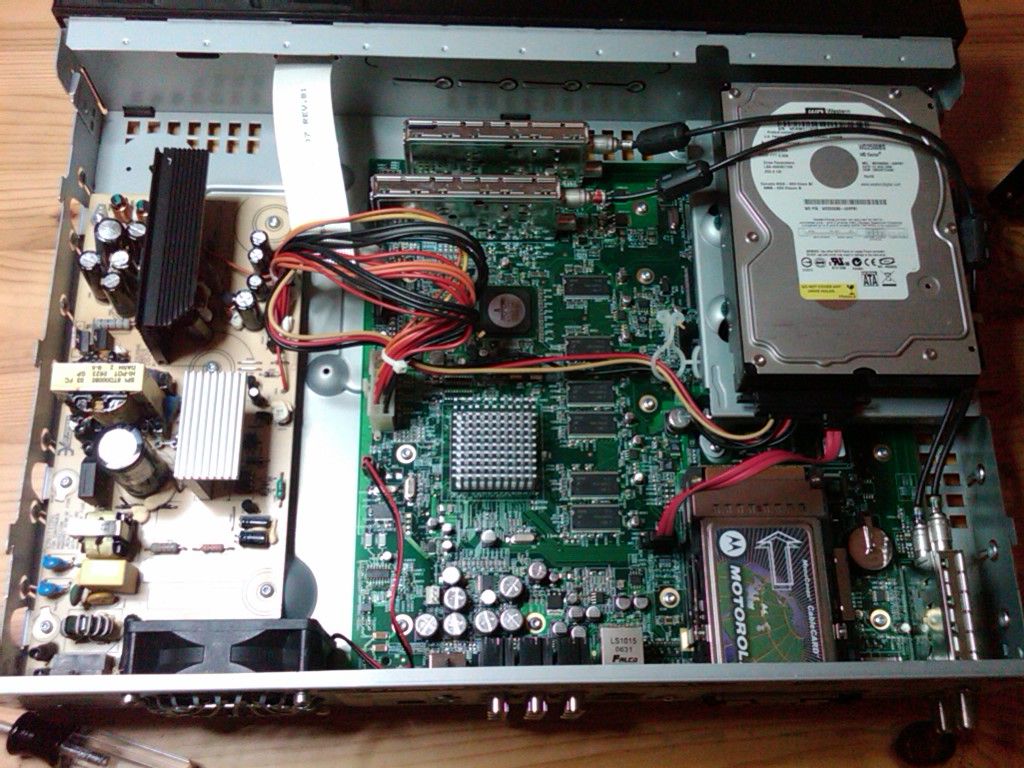 Not the answer you're looking for? Browse other questions tagged hard-drive external-hard-drive hardware-failure or ask your own question.

210
What is the purpose of the holes marked “Do Not Cover” on hard drives?
1
How to recover data from dead disk?

6
Are all hard disks suitable for external enclosure?
3
Can a disk controller corrupt hard disks?
1
New Hard Drive beeps once when started
10
Can storing my HDDs airtight damage them in anyway?
0
Copying files: Do any of the mainstream operating systems (excluding e.g. BSD/Linux with ZFS) hash files when moving them?
2
Hard drive (SATA) making trouble when connecting via USB
0
Windows 10 died suddenly, can't access hard drive
0
Hard drive not detected