Boot ISO from HDD from UEFI?

I have a Windows 8 To Go Entreprise HDD, which boots both on BIOS and UEFI systems (I'm wondering how that's done, because I need that too).

Now, I see the HDD I use for that windows is an MBR HDD, it consist of a 350 MB FAT32 partition which holds the booting file to boot the second, NTFS partition which contains thw Windows 8 To Go operating system.

on the second partition I have placed a few ISO files under \partition2\ISO\.

when booting from BIOS into the system, and using EasyBCD to create startup entries for the ISO's, the ISO's boot fine, from BIOS.

But when going into UEFI another BCD table is used, so I re-added the ISO's to the UEFI selection, but when selecting the ISO boot created by EasyBCD on the UEFI boot selection, I get the following error: 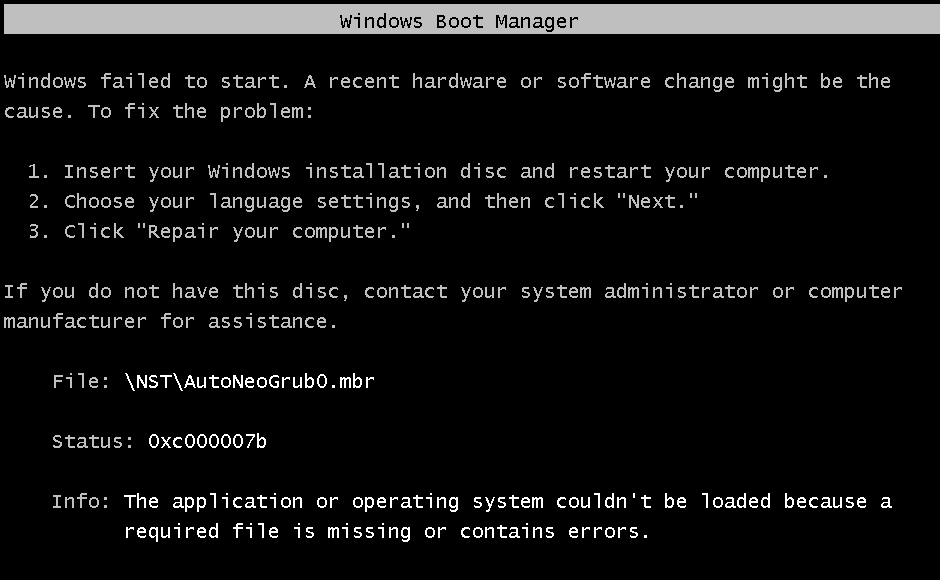 How do I make UEFI boot ISO files or FAT32 partitions with grub4dos installed? They work fine on BIOS boot.

Seems windows To Go can boot from BOTH BIOS AND UEFI, on an MBR(!! [I have read UEFI can only boot from GPT, lies, lies everywhere]) disk. So this should be possible, please help me.

You should probably start from scratch and use the tool UEFI MULTI.
The purpose of this tool is described as :

This link describes the procedure of how to create the USB disk.
The procedure is much too long to reproduce here.

Although this tool claims it can do what you want, I have no personal experience with it.

As regarding your question about how can one disk work for both BIOS and UEFI, this magic is probably achieved by using a Hybrid MBR, which is a format of the disk that looks as if it is both MBR and GPT. This is possible since GPT by design does not use the disk boot sector used by MBR. The size of a Hybrid MBR disk is limited to 2 TB, the maximum size of an MBR disk.

Not the answer you're looking for? Browse other questions tagged boot usb iso-image uefi efi or ask your own question.

1
How to boot Windows DVD without UEFI
2
Boot ISO image from GRUB4DOS on EFI machines
25
Hiren's Boot CD with UEFI support?
1
Configuring UEFI dual BIOS to boot from SSD and access a secondary HDD
1
UEFI boot not working on PackardBell easynote TV
1
Recover UEFI boot of Windows 10 after failed Linux install
0
Cannot boot with UEFI and cannot install image with BIOS - What do I do?